The Churchill Project - Hillsdale College > Articles > Truths and Heresies > Churchill for Today > Cancel-Culture: We Expected Better from the National Trust and the BBC

Cancel-Culture: We Expected Better from the National Trust and the BBC 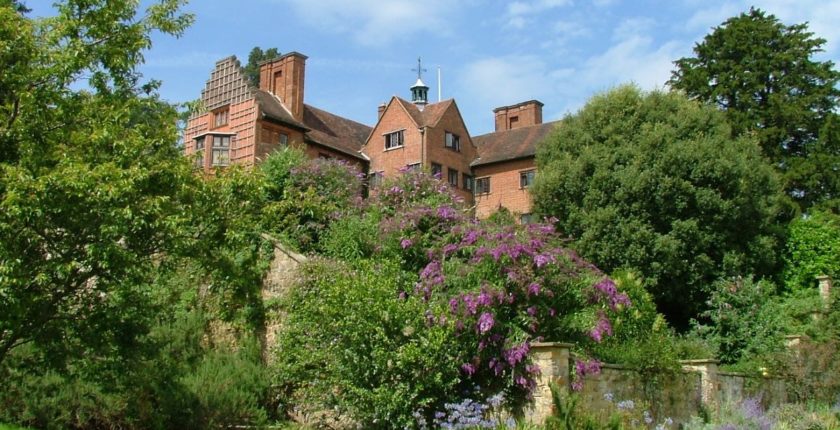 Chartwell in 2005. (Photo by Baryonic Being, Creative Commons)

When two great British institutions launch simultaneous attacks on the Greatest Briton, something is going on. The pincer assault by the BBC and National Trust on Sir Winston Churchill’s reputation crossed a line. It ought to be vigorously resisted. When a nation loses its heroes, something in it dies. These ahistorical and highly prejudiced attacks on Churchill seem to be part of an attempt to strip Britain of a heroic narrative rooted in the most glorious moments of her past.

…has 5.5 million members and is by far the largest membership organisation in Britain. In September it published a report entitled “Addressing Our Histories of Colonialism and Historic Slavery.” In it were 93 of the 300 National Trust properties said to be connected to colonialism and slavery. The list included Churchill’s home of Chartwell in Kent and Rudyard Kipling’s home Bateman’s, in East Sussex.

You’ll have noticed the subtle equation of the British Empire—overall a noble endeavour that for the vast majority of time brought great benefits for most of its native inhabitants—with the disgusting evil of slavery. By linking them, the National Trust is trying to imply a moral equivalence between colonialism and slavery. In fact there is precisely none whatever. Indeed the British Empire was at the very forefront of the campaign against slavery for most of the 19th century. Thousands of Royal Navy sailors dying in the struggle to eradicate it.

A  National Trust report entitled “Addressing Our Histories of Colonialism and Historic Satanism” could not be more blatant. This is propaganda—a foul attempt to equate imperialism with evil. Winston Churchill, a proud imperialist, personally fought in a campaign to end slavery. That was in Sudan, as practised in 1898 by the followers of the Khalifa. There Churchill took part in the last great cavalry charge of the British Army. After victory at the battle of Omdurman, slavery in the Sudan was abolished. So why is the National Trust trying to smear his—and the equally blameless Rudyard Kipling—in this way?

Similarly, the BBC’s present campaign against the reputation of Winston Churchill has crossed a line. It has gone from perfectly understandable criticism of his (rare) racial epithets into an area of accusations of genocide. Particularly concerning Indians, these charges are simply not backed up by the historical evidence, indeed contradicted by it.

There have always been large areas of Churchill’s career open to criticism, at the time and subsequently. Early on he opposed women’s suffrage, and supported the Black and Tans’ counter-terrorism in Southern Ireland. Churchill initiated the Dardanelles Expedition of 1915-16. In 1925 he took Britain onto the Gold Standard. In 1938 he supported King Edward VIII during the Abdication Crisis. All these have long been legitimate areas of controversy.

Yet since Churchill’s statue in Parliament Square was vandalized during a Black Lives Matter demonstration in May, our national broadcaster has abandoned its commitment to objectivity and facts-based journalism. It has instead orchestrated anti-Churchill campaign across its radio, TV and especially online branches. It has shamefully supported the lout with the spray-can (since convicted of vandalism) against the vast body of Churchill scholarship.

The latest example of this was a “News at Ten” segment alleging that Churchill was culpable for millions of deaths during the 1943 Bengal famine. Simultaneously in BBC’s online news, Indian correspondent Yogita Limaye claimed that he made the situation worse.” No-one was invited to offer the pro-Churchill point of view, such as Economic History Professor Tirthankar Roy. Or Pulitzer Prize-nominated historian Arthur Herman, who has written: “Absent Churchill, Bengal’s Famine would have been worse.”

The BBC did not mention that Second World War was being fought during the whole course of the famine. Britain, therefore, could not buy rice or other foodstuffs from Burma, Malaya or Thailand which were under Japanese occupation. Neither did the BBC mention that submarines in the Bay of Bengal made shipping rice to eastern India extremely dangerous. Yet Churchill found and sent hundreds of thousands of tons of foodstuffs for Bengal. His entreaties to some of Britain’s allies were rejected. Would a racist genocidal maniac keen to kill Indians have done that?

Soren Geiger, director of research for the publication of The Churchill Documents, writes of Volume 19 (September 1943 to April 1944, 2700 pages): Its “plethora of documentary evidence” demonstrates “the great lengths the British government went to for the sake of those suffering in India.” One cannot expect BBC researchers to wade through scores of documents. But it should not completely ignore the testimony of those of us who have.

Churchill called some of the Hindu nationalists who were trying to expel the British from India during the war “beastly people with a beastly religion.” Yet that epithet has been used to support the idea that he was in favour of starving millions of innocent people to death. Nobody quotes the encomia he made to the Indian soldiers in his war memoirs, or his description of Jawaharlal Nehru as “the light of Asia,” or any of the times in which he expressed enormous pride in the massive growth of India’s population under the British Empire. These are not the views of a genocidal racist.

That is why he protected Punjabi farmers from Afghan raiders, why he helped liberate the Sudanese from fundamentalist fanatics. That is why he kept Lesotho and  Basutoland from the clutches of Afrikaaners, whose racial hatreds he criticised. In Africa Churchill strove for native rights, always an uphill struggle with the Boers. None of this is mentioned by the BBC.

Churchill undoubtedly made occasional slighting references to non-whites. Yet he never once used the N-word—as did Karl Marx, Beatrice Webb, H.G. Wells and Leo Amery. Nor was he ever as rude about blacks as Mahatma Gandhi. In Africa, Gandhi wrote, white people should be “the predominating race”; blacks were “troublesome, very dirty and live like animals.’” Churchill was taught to accept a 19th century Darwinian hierarchy of races, which today we consider absurd and obscene. Yet it was thought to be a scientific fact when he was educated.

Tom Mangold, who worked for several years on BBC TV News, says its anti-Chuurchill broadcasts are “strongly related to the ‘woke’ view of white men in British history.” There was no hard news justification for the Bengal segment, no anniversary, no change in the historiography of the Famine. It was simply another opportunity to attack Churchill. Yet such views are shared by only 10% of Britons, according to the latest Policy Exchange poll.

Worse, the BBC know perfectly well that attitudes over race have changed enormously. Consider its 1960s-80s sitcoms “Till Death Do Us Part” and “It Ain’t Half Hot Mum.” Their epithets and jokes would today send BBC diversity tsars reaching for their smelling salts. Yet both continued to be shown fifteen years after Churchill’s death. It is not pure hypocrisy for the BBC to judge Churchill by standards that they do not pass themselves?

The BBC has a long history of opposing Churchill. Sir John Reith, its founder, loathed him with passion, keeping Churchill off the airwaves in the 1930s so that his opposition to appeasing Hitler would not be heard by the British people. It was a deliberate policy, rather as the present one is part of an ultra-woke agenda of appeasing Black Lives Matter. The BBC must demonstrate its anti-racist credentials by attacking a national icon who defeated the worst racist in history.

In the past, the BBC has accused Churchill of advocating the use of “poison gas” against Iraqi tribes. Yet when one looks at relevant document, one finds Churchill recommending making their “eyes water by means of lachrymatory gas.” He meant tear gas, not anything lethal like chlorine, phosgene or mustard gas. Similarly, the BBC quoted Churchill as calling Indian Muslims “pernicious vermin.” No one bothered to check the original reference, which was to tribesmen who dug up the graves of Muslim soldiers and desecrated their corpses for having fought on the side of the British.

By misquoting Churchill, or deliberately wrenching his words out of context, his detractors make him out to be far worse than he really was, although none would deny that he used epithets that today would be considered completely unacceptable. In the meticulous research conducted by the Hillsdale College Churchill Project, whose digital references include everything written and said by him, the amount that could be considered racially derogatory covers less than 0.001%.

The BBC and National Trust…

…have a duty not to blacken the reputation of the greatest Briton over baseless accusations, however much they wish to ingratiate themselves with Black Lives Matter. The Famine was a natural catastrophe that started when a cyclone hit Bengal in October 1942. It destroyed both the essential rice crop and the road and rail links over which relief could come. There was undoubted negligence over the response to the famine on the sub-continent, too. That should primarily be blamed on the Viceroy of India, his council, and the Bengal provincial government, which had been devolved to Indians since 1935.

The idea that Winston Churchill, fighting the Second World War in London, can be held responsible for deliberately worsening the Famine out of racial hatred against Indians is simply wrong, as all the best-informed, serious historians of the subject attest. Yet that is not enough for the BBC and the National Trust. They have crossed the line from responsible journalism or academic honesty into deliberate, muck-raking sensationalism.

This article was also published in German by Die Weltwoche. We have added links  to related articles on this website. Andrew Roberts is the Roger & Martha Mertz Visiting Reader at the Hoover Institution at Stanford University. His biography, Churchill: Walking with Destiny, is the only work meriting two book reviews on this website. See “Man of the Century” and “The New Churchilliad.”