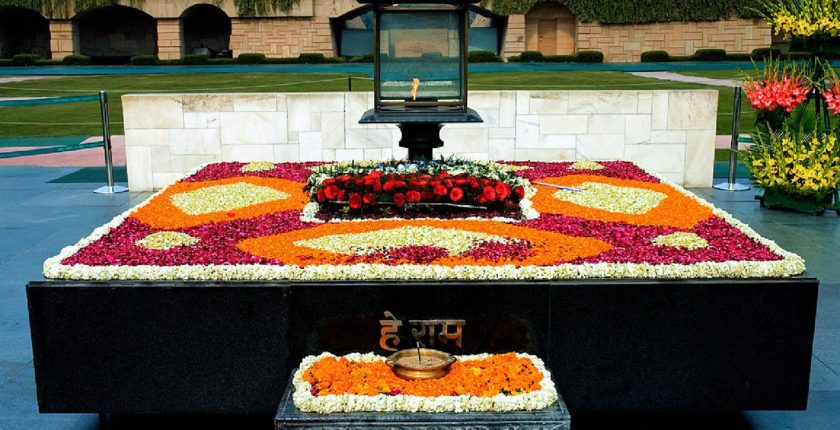 Did Churchill have anything to say when Gandhi was assassinated on 30 January 1948? —J.M., Rye, N.Y.

We thoroughly checked Sir Martin Gilbert’s “wodges” of material for our upcoming document volume of the official biography, The Opposition Years (1945-1951), and the online Churchill Archives. We found no comment public or private by Churchill on Gandhi’s death.

“There was one public man, however, who did not publish a tribute. Neither then or later did Winston Churchill ever express any regret at the passing of his longtime rival for India and Empire. For Churchill, Gandhi’s death was just one more killing in the slaughter that had been going on since 1946. ‘An awful tragedy has already occurred,’ he told the House of Commons. ‘At least 400,000 men and women have slaughtered each other in the Punjab alone.’ This was more, he pointed out, than all the losses of the British Empire in World War II.”

(Modern estimates put the losses during the “Transfer of Power” in India in 1947 at 750,000, the majority occurring in the Punjab.)

On 589 Arthur Herman footnotes: “An angry Labour MP rose to point out, correctly, that millions had died during the 1943 famine under Churchill’s watch. Churchill replied, also correctly, that under British rule India’s population rose by 100 million and that there was a difference between failing to prevent food shortages and deliberate murder.”

The Churchill Project, “Churchill on India” (2015)

The Churchill Project, “Did Churchill Cause the Bengal Famine?” (2015)