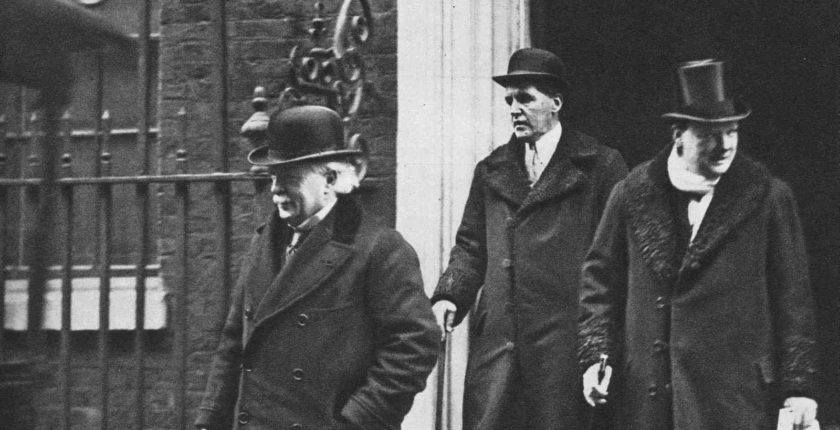 The Irish, a people conversant with history, admire Gladstone, the 19th century prime minister and supporter of Irish Home Rule. Fewer will cite the governments led by H.H. Asquith and David Lloyd George, which advanced Home Rule and, after World War I, pushed through the Irish Treaty, leading to Ireland’s independence. Winston Churchill is unfairly dismissed as an steadfast foe of Irish liberty. Yet he was in both those governments. He fought hard for compromise, supporting Home Rule before the war, and the Irish Treaty afterward.

Discussing Churchill’s final views on Ireland, Professor Paul Addison (author of Churchill on the Home Front) refers us to an astonishing passage Churchill wrote in The Aftermath, his fourth volume of The World Crisis, in his chapter on the 1922 Irish Treaty. One could hardly get higher praise from Churchill than this:

No one can expect that the hatred and prejudices of centuries will pass away in the passage of our short lives. But that they will pass away in the merciful oblivion of time and in the recuperative fruitfulness of nature seems to be a good and fair hope. Fifty years of peaceful association and new growth must bring the study of common interests increasingly into prominence. In the undying words of Henry Grattan: “The Channel forbids union; the Ocean forbids separation.” Two ancient races, founders in great measure of the British Empire and of the United States, intermingled in a thousand ways across the world, and with the old cause of quarrel ended, must gradually try to help and not to harm each other.

Admiration for the Irish

Professor Addison was “struck by the admiration Churchill expresses for the Irish of all kinds and his high hopes of the Irish Free State, later dashed of course. He must have detested de Valera for undoing the Free State, in which he clearly took a paternal pride.” (The Free State, a Dominion under the British Crown, was repudiated by Ireland’s executive council president Éamon de Valera’s 1936 External Relations Act, which transferred the Crown’s functions to the Irish government.)

Addison’s is an astute observation. Ireland excited Churchill’s passions, which in the end were positive. His remark in The Aftermath suggests thoughts that may be taking place in our own time. To Churchill, Ireland like Britain was part of the larger Atlantic Community. This he regarded as of paramount importance to Britain.

Churchill always respected Irish patriots and heroes, like Michael Collins, the IRA leader turned negotiator in the Free State talks. He particularly admired the Irish who fought alongside the British in both World Wars.

In World War II Paddy Finucane, an Irish volunteer RAF pilot, destroyed thirty-two German aircraft before being shot down over France. After the war Churchill said, “the hands of heroes like Finucane seem to stretch out to soothe [any bitterness] away.”

“No one knows what they are…”

In “The Dream,” his imaginary conversation with the ghost of his father in 1947, Churchill penned a wistful coda to his long Irish experiences. Lord Randolph is grilling his son on world events since his own death in 1895:

“What happened to Ireland? Did they get Home Rule?”

“The South got it,” Winston replies, “but Ulster stayed with us.”

“Are the South a republic?”

“No one knows what they are. They are neither in nor out of the Empire. But they are much more friendly to us than they used to be. They have built up a cultured Roman Catholic system in the South. There has been no anarchy or confusion. They are getting more happy and prosperous. The bitter past is fading.”

Churchill could not have been happy when Dublin formally proclaimed a republic. (Republic of Ireland Act 1948, effective 18 April 1949). But his spirit of magnanimity prevailed in Britain. The UK’s response was the 1949 Ireland Act, recognizing that the Irish Republic had left the Commonwealth, while providing that Irish citizens would not be treated as aliens under British law—virtually the same status as Commonwealth citizens.

I send you my sincere good wishes on this day, being well aware of the neighbourly links which hold the people of the Republic of Ireland in close association with my subjects of the United Kingdom. We hold in most grateful memory the services and sacrifices of the men and women of your country who rendered gallant assistance to our cause in the recent war and who made a notable contribution to our victories. I pray that every blessing may be with you today and in the future. —George R.