The Churchill Project - Hillsdale College > Articles > Truths and Heresies > Churchill and the East > Did Churchill Exacerbate the Bengal Famine?

Did Churchill Exacerbate the Bengal Famine? 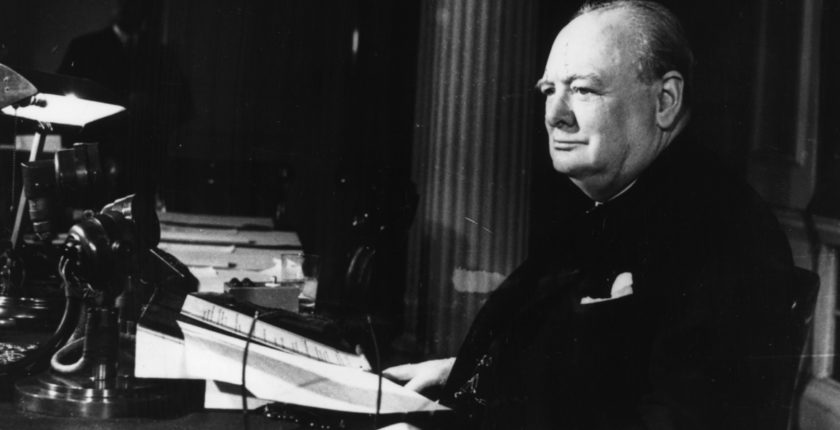 Reviewing a recent book, The Churchill Factor, by London Mayor Boris Johnson, a reviewer repeated a widespread canard about Winston Churchill that really needs to be put to rest:

When there was a danger of serious famine in Bengal in 1943–4, Churchill announced that the Indians “must learn to look after themselves as we have done… there is no reason why all parts of the British empire should not feel the pinch in the same way as the mother country has done.” Still more disgracefully, he said in a jocular way that “the starvation of anyhow underfed Bengalis is less serious than that of sturdy Greeks.” This is more than amusingly politically incorrect language: it had real consequences. Three million Bengalis died of starvation. A true historian would not have neglected this in order to suggest that the imperialist was making a stand against ‘barbarous practices.”1

There’s a good reason why Mayor Johnson omits the now-famous accusation that Churchill starved the Bengalis: it is not true. Alas, in the words of a wartime statesman, “a lie will gallop halfway round the world before the truth has time to pull its breeches on.”2

The charge stems from a 2009 book accusing Churchill of irresponsibility over Bengal that amounted to a war crime, repeated by scores of sources since. As Churchill once remarked, “I should think it was hardly possible to state the opposite of the truth with more precision.”3

The truth—documented by Sir Martin Gilbert and Hillsdale College—is that Churchill did everything he could in the midst of world war to save the Bengalis; and that without him the famine would have been worse.4

On receiving news of the spreading food shortage Churchill spoke to his Cabinet, saying he would welcome a statement by Lord Wavell, his new Viceroy of India, that his duty “was to make sure that India was a safe base for the great operations against Japan which were now pending, and that the war was pressed to a successful conclusion, and that famine and food difficulties were dealt with.” (Italics mine.)5

Churchill then wrote to Wavell personally:

Peace, order and a high condition of war-time well-being among the masses of the people constitute the essential foundation of the forward thrust against the enemy….The hard pressures of world-war have for the first time for many years brought conditions of scarcity, verging in some localities into actual famine, upon India. Every effort must be made, even by the diversion of shipping urgently needed for war purposes, to deal with local shortages….Every effort should be made by you to assuage the strife between the Hindus and Moslems and to induce them to work together for the common good.6

Again Churchill expressed his wish for “the best possible standard of living for the largest number of people.”7

Next Churchill turned to famine relief. Canada had offered aid, but in thanking Prime Minister MacKenzie King, Churchill noted a shipping problem: “Wheat from Canada would take at least two months to reach India whereas it could be carried from Australia in 3 to 4 weeks.”8

At Churchill’s urging, Australia promised 350,000 tons of wheat. King still wanted to help. Churchill feared a resultant loss of war shipments between Canada and Australia,9 but King assured him there would be no shortfall. Canada’s contribution, he said, would pay “dividends in humanitarian aspects….”10

The famine continued into 1944, causing Secretary of State for India Leopold Amery to request one million tons of grain. Churchill, who had been studying consumption statistics, now believed India was receiving more than she would need. He remained concerned about the shipping problem, “given the effect of its diversion alike on operations and on our imports of food into this country, which could be further reduced only at the cost of much suffering.”11

The Cabinet cited other causes of the famine rarely mentioned in latter-day denunciations of Churchill: the shortages were “partly political in character, caused by Marwari supporters of Congress [Gandhi’s party] in an effort to embarrass the existing Muslim Government of Bengal.” Another cause, they added, was corrupt local officials: “The Government of India were unduly tender with speculators and hoarders.”12

Amery and Wavell continued to press for wheat, and in the Cabinet of February 14th Churchill tried to accommodate them. While shipping difficulties were “very real,” Churchill said, he was “most anxious that we should do everything possible to ease the Viceroy’s position. No doubt the Viceroy felt that if this corner could be turned, the position next year would be better.” Churchill added that “refusal of India’s request was not due to our underrating India’s needs, but because we could not take operational risks by cutting down the shipping required for vital operations.”13

The war pressed Britain on all sides; shipping was needed everywhere. Indeed, at the same time as India was demanding another million tons, Churchill was fending off other demands: “I have been much concerned at the apparently excessive quantities of grain demanded by Allied HQ for civilians in Italy, which impose a great strain on our shipping and finances,” he wrote War Secretary Sir James Grigg. “Will you let me have, at the earliest possible moment…estimates of the amount of food which is really needed….”14

Churchill and his Cabinet continued to struggle to meet India’s needs. While certain that shipping on the scale Amery wanted was impossible without a “dangerous inroad into the British import programme or a serious interference with operational plans,” the Cabinet grasped at every straw, recommending:

(a) A further diversion to India of the shipments of food grains destined for the Balkan stockpile in the Middle East. This might amount to 50,000 tons, but would need War Cabinet approval, while United States reactions would also have to be ascertained; (b) There would be advantage if ships carrying military or civil cargo from the United States or Australia to India could also take a quantity of bagged wheat.15

A month later Churchill was hoping India had turned the corner when his Minister of War Transport, Frederick Leathers, reported “statistically a surplus of food grains in India.” Still, Leathers emphasized “the need for imported wheat on psychological grounds.” What were they? Amery explained that “the peasant in 750,000 villages” might hold back “his small parcel of grain” if no outside aid was in sight. He said he could ship 200,000 tons, “provided that the twenty-five ships required were surplus to the Army’s needs.” But Amery wanted double that quantity.16

Again trying to help, the Cabinet suggested that India had underestimated its rice crop. While agreeing to send the 200,000 tons, Churchill told Amery he could get another 150,000 tons from Ceylon in exchange for excess rice: “The net effect, counting 50,000 tons previously arranged [was] 400,000 tons of wheat.”17

In April, it was Lord Wavell asking not for 400,000 but 724,000 tons! Now the problem was unseasonable weather and a deadly explosion in the Bombay Docks, which destroyed 50,000 tons of food grains. Peasants were still holding back their crops, he said; rumors were circulating “that London had refused to ask America for help.” The exasperated Cabinet retorted: “If we now approached the United States and they were unable to help, it would at least dispel that allegation.”18

One can sense Churchill’s frustration. Whatever they did, however they wriggled, they could not appease the continued demands from India—even after calculations showed that the shortage had been eased.

Churchill agreed to write President Roosevelt for help, and replace the 45,000 tons lost in the explosion. But he “could only provide further relief for the Indian situation at the cost of incurring grave difficulties in other directions.”19

As good as his word, and despite preoccupation with the upcoming invasion of France, Churchill wrote FDR. No one, reading his words, can be in doubt about his sympathies:

I am seriously concerned about the food situation in India….Last year we had a grievous famine in Bengal through which at least 700,000 people died. This year there is a good crop of rice, but we are faced with an acute shortage of wheat, aggravated by unprecedented storms….By cutting down military shipments and other means, I have been able to arrange for 350,000 tons of wheat to be shipped to India from Australia during the first nine months of 1944. This is the shortest haul. I cannot see how to do more.

I have had much hesitation in asking you to add to the great assistance you are giving us with shipping but a satisfactory situation in India is of such vital importance to the success of our joint plans against the Japanese that I am impelled to ask you to consider a special allocation of ships to carry wheat to India from Australia….We have the wheat (in Australia) but we lack the ships. I have resisted for some time the Viceroy’s request that I should ask you for your help, but… I am no longer justified in not asking for your help.20

Roosevelt replied that while Churchill had his “utmost sympathy,” his Joint Chiefs had said they were “unable on military grounds to consent to the diversion of shipping….Needless to say, I regret exceedingly the necessity of giving you this unfavorable reply.”21

There is no doubt that in those fraught weeks Churchill said things off the record (but duly recorded by subordinates) that were unworthy of him, out of exasperation and the press of war on many fronts. There is no evidence that Churchill wished any Indian to starve; on the contrary, he did his best to help them, amidst a war to the death.

1 Philip Hensher, “Does Boris Johnson Really Expect Us to Think He’s Churchill?” A review of Boris Johnson, “The Churchill Factor: How One Man Made History.”  The Spectator, London, 25 October 2014. (Churchill’s reference to the Greeks was over a simultaneous Greek famine under Nazi occupation.)

3 Winston S. Churchill, “Speech Given to the House of Commons,” 8 December 1944, op. cit., 325. Greece at the time was experiencing a famine under Nazi occupation.

5 War Cabinet Meeting, 7 October 1943, Confidential Record (Cabinet papers, 65/36). Arthur Herman wrote: “We might even say that Churchill indirectly broke the Bengal famine by appointing as Viceroy Field Marshal Wavell, who mobilized the military to transport food and aid to the stricken regions (something that hadn’t occurred to anyone, apparently).” See “Leading Churchill Myths,” Churchill Centre, The Bengali Famine (accessed 10 November 2014).

11 War Cabinet: Conclusions, 7 February (Cabinet papers, 65/41). Churchill stated that “for the four years ending 1941/42 the average consumption was 52,331,000 tons, i.e., 2½ million tons less than the figure cited by the Secretary of State. This difference would, of course, more than make good the 1½ million tons calculated deficit.”