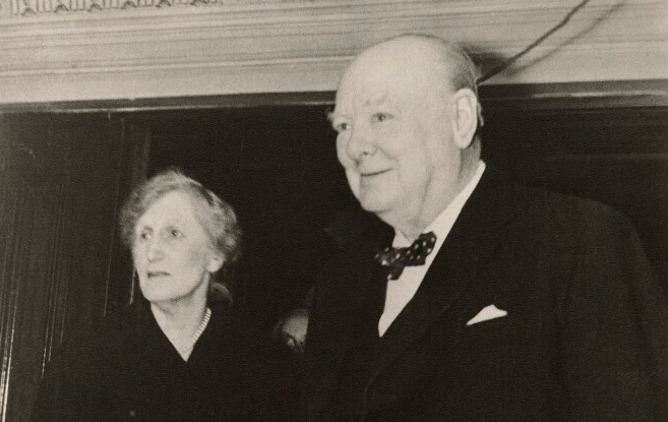 By 1922, Churchill had been in the Liberal Party almost two decades, but change was afoot. In October the Lloyd George Coalition broke. In the ensuing election, Churchill was defeated as Liberal Member for Dundee. He ran in West Leicester as a “Liberal Free Trader” in December 1923, and lost again. By now the party had split between Asquith and Lloyd George factions, and when the former threw tacit support to a minority Labour government, Churchill was gone for good. Lady Violet (she bore the courtesy title after her father was elevated to the peerage) was not happy:

I feel there is no more to be said….I rather hoped that the difference might be bridged and reconciled by events before it was known to the world at large. But of course I recognize and respect the strength and the sincerity of your conviction—though I cannot share it.15

Churchill ran and lost as an independent in a London by-election in March 1924. Finally, in October, he was elected for Epping as a “Constitutionalist.” A week later he accepted the post of Chancellor of the Exchequer under new Tory Prime Minister Stanley Baldwin. In early 1925 he formally rejoined the Conservatives. “Anyone can rat,” he quipped later. “It takes a certain amount of ingenuity to re-rat.”16

On 15 February 1928, H.H. Asquith died at age 75. His relations with Churchill had never recovered after the Dardanelles episode, followed by Churchill’s support of Lloyd George. Lady Violet remained devoted to his memory and the Liberal tradition. She now took on a more active role in party affairs, though the Liberals never again achieved power.17

“A unique degree of warmth”

In 1933, Churchill sent eight proofs of his second Marlborough volume for comment and scrutiny. One went to Lady Violet. On 11 June she wrote him, paying the book high compliments while offering only minor alterations. That he considered her worthy of so limited a number of proofs attests to the respect he had for her judgment.

She is one of only two-dozen close friends whose names appear ten times or more in the Chartwell visitors book. One such visit was on Winston’s 60th birthday in 1934. She RSVP’d his son: “My dear Randolph— (May I call you this as you were my page? A very old-though I fear now obsolete relationship!) We shall love to come to Winston’s birthday party.”18

Lady Violet and Churchill were as one on the threat of Nazi Germany. In May 1936, they appeared together at the first luncheon of a new group called the “Focus.” It was created to bring together representatives of all parties and groups opposed to Appeasement. Churchill spoke on how unsatisfactory Britain’s defenses were compared to Germany’s. The government was shutting its eyes to these facts, he said; rearmament was a matter of life and death.

Churchill, always insisted that he be seated next to Lady Violet at Focus luncheons. In November 1936, he ordered his favorite vintage port. When asked whether there was any connection between the two, Churchill replied: “Both of them generate a unique degree of warmth.”19

“God bless you and keep you—& England”

Churchill and Lady Violet often exchanged crucial information. On 28 November 1939, she wrote: “I had a most interesting 2 hours talk with [Edward] Beneš [President of Czechoslovakia, 1935-38] about Russia yesterday—which I should like sometime to tell you about. He appears to me to be better informed than most people about the ‘riddle wrapped in an enigma.’”20 When her friend became Prime Minister in May 1940, her message was heartfelt:

Dearest Winston, My wish is realized—I can now face all that is to come with faith & confidence. I know, as you do, that the wind has been sown, & that, we must all reap the whirlwind. But you will ride it—instead of being driven before it—Thank heaven that you are there, & at the helm of our destiny—& may the nation’s spirit be kindled by your own. God bless & keep you—& England.

Churchill’s coalition government included the Liberals, and Lady Violet remained a close confidant. In 1941 he appointed her a governor of the BBC, a position she relished and held until 1946. In 1942, bad news piled up from Singapore to Libya, and Churchill shared with her his inmost feelings. On 12 February Harold Nicolson recorded:

She had been to see Winston yesterday, and for the first time in their long friendship she found him depressed…. underneath it all was a dreadful fear, she felt, that our soldiers are not as good fighters as their fathers were. “We have so many men in Singapore, so many men—they should have done better” [he said]. “It is the same of course, in Libya. There is something deeply wrong with the whole morale of the Army.”22

Violet always had concerns for Churchill’s health. On 6 January 1944, after his rebound from pneumonia, she wrote of her

inexpressible joy in your lightning recovery. My heart stood still when I heard of your illness—but not for long…. The sigh of relief “heaved” by the nation was so resounding that it drowned the roar of those 100 guns that Stalin has got into the habit of letting off night after night.23

In the 1945 general election, Lady Violet stood as a Liberal and lost. In 1951, she ran again, and Churchill wrote a remarkable letter for a Conservative Party leader:

I learn from Lord Woolton that the Liberals in the Colne Valley Division have now agreed to adopt Lady Violet Bonham Carter as their candidate. I write this letter to you in the earnest hope that you and our Conservative friends in the Division will support her candidature with enthusiasm. She is a remarkable figure, and I should think probably on the whole the best woman speaker we have alive today. All her life has been spent in a political atmosphere. She has been the strongest fighter in several elections for her Father. She has a high, broad, enlightened view of the needs and duties of this country, both in war and peace.

As Leader of the Conservative Party I can assure you that the Colne Valley Association would be making an invaluable, and in some ways decisive, contribution in these perilous times if they carried her into Parliament as a Liberal Member.24

Lady Violet would have been a prop to Churchill, who was elected that year, but in the event, she narrowly lost.

From 1947-49, she was a member of the Royal Commission on the Press. In the 1953 Coronation Honors she was appointed Dame Commander of the Most Excellent Order of the British Empire (DBE). Their friendship never waned. On Blenheim Day, 13 August 1955, Churchill wrote his absent wife: “I am getting quite festive, Violet is staying with me today & tomorrow. Violet made herself vy agreeable last night and argued a great deal about her Papa, the Liberal Party & all that.”25

I count myself infinitely blessed in having known Winston Churchill as a close and dear and life-long friend. But, from the day of our first meeting in my early youth, I saw him always in a dual perspective. Through and beyond my friend, well known and dearly loved, I saw one of the greatest figures of all time upon the stage of history.

Despite frustrations and setbacks and disappointments, I was always conscious that his ultimate confidence in himself remained unshaken. He had no doubts about his star. Even in those early days he felt he was walking with Destiny and that he had been preserved through many perils in order to fulfil its purpose.26

Violet Bonham Carter’s Winston Churchill as I Knew Him (Winston Churchill: An Intimate Portrait in the U.S.) goes only to 1914. It remains one of the most honest and penetrating portraits of WSC by those who knew him. She possibly contemplated a sequel; unfortunately she died of a heart attack aged 81 in 1969. Their friendship had lasted almost sixty years.

Mr. Glueckstein, of Kings Park, New York is a Churchill writer who has traveled the world seeking people and places related to the Churchill saga.