Churchill’s Britain: So Much More Still Needs to Be Done 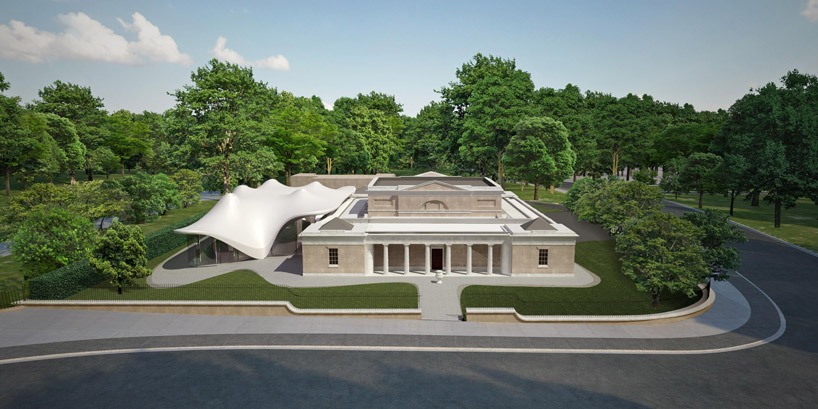 Among notable omissions in “Churchill’s Britain” is the old London Magazine on the Serpentine, Hyde Park. A Palladian-style villa built in 1805, it once housed naval cordite for the defense of London. In 1911, war threatened over the Agadir Crisis. Observing the Magazine was unguarded, Churchill sent a marine detachment. His decisive action helped convince Prime Minister Asquith to appoint him First Lord of the Admiralty, where he prepared the Royal Navy for war. For years abandoned, it reopened as an art gallery in 2013. Pre-Lockdown, it was open to the public on Tuesdays through Sundays. (Zaha Hadid Architects)

I so wanted to like this book. Having hosted ten tours of Churchill’s Britain, we’ve long hoped for a comprehensive travel guide to all the places in what Lady Soames called “The Saga.” Unfortunately, from the moment I cracked the cover, I realized this isn’t it.

The first thing one notices is: no photos. How can a book discuss Churchill’s Britain without depicting it? There is no admission information on places open to the public. The index is unhelpful. It lists names but not venues—not even London or Chartwell. I actually thought the author had skipped Churchill College until I found his map of Cambridgeshire. Likewise, to find say Ditchley, you have to know it’s in Oxfordshire. (Its map location is buried in the gutter—the maps are double-page spreads.) When you do get to what you want, you find that coverage is often sparse. Woodstock is present for Blenheim Palace; but there’s nothing about its famous haunt the Bear Hotel, or Lord Randolph Churchill’s constituency, which drew young Winston’s close interest. 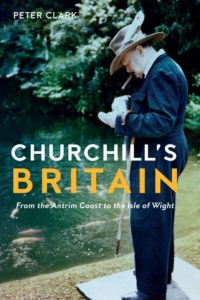 Churchill’s Britain says the West Country holds few places of interest. Yet a 1996 Churchill tour spent four days there, visiting places associated with Marlboroughs and Churchills. They included Minterne, the Digby Estate; Round Chimneys, birthplace of the first Sir Winston; Muston Manor, home of the Dorchester line; Little Churchill Farm, where the family had its earliest beginnings; Great Trill, birthplace of the First Duke of Marlborough; Ashe House, where Sir Winston thought the Duke was born; and four other private homes and churches in Devon and Dorset. Churchill’s Britain does mention Plymouth and Bristol University, briefly. Portland gets half a page, but omits the drama of Churchill sending the King’s ships to sea before the 1914 war.

London, to which Churchill’s Britain devotes 100 pages, receives good coverage but many omissions. I couldn’t find the Albert Hall or Guildhall, though lesser speech sites are included. In Hyde Park, we find nothing on the old London Magazine, where Churchill’s foresight in 1911 led to his assignment to the Admiralty.

The two London chapters are organized by postal code: SW1 and “everything else.” So to find Winston’s nanny’s grave, you must know the City of London Cemetery is in NW12. From his office at Ministry of Munitions (Hotel Métropole), Churchill gazed with ominous thoughts on Armistice Day 1918. Where is it in Churchill’s Britain? You’ll find it if you can find “Northumberland Avenue” (not in the index).

Here too is the National Liberal Club (actually on Whitehall Place), celebrated haunt of the young Winston. A more precise account of this and nearby venues is on Hillsdale’s walking tour of Churchill’s Whitehall. The book omits most of Sir Winston’s clubs: Boodles, Bucks, the Reform, the Athenaeum. I could not find the Savoy Hotel’s Pinafore Room, home of The Other Club.

Whitehall is well covered, but omits the former Carlton Hotel (now New Zealand House), where WSC dined on the eve of war in 1914, and Ho Chi Minh cooked his vegetables. Yet we find Carlton House Gardens because de Gaulle lived there, and King Charles Street because Churchill walked there. Included is the Foreign Office, where he didn’t serve, but not the Colonial Office, where he did. There he helped draft the Irish Treaty and reordered the Middle East. To its credit, Churchill’s Britain contains most of WSC’s residences (so long as you know the postal code), missing only four or five.

Creditably Churchill’s Britain addresses all four of Churchill’s Parliamentary constituencies: Oldham, Manchester NW, Dundee and Epping/Woodford. But the discussion of Woodford (1945-64) mainly involves its underwhelming statue of him, not his long career there. The book misses St. Margaret’s Bay, near Dover, where a fine Nemon statue broods over the Channel. Statues are not the book’s forte, and are unindexed. Fortunately, there are good books on Churchill as MP for Dundee and Woodford.

The Scottish coverage is somewhat uneven. Dirleton, East Lothian, an Asquith residence where Churchill was offered the Admiralty, goes unmentioned. Nevertheless there’s room for a mythical, story involving another Asquith abode, Slains Castle. Here, we are told, Violet Asquith nearly died of grief when she heard that Winston was going to marry that “ornamental sideboard,” Clementine Hozier. Happily the author doesn’t fall for the canard that she tried to throw herself from the cliffs.

Clementine’s ancestral home, Airlie Castle, is omitted, along with other notable Scottish connections. A book more about people than places should include WSC’s friend Molly, Duchess of Buccleuch, who once informed him that Chamberlain was coming to address the local Conservatives. In placing his podium, Churchill advised her, “It doesn’t matter where you put it, as long as he has the sun in his eyes and the wind in his teeth.”

Edinburgh gets short shrift, despite the many tales that hang on Scotland’s capital: Churchill’s early drive for devolution (long before it was fashionable); his visits to Scottish statesmen and famous places; the German Fleet surrender in 1919; his Freedom of the City in 1946. In Dundee, the story turns mainly on how he was pushed out of office by a Prohibitionist in 1922—never mind that he won five previous elections, one joyfully described by Luigi Barzini. Scapa Flow in the Orkneys is barely mentioned, with nothing about the tragic sinking of HMS Royal Oak, and how the Churchill Barriers prevented further attacks.

Martin Gilbert, on the second Churchill Tour spoke of “Churchill’s London,” a lecture happily still online. Stefan Buczacki, in the Churchill Companion, admirably listed all of Churchill’s residences, owned, leased and borrowed. Sir Martin had long wanted to publish his own book, Churchill’s London in Maps and Photographs. Alas he didn’t have the time, and a truly comprehensive guide to Churchill’s Britain remains to be written.