Touch of the Other – Sir Colin Coote’s The Other Club 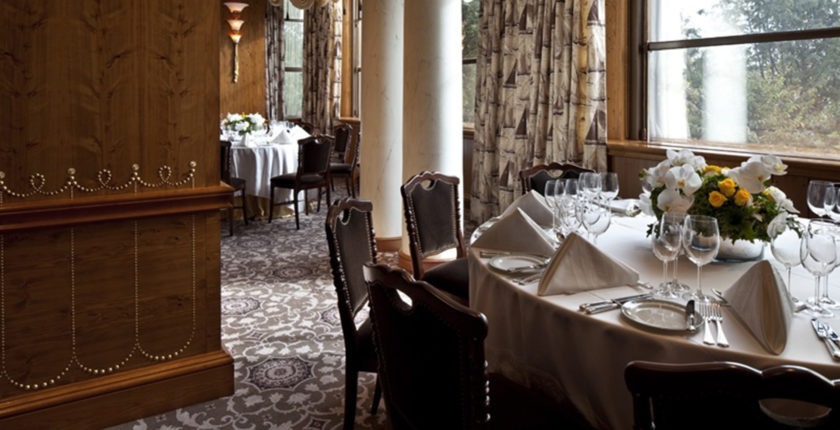 In 1911, Winston Churchill and F. E. Smith, suspecting that they had been black-balled by The Club—one of London’s most renowned gentlemen’s dining clubs—responded by starting The Other Club. This club, which is still in existence today, included members of Parliament, soldiers, lawyers, writers, artists, businessmen and journalists. Following the death of The Other Club’s two founders, member Sir Colin Coote wrote an account of the club’s history, The Other Club, published in 1971.

Excerpted from a review of Sir Colin Coote’s The Other Club (London: Sidgwick & Jackson, 1971) by Christopher Ford in the Guardian, 13 November 1971. We are sorry to report that the book today is rare and very expensive. It should be republished.

With such gusto does Sir Colin ring up the curtain: “Nineteen Hundred and Eleven! What a year in which to be born! The Edwardian era, so like the Second Empire in France, was lying in the ashtray of history, like the last cigar puffed on his deathbed by its founder….”

Sir Colin was ever a fantasist, except perhaps in his days as managing editor of the Daily Telegraph. He personally wrote a book called Sir Winston Churchill: A Self-Portrait; and he is a sort of Coalition Liberal. But now, at last, Sir Colin has found a subject worthy of a former Times leader-writer. How like matadors do his characters bestride their political ring. Modestly he keeps on denying that his Other Club is merely a group of Churchillian sycophants; but the great man, together with that Smith among Smiths, are here as Oliver Twist and the Artful Dodger. Their coruscating wit shines through these pages of history.

Rejections? “The only candidate I recall being repulsed was Sir Samuel Hoare, who shared with Sir John Simon an extraordinary capacity for getting himself disliked, coupled with a fervent desire to get himself beloved. But he probably did not know that he had been a candidate.” Only two Prime Ministers, Baldwin and MacDonald, were not members. Neither was ever proposed. Harold Wilson, though elected, never attended: “He is an agreeable table companion. He was not kept out, nor did he deliberately stay out.”

Sir Colin was ever a man of fine sensibility and delicate feelings. His sketch of Frederick Lonsdale is of one “who wrote Wildish plays without having Wilde’s habits.” One is allowed to suspect a telescope to a Nelsonian eye when he writes of a distinguished member: “Another problem is why he never married…probably he was not really interested in women as women, and acutely disliked the prospect of sharing his privacy with anybody. In life, as in grammar, there is a neuter gender.” And, indeed, in literature.

Sir Colin’s own final words can safely be left to speak for this rich panoply, this veritable War and Peace of our time: “And if even the trappings of companionship, the cadence of good talk, the contacts of fine minds, the clash of verbal conflicts, should be temporarily swamped by banality or brutishness, the theme and refrain of civilization will break through again and be heard. For the song was wordless, the singing will never be done.”