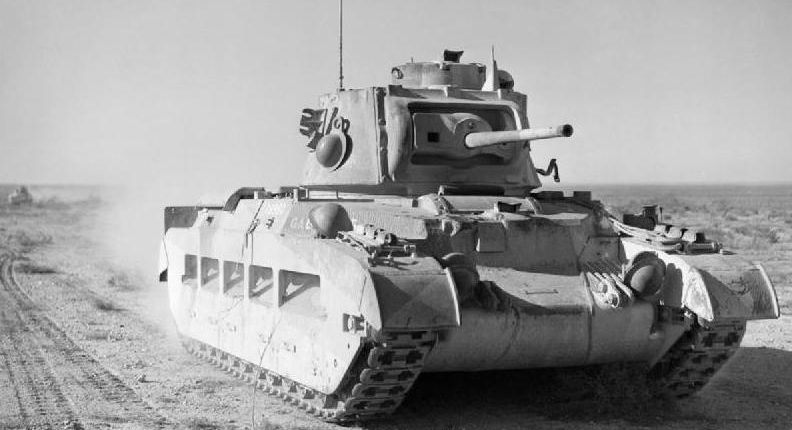 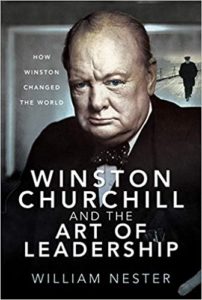 In his brief biography of Churchill, William Nester brings out the legacy and public life of the great statesman. This short work wastes few words. With terse prose, Nester paints a striking image of his larger-than-life subject. Specialists who study Churchill, and those who have read longer biographies of him, will find little here that is new. However, Nester’s biography serves as a nice introduction. Nester also offers much to ponder by those interested in Churchill’s statesmanship and the problems of modern politics.

The book focuses almost exclusively on Churchill’s public life. Its purpose is to understand how well he navigated the tumultuous politics of the 20th century. How did he wield arms, rhetoric, diplomacy, and political authority to advance his country’s interests? “[Churchill’s] enemies,” Nester writes, “condemned him for being an egoist, publicity hound, double-dealer and Machiavellian, accusations that his friends and even he himself could not deny.” One wonders when Churchill confessed to being a double-dealer, but the rest he acknowledged. Nester, however, rejects these views for a more nuanced appreciation.

Of course Churchill indulged in self-promotion, sought the limelight, and twice changed political parties. He was unafraid to use cunning and force when called by circumstance. All of this, however, he did with an eye to serving Britain and her empire, uplifting her common people, and protecting her and her allies from expansionist totalitarians. Churchill measured his success not by the prestige of his offices, but by what he accomplished for the nation.

Nester quotes Churchill’s autobiography, My Early Life: “Life is a whole and luck is a whole and no part of them can be separated from the rest.” The reader comes away with a feel for a life that can only be understood as a whole. Churchill’s victories cannot be contemplated without his defeats. His actions as prime minister cannot be evaluated absent from his early career as soldier and adventurer. WSC’s capacity for oratory cannot be appreciated without understanding his journalism and writing. His insight into the revolutionary nature of nuclear weaponry cannot be considered separately from his watching Kitchener’s army obliterate the Mahdi’s army at Omdurman.

The common thread running through the book is Churchill’s capacity for maneuver in war and politics. Throughout his life Churchill found imaginative remedies to Britain’s political and military crises. While examining all of his life, Nester concentrates on Churchill’s statesmanship during the world wars, and his role between the wars as a Cassandra whose prophecies fell on deaf ears. During this time Churchill cleverly maneuvered himself in Parliament, Whitehall, and on the battlefield.

As First Lord of the Admiralty during the First World War, he recoiled over the cost of trench warfare in manpower and morale. So he attempted to outmaneuver the enemy geographically and technologically. He sought to leverage Britain’s naval supremacy, first by plotting an invasion of northern Germany from the Baltic. Then he supported a plan to push through the Dardanelles, capture Constantinople, and force Turkey to surrender. The first plan was never executed. The second led to disaster at Gallipoli. Nester persuasively argues that the defeat was not the fault of Churchill’s strategic planning, but of Admiral Carden’s overly cautious execution of naval operations.

On the technological front Churchill had more success. He conceived and championed an armored caterpillar, flattening barbed wire under its treads and strafing enemy trenches. The tank would punch gaps in the enemy defenses that supporting infantry could quickly occupy. Unfortunately, the new war machine was deployed too early, often not deployed en masse. Even properly deployed, the resulting gains were not utilized to their fullest extent. Nonetheless, Churchill deserves credit for the role his concept played in shortening the war.

Churchill also proved adept at political maneuvering. Twice he changed his party affiliation. In both instances this effectively maintained his political relevancy. As a young Conservative he battled party leaders over Boer War policy, the army budget and tariffs. Finally in May 1904, he crossed the floor, abandoning the Conservatives for the Liberals. Although this placed him with the minority opposition, it quickly paid off after the Liberal sweep of 1906. Churchill then held influential Cabinet positions, implemented major economic and social reforms, reformed the prison system, strengthened and modernized the Royal Navy, established the Royal Naval Air Service, and secured the promise of Home Rule for Ireland.

Twenty years after joining the Liberals, Churchill returned to the Conservative Party. In part this was a protest over the Liberals forging a coalition government led by Labour Party leader Ramsay MacDonald. In Churchill’s mind, bringing the socialists into power was an unforgivable sin. The other part of this switch was strategic. In October 1924 the Conservatives won a huge majority and Prime Minister Baldwin offered Churchill the Exchequer. That election marked the end of the Liberal Party as a serious force in Parliament. In politics, timing is everything.

Although he finely articulates the power politics behind Churchill’s party switches, Nester overlooks Churchill’s consistency of purpose. Opposition to socialism figured throughout Churchill’s career. Nester could have served his readers well by explicitly stating that opposition to socialism even inspired Churchill’s move to the Liberals in 1904. He had, as the author notes, lost his first election in 1899 to Liberals who articulated the plight of working people in Britain’s industrial slums. Churchill realized then, if not earlier, that an impoverished working class could lead to socialism. Liberal policy was a bulwark against that. It promised to improve conditions for the common man, sapping socialism of its most likely source of support.

As Churchill explained in 1909, the Liberal Party “presents that steady central path of smooth yet continuous advance.” Liberalism was as remote “from the reaction of Toryism” as it was from “the wild extravagancies of Socialism.” It was the middle, moderate key “by which the millions of the masses may be brought steadily forward into a better state, into a fairer and more just equipoise of society.” It was only when the Liberal Party proved incapable of stopping socialism that he abandoned it. Just as opposition to tyranny and maintenance of the Empire defined Churchill’s foreign policy, opposition to socialism at home was the lodestar of his domestic policy.

One comes away from this book with the image of a man with immense foresight. Nester refers to Churchill as a Cassandra fruitlessly warning about the rising threat of Hitler. This is not new and anyone who knows of Churchill is aware of that story. Striking, however, are the numerous other occasions where Nester displays Churchill’s foresight— also disregarded by his peers.

For example, Churchill foresaw with remarkable accuracy the German offensive in France at the opening of the Great War. He saw this a full three years before war began. Likewise, he recognized immediately that the forces unleashed in the Bolshevik Revolution would not remain in Russia. They would be exported abroad, spark civil wars, and pursue international communist revolution in peace and war.

More impressive than his foresight is Churchill’s competency. Simply put, the man got things done. His energy was boundless, his efficiency beyond compare. In the opening months of the First World War, Churchill directed the ferrying of 800,000 soldiers across the English Channel without the loss of a single man. He took a hands-on approach to every leadership position. This was especially true during the Second World War, when he worked at least sixteen hours a day and flew across continents to conduct diplomacy with powerful leaders. Anyone daring to follow those footsteps, Nester shows, must have an energetic mind and body, competence, knowledge and firm conviction. He calls Churchill “a man of action, thought, ambition and ethics.” A great statesman must display excellence in all these things.

This is not to say that Nester is a hagiographer. Though Churchill “was a brilliant war leader,” he writes,“[his] strategic judgement was mostly flawed.” Nester blames Churchill for a number of decisions that he believes prolonged the Second World War. One was cutting short General Richard O’Connor’s campaign in Libya in February 1941, in order to send 62,000 of his men to reinforce the ill-fated defense of Greece. The protesting  O’Connor—whom Nester crowns as “Britain’s best general of the Second World War”—was replaced by a far inferior commander. In his defense, Churchill had more to consider about Greece than the military aspects. Self-respect and a desperate ally were among these.

Nester similarly blames Churchill for the carnage of the Italian campaign. The “soft underbelly” of Europe proved to be, as General Mark Clark said, “one tough gut.” Italy’s jagged mountains and hilly countryside left little room for maneuver. If Nester is to be believed, Allied armies would have been better deployed elsewhere. Again, of course, there are counter-arguments. The pros and cons of the Italian campaign are broadly laid out in The Churchill Documents, Vol. 20 (Hillsdale College Press).

Churchill once remarked: “In history lie all the secrets of statecraft.” William Nester doubtless agrees. His biography, though relatively short and in many instances cursory, is a true study of statesmanship. Churchill’s victories and defeats are not simply objects of historical curiosity. They are a guidebook for future statesmen to learn what qualities of soul and mind are needed for success.

Churchill’s political education began as boy, listening to debates in the House of Commons between his father and the other great statesmen of the Victorian era. Where public deliberation no longer reaches these heights, it is necessary to look elsewhere in the pursuit of a useful political education. The lives of the great statesmen provide an avenue. Nester highlights Churchill’s victories and defeats, and most of all, his qualities as a leader in war and politics. He opens a door, for those uninitiated in Churchill, to a serious study of statesmanship.

Mr. Wheatland is a Ph.D. candidate at Hillsdale College.