Eccentric to a Fault: The Field Collection of Churchill “Stories” 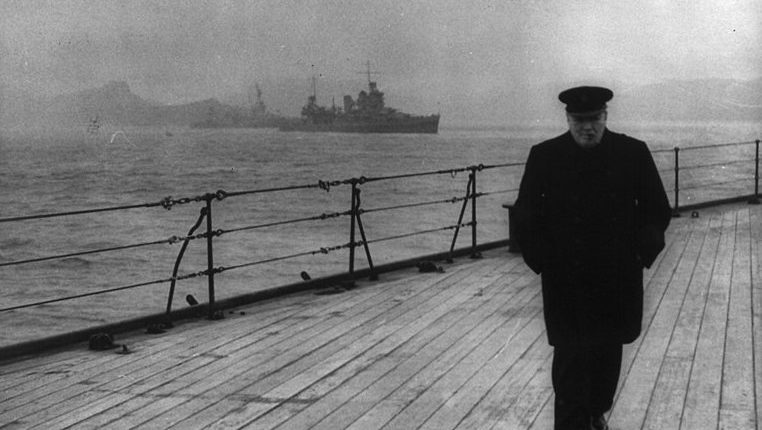 This is a difficult book to review. It is part of a peculiar, but apparently very popular, genre—though some such works are very good. The format is well known, with a succession of entries, mostly trivial, some serious. The subject is Winston Churchill’s undoubtedly numerous idiosyncrasies.

The first question in all these collections is how the “facts” are chosen. Why one rather than the next? The reader generally sees no clear pattern, except perhaps an ambition to titillate him by author Field. The entries are grouped under ten reasonably useful headings—but a good index is essential if one is looking for a precise “fact.” The index is poor, because most points of entry will annoyingly be found under “Churchill,” not their key word. There is no “Jock” entry, for instance: one has to look under “Churchill—cats,” to find the relevant page. I therefore presume that the compilation is meant to be read from beginning to end, its use for reference being limited. 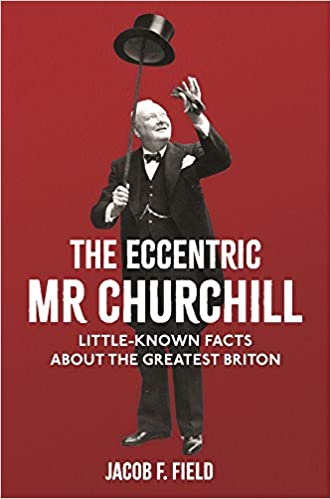 How reliable is it?

Occasional browsing is of course another rationale. But how reliable is the information, given that no sources are ever indicated in that genre? Sometimes, Field is only half right, as when attributing sending the English language into battle to President Kennedy. Field does not mention the originator of that line, Edward R. Murrow (53). Elsewhere we read that Churchill was awarded the Nobel Prize for The Second World War (66). And we read that in World War I he wore his poilu helmet instead of his Glengarry bonnet (138).

Unsurprisingly, I regret not finding sources for a number of points which were new to me. Where did Field find about an impatient Churchill using depth charges to stun fish during a cruise in 1913 (124)? Where did he read that Churchill liked to drink champagne from a silver tankard (91)? That is something a French connoisseur would consider heresy today…

Likewise, Field says WSC liked Roquefort cheese after a meal (94), ignoring the famous quote about stilton and port being like man and wife. I was also intrigued to read that Pimpernel Smith, with Leslie Howard, was one of Churchill’s favorite films (85). The only “confirmation” I found was that the film was shown aboard HMS Prince of Wales in August 1941, on her way to the Placentia Bay meeting with President Roosevelt. As for Churchill sometimes using “a portable canvas bathtub” on long flights during the Second World War (81), I was not able to trace a source.

A rich field for questioning

It seems indeed that I still have a lot to learn about “the eccentric Mr. Churchill.” I had never heard that Daisy (later Fellowes), at the Paris Ritz in 1919, asked him to her room. There he found her “reclining nude on a chaise-longue, lying on a tiger-skin” (130). Nor did I know that young Winston was nicknamed “Copperknob” at Harrow for his reddish hair (136). Really, Dr. Field owes some source data for these exotic revelations. What about “the liberal use of a skin cream called Lait Larola made by M. Beetham and Son of Cheltenham” (140)?

The misspelling of Gwendoline (39) may be pardoned, as it is a very common mistake—less so is Maxime Weygand, who becomes Maxine (149). Prince Aly Khan was not the father but the son of the Aga Khan (169). Worse is the confusion over the farewell dinner with the Queen and the Duke of Edinburgh at Downing Street on 4 April 1955: For Dr. Field, it was only a “small” dinner, the only other guest being Neville Chamberlain’s widow (164).

The two-page “Select Bibliography” is extremely select. Again, the logic behind the selection is hard to determine. Curiously it does not mention the Official Biography—only the much shorter Churchill: A Life by Sir Martin Gilbert.

All in all, I would recommend reading the book for the challenge of guessing when Dr. Field is right and when he is wrong. He does make us think hard about the sources he used for particularly arcane “little-known facts.” This might prove an enjoyable task for those who like detective work.

Antoine Capet, FRHistS, is Professor Emeritus of British Studies at University of Rouen, France, and author of the reference work, Churchill: Le Dictionnaire, soon to appear in English as an expanded edition.