“I Love Churchill” – by Cate Ludlow 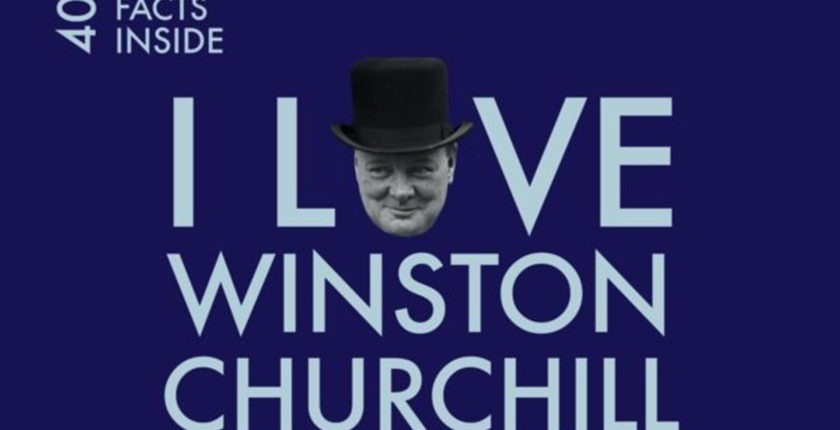 The prolific History Press in Stroud, Gloucestershire, seems to have more and more subsidiaries. Pitkin Press, famous for its tourist guides, has apparently just become part of this growing stable, although “Pitkin Pictorials” have published Churchill monographs since 1945. With an eye on the festive season and the enormous Christmas market, Pitkin commissioned this excellent little “fact book” well in time for that annual spending spree.

One must not expect an austere academic compendium, but this does not mean that this small album would be out of place in a university library. Its attractive layout has a lot to say for it when one bears in mind how difficult is it sometimes to persuade students to read anything not on their syllabus. Reference books can be off-putting, as their way of life tends to lead them to prefer to “Google” words and names rather than look them up in the impressive encyclopedias and dictionaries on the shelves of libraries. It may also be surmised that the “Did you know?” format, with its short entries which can be consulted separately, provides an easy entry point for people who do not read much.

In this world in which the image reigns supreme, the publishers have gathered an enormous number of useful and apt pictures, which sometimes face the text proper or sometimes act as a background to it. The reader hardly has a page without some illustration or other. The range is excellent, from portraits of Churchill’s parents to photographs showing him from infancy to the grave, or at least his heavy oak coffin. His varied dress is reflected, from Churchill in impeccably modest bathing costume to Churchill in the lavish robes of a Knight of the Garter, with his son and grandson equally richly dressed up behind him.

French readers will naturally expect his 1916 photograph as a poilu with his treasured French helmet, the casque Adrian modèle 1915—and it is there, on the front page of The Sketch (22 March 1916), surrounded by eleven “medallions” showing him wearing other types of headgear. This would be the occasion for most students to learn that the Roaring Lion of 1940 (a chapter is devoted to the Second World War) had in fact served in the trenches of Flanders in 1915-16.

The important people whom Churchill met through his long career—often having protracted conversations or negotiations with them—are almost all there. Curiously his old adversary, de Gaulle, is not featured, and neither is Gandhi; but we find all the kings and queens whom he revered, the Kaiser, Kitchener, Mussolini, Roosevelt and Stalin. He never met Hitler, of course, but attacked him so often in speeches and writings that his portrait is not out of place here. Sylvia Pankhurst reminds the reader of his difficult relations with suffragettes when he was Home Secretary before the First World War. If his wife Clementine naturally recurs all through the book, their children are seldom mentioned, perhaps a reflection on the unease and lack of communication which prevailed in the family when they were adults, with the exception of Mary.

As for the “facts” proper, they cover his background, career, hobbies and personality, ranging from the trivial to the historically or psychologically important, Among the former, we find that Number 10 Downing Street’s top secret phone number during the war was “Rapid Falls 4466” (fact 267); that Churchill’s beloved golden orfe “were hand-fed on maggots specially imported from Yorkshire” (317); that “one of Churchill’s favourite nightcaps was a bowl of turtle soup” (328). The book tells us that “he wore expensive (pink) silk underwear, declaring that this luxury was “essential to his well-being” (338). Among the important historical facts, one finds that “Churchill caused a scandal in December 1936 by speaking up for his dear friend Edward VIII before his Abdication” (171)—which is well known; but also that “Churchill was so successful as Minister for Munitions [1917-18] that the U.S. awarded him the Army Distinguished Service Medal, a rare honour, for his success in supplying the U.S. Army with weaponry” (216)—which is not.

Fact 38 gives us an interesting insight into both Churchill’s undisguised disrespect for his theoretical “elders and betters” if they were not truly “better,” and his life-long appreciation and knowledge of the Bard: “At school he would correct his teachers if they misquoted Shakespeare.” Churchill’s complex attitude to his father is noted in fact 146: “Churchill gave his first speech in the House of Commons from the same seat his father had given his last.”

Though we learn that “Churchill wrote all his own speeches, which, when Chancellor [1924-29], could be three or four hours long” (350), we learn little about his books published after 1918. Concerning the end of his political career, facts 384 and 387 are complementary: “He fought his last election campaign on 8 October 1959, at the age of eighty-four,” and “His last appearance at the House of Commons was on 27 July 1964: more than half a century of service.”

The shortest entry is fact 296: “Winston Churchill was a redhead.” Naturally, we have assorted jokes, like 383: “A young photographer once hoped to photograph Churchill on his 100th birthday. ‘I don’t see why not, young man,’ he replied. ‘You look reasonably fit and healthy.’”

The list of sources given at the end is of unquestionable reliability, and the acknowledgments indicate that the author benefited from the advice of Paul Courtenay in Britain, and David Freeman, current editor of Finest Hour, in the United States. This is reflected in the dependability of the “facts” published. Perhaps the only apocryphal quote, as repeatedly argued by the doyen of active Churchillians, Richard Langworth (and Sir Martin Gilbert before him) is to be found in the supposed message sent to ships of the Royal Navy when Churchill was again sent to the Admiralty in September 1939 : “Winston is back” (219). This is a welcome change from all these collections of “facts” or “quotes” attributed to Churchill by so many commercial publications without serious checking.

I Love Churchill can be safely recommended to students because the proofreading was of the highest order. No typo was detected, which is more than one can say of many expensive academic monographs. For all these good reasons, this unpretentious little gem of a booklet would be a useful addition to the Churchill section of any Public or University library. It would also make an ideal gift for anyone showing interest in the “Greatest Briton” (BBC Poll, 2002).

Dr. Capet is Professor of British Studies at the University of Rouen, France and author of a new Dictionnaire Churchill, which promises to be a major reference work. This review is reprinted by kind permission from Cercles: Revue pluridisciplinaire du monde anglophone (www.Cercles.com).