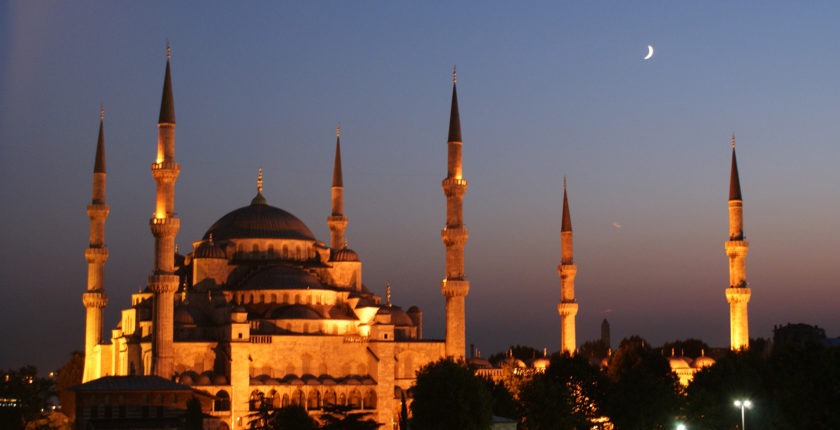 A student asked us for some leads in researching Churchill’s views on Islam. We referred him to Churchill’s first two books (1898, 1899). These are often regurgitated today because some of them, when carefully culled, ring shockingly true:

Indeed it is evident that Christianity, however degraded and distorted by cruelty and intolerance, must always exert a modifying influence on men’s passions, and protect them from the more violent forms of fanatical fever, as we are protected from smallpox by vaccination. But the Mahommedan religion increases, instead of lessening, the fury of intolerance. It was originally propagated by the sword, and ever since its votaries have been subject, above the people of all other creeds, to this form of madness. In a moment the fruits of patient toil, the prospects of material prosperity, the fear of death itself, are flung aside. The more emotional Pathans are powerless to resist. All rational considerations are forgotten. Seizing their weapons, they become Ghazis—as danger­ous and as sensible as mad dogs: fit only to be treated as such. While the more generous spirits among the tribesmen become convulsed in an ecstasy of religious blood­thirstiness, poorer and more material souls derive additional impulses from the influence of others, the hopes of plunder and the joy of fighting. Thus whole nations are roused to arms. Thus the Turks repel their enemies, the Arabs of the Soudan break the British squares, and the rising on the Indian frontier spreads far and wide. In each case civilisation is confronted with militant Mahommedanism. The forces of progress clash with those of reaction. The religion of blood and war is face to face with that of peace. Luckily the religion of peace is usually the better armed.
—The Story of the Malakand Field Force (1898)

The phrase, “poorer and more material souls derive additional impulses from the influence of others” puts us in mind of certain “lone gunmen” at the moment.

Churchill added: “What the horn is to the rhinoceros, what the sting is to the wasp, the Mohammedan faith was to the Arabs of the Soudan—a faculty of offence or defence. It was all this and no more. It was not the reason of the revolt. It strengthened, it characterised, but it did not cause.” —The River War (1899)

Some of these lines here that seem eerily relevant nearly twelve decades later. But it is important to remember that Churchill’s views were nuanced, and quite different from run-of-the-mill Englishmen of his time. Indeed, he caused many of his contemporaries, imbued as they were with Victorian Britain’s sense of Manifest Destiny, to regard him as a dangerous radical. Compare for example these two passages from The River War:

How dreadful are the curses which Mohammedanism lays on its votaries! Besides the fanatical frenzy, which is as dangerous in a man as hydrophobia in a dog, there is this fearful fatalistic apa­thy. The effects are apparent in many countries. Improvident habits, slovenly systems of agriculture, sluggish methods of commerce, and insecurity of property exist wherever the followers of the Prophet rule or live. A degraded sensualism deprives this life of its grace and refinement; the next of its dignity and sanctity. The fact that in Mohammedan law every woman must belong to some man as his absolute property—either as a child, a wife, or a concubine—must delay the final extinction of slavery until the faith of Islam has ceased to be a great power among men.

But then he adds: “Individual Moslems may show splendid qualities. Thousands become the brave and loyal soldiers of the Queen; all know how to die….” And here is his account of what he found on the field of Omdurman, riding out after the battle and the triumph of British arms:

Two hundred yards further the full force of the fire, artillery, Maxims and rifles, had burst on them. In places desperate rushes to get on at all costs, had been made by devoted, fearless men. In such places the bodies lay so thickly as to hide the ground. Occasionally there were double layers of this hideous covering. Once I saw them lying three deep. In a space not exceeding a hundred yards square more than four hundred corpses lay festering. Can you imagine the postures in which man, once created in the image of his Maker, had been twisted? Do not try, for were you to succeed you would ask yourself, with me: ‘Can I ever forget.’

I have tried to gild war, and to solace myself for the loss of dear and gallant friends, with the thought that a soldier’s death for a cause that he believes in will count for much, whatever may be beyond this world. When the soldier of a civilised power is killed in action his limbs are composed and his body is borne by friendly arms reverently to the grave. The wail of the fifes, the roll of the drums, the triumphant words of the Funeral Service, all divest the act of its squalor, and the spectator sympathises with, perhaps almost envies, the comrade who has found this honourable exit. But there was nothing dulce et decorum about the Dervish dead. Nothing of the dignity of unconquerable manhood. All was filthy corruption. Yet these were as brave men as ever walked the earth. The conviction was borne in on me that their claim beyond the grave in respect of a valiant death was not less good than that which any of our countrymen could make.

Dr. Arnn noted at the recent Denver seminar that Churchill, writing for his imperial audience, need not have been to be so fair and balanced. The River War and the Malakand Field Force might conveniently have been rah-rah tributes to British arms and the Empire. There was that element, of course; but moreover, Churchill’s early books were thoughtful considerations of both sides, and indeed often censorious about British actions, such as the destruction the tomb of the Mahdi—Sudan’s Muslim leader, already dead at the time of the campaign. Withal, The River War was one of the few books at the time to give the Mahdi his due.

But perhaps Churchill’s most succinct and relevant comment was in 1921, not about Islam but about the region that spawned it:

In the Middle East you have arid countries. In East Africa you have dripping countries. There is the greatest difficulty to get anything to grow in the one place, and the greatest difficulty to prevent things smothering and choking you by their hurried growth in the other. In the African Colonies you have a docile, tractable population, who only require to be well and wisely treated to develop great economic capacity and utility; whereas the regions of the Middle East are unduly stocked with peppery, pugnacious, proud politicians and theologians, who happen to be at the same time extremely well armed and extremely hard up. —House of Commons, 14 July 1921

In the end, we must read Churchill “in the round,” with all this in mind, and not simply to ferret out his pointed criticisms. It is inappropriate to quote him out of context. He was, remember, confronting Muslim warriors at the reaches of the British Empire a century or more ago. And there was more to their culture than Islam: tribalism, for example, played an important role. His broad reflections are nevertheless worth considering, especially by those responsible for Western policy in the Middle East.

Churchill quotations are by kind courtesy of the Churchill Literary Estate and Curtis Brown Ltd., London.