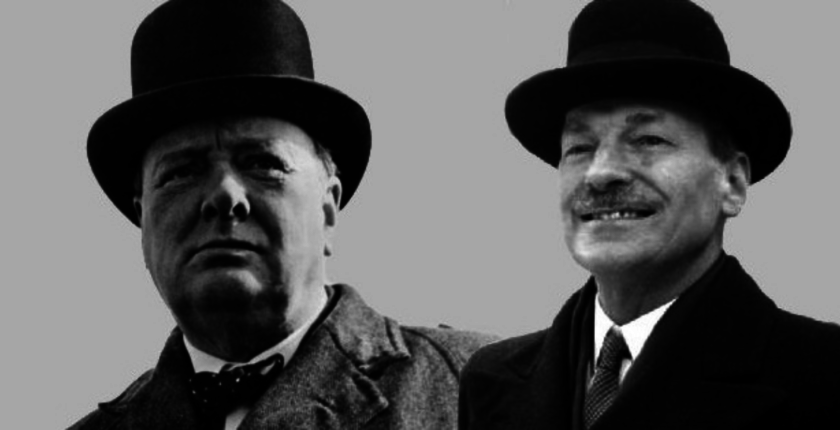 Q: In his Hillsdale College Constitution Day lecture of 2011, Charles Krauthammer cites an amusing encounter between Churchill and Labour Prime Minister Clement Attlee in the Members’ Cloakroom of the House of Commons.

Attlee is standing over the trough as Churchill enters on the same mission. Observing Attlee, Churchill stands as far away as possible.

Attlee: “Feeling standoffish today, are we, Winston?”
WSC: “That’s right. Every time you see something big you want to nationalize it.”

This is labeled an unattributed quotation in the “Red Herrings” appendix in Churchill by Himself, edited by Richard Langworth. Can you verify the facts? —E.G., Miami, Fla.

A: With the help of columnist Christian Schneider (who also recently published the quote), we are happy to advise that Churchill’s wisecrack is reliably established.

Mr. Schneider advises that he had this from William Manchester’s The Last Lion.1 On my guard (because Manchester made many detail errors), I looked up the footnote. The reference is to a 21 October 1980 interview by Manchester with Sir David Pitblado (1913-1997), civil servant, principal private secretary to Attlee in 1951 and joint PPS to Churchill in 1951-55. Sir David was a reliable source and—with great delight—we may restore this one to the ranks of the genuine.