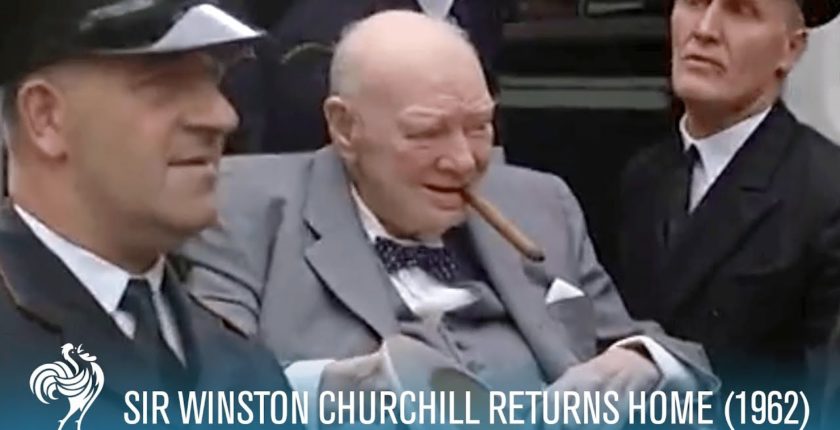 Following my two previous abstracts of their articles on Churchill’s health, the authors have extended their survey through 1965. The format of earlier articles continues. They present the evidence (mainly from diaries and memoirs), and a chronology based on the official biography. They quote press reports and extensively discuss causal factors. Since technical language is minimal, their articles are readable by non-physicians. The main text is accompanied by vignettes on the protagonists.

Allister Vale and John W. Scadding, “Sir Winston Churchill: recovery from an acute stroke in June 1953 and triumph at the Conservative Party Conference in October 1953.” Journal of the Royal Society of Medicine, online version, 2018 (published in advance of the print edition).

This article takes us from 18 August 1953, when the previous essay ended, to “Churchill’s scintillating performances at the Conservative Party Conference (10 October 1953) and in addressing Parliament (3 November 1953). The authors explore the factors which made his surprising recovery possible.

After quoting from the numerous extant testimonies, Vale and Scadding examine and discuss the elements of evidence before ranking them in order of importance. As before, Lord Moran’s “diaries” are prominent, in spite of the doubts about their reliability. They are complemented by diaries and memoirs from members of Churchill’s entourage: Rab Butler, Anthony Eden, Harold Macmillan, Mary Soames and secretary Jane Portal. There are also extracts from Churchill’s correspondence with his wife Clementine. Outsiders like Sir Henry “Chips” Channon are also cited.

Examination of the effects of his doctor’s pills (called “Morans” by WSC) may be too technical for the layman. It is clear that Lord Moran’s prescription of (probably) amfetamines was on the light side. Based on published literature on amfetamine treatment, these drugs played only a minor part in Churchill’s recovery. Without actually using the phrase, Scadding and Vale suggest that Moran’s prescriptions had only a placebo effect. It was sufficient to restore his self-confidence—with spectacular effects on a patient so determined to continue as prime minister.

Vale and Scadding, “Sir Winston Churchill: pneumonia, pleurisy, jaundice and atrial fibrillation at Roquebrune, Cap-Martin and Chartwell, 1958.” Journal of the Royal Society of Medicine, online version, 2018, (published in advance of the print edition.)

“Churchill’s recuperative holiday in France turned into a disaster!” This is how the authors begin their essay. Following their established pattern, the final paragraphs draw conclusions from the symptoms and treatments in Churchill’s late medical record. The period covered is from 13 January 1958, when Churchill flew to Monte Carlo. He stayed at the Reves villa near Monte Carlo, almost always in bed. The essay ends on 3 April, when he was at last fit enough to fly back to London.

Sir Winston suffered from a succession of ailments, treated by Lord Moran and two new protagonists. Dr. David Roberts was a British physician who practiced in Monte Carlo. Dr. Hunt, a specialist of digestive diseases, had assessed Churchill in 1936. He had previously suffered from pneumonia and arterial fibrillation, as discussed in earlier articles. But now he met for the first time with obstructive jaundice. Moran and Hunt were right in fixing the cause as one or more gall stones, leading to infection of the bile passages. They abstained from more complex investigations on their 83-year-old patient. Many have wondered how much Churchill paid his doctors. The authors note: “Roberts submitted his professional fees for 27 days attendance of Fr 55,000 (approximate equivalent in 2018, £7400).”

Was Churchill a Depressive?

Anthony M. Daniels and J. Allister Vale, “Did Sir Winston Churchill suffer from the ‘Black Dog’?” Journal of the Royal Society of Medicine, online version, 2018, (published in advance of the print edition.)

Plumbing a fraught subject, the authors start with “Churchill: The Man,” a controversial 1969 essay by Anthony Storr in Churchill: Four Faces and the Man). They point to the long list of biographers who uncritically accepted Storr’s conclusion that Churchill suffered from a major depressive or Bipolar Disorder. Most recently this includes Lord Owen, a former foreign secretary, “who is a qualified doctor and was a senior trainee in clinical neurology.” They note two historians who disagree: Wilfred Attenborough (in Churchill and the “Black Dog” of Depression, on this website, 2014) and Sir Martin Gilbert in the official biography and elsewhere.

Of all the propagators of the “Black Dog” theory, the most prolific and influential was Churchill’s doctor, Lord Moran, Daniels and Vale critically examine the substance and evidence behind Moran’s ten references “black dog,” “black depression,” “depression,” “melancholy” or “black moods” in his highly controversial 1966 book, Churchill: The Struggle for Survival, 1940-1965.

In contrast, Lord Brain, Churchill’s neurologist, never observed any symptom of depression in Churchill, whom he assessed twenty times beginning in 1949. The authors conclude that “the available evidence suggests that Churchill suffered no major psychiatric disorder.” They fully concur with Carol Breckenridge’s 2012 article in Finest Hour, significantly entitled “The Myth of the ‘Black Dog.’” They conclude by stating: “Churchill was exceptional, but he was normal.”