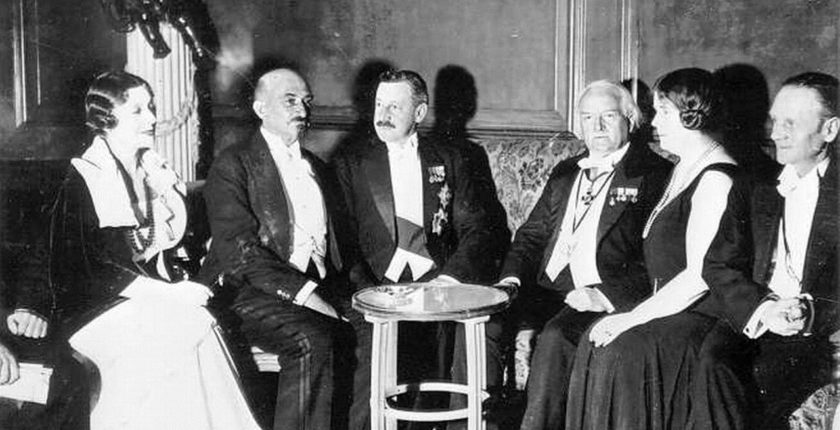 We have lately been sent several examples of quotations by Churchill which were actually coined by someone else, but which Churchill does not attribute to the author. Are these, we were asked, cases of purposeful plagiarism?

In our opinion they are not. Churchill had an affinity for a good phrase, and stored them in his capacious memory for deployment when the time was right. He occasionally used them without credit to the author, innocently assuming that anyone with an ounce of education would recognize them on sight—which, in that more literate age, was a good bet.

“To be perfect is to have changed often”

I have come to the quotation, “To improve is to change, so to be perfect is to have changed often.” You source this to Richard Langworth’s Churchill by Himself, which tracks the statement to Churchill in the Commons on 23 June 1925. May I be so bold as to suggest he had the idea from John Henry Newman? Cardinal Newman writes in his Essay on the Development of Christian Doctrine: “In a higher world it is otherwise, but here below to live is to change, and to be perfect is to have changed often.”

We believe Mr. Core is right, and Cardinal Newman almost certainly Churchill’s source. Newman’s works may have been among those young Winston read as a young soldier in India, pursuing the university education he had missed. In 1925, it seems reasonable to believe that Churchill thought most of his listeners would know the eighty-year-old phrase, if not its author.

“Strangling Bolshevism in its cradle”

The eminent historian Paul Addison (author of Churchill on the Home Front and Churchill: The Unexpected Hero) writes:

I see it stated over and over that in 1919 or thereabouts Churchill declared that Bolshevism should be strangled in its cradle, but no source is ever given. Clearly he did use the phrase retrospectively during the Cold War, as in the speech you quote from 1949. But I have begun to doubt that he ever said it at the time of the Russian upheavals following the Bolshevik Revolution.

Speaking to the National Press Club Washington on June 28, 1954, Churchill remarked: “If I had been properly supported in 1919, I think we might have strangled Bolshevism in its cradle, but everybody turned up their hands and said, ‘How shocking!’ He also mentioned strangling Bolshevism in his March 1949 speech at Massachusetts Institute of Technology.

Professor Addison is right that Churchill did not mention “strangling Bolshevism” during the 1919-20 unpleasantness in Russia, or any time that we can track before World War II. Nor was he the first to use it.

Andrew Roberts in Eminent Churchillians suggests that the phrase might have originated with the historian and columnist Arthur Bryant (1899-1985), although if Churchill read it, he would not have been pleased with the context:

Writing in the Observer in June 1937, Bryant protested that the fascist and Nazi regimes received a “torrent of unmeasured and provocative calumny” from the anti-appeasers. He attacked the “yelling invective, like a pack of fish-wives,” which these “war-mongers” used in order to “stir up prejudices against Germany.” He went on to predict that it would “not be the Kaiser whom the man in the street would want to hang after the next war,” with the clear implication that it would instead be the likes of Winston Churchill. Bryant made it clear to which of the particular “foolish Tories” he was referring when he said that they had “tried to strangle Bolshevism at birth.” Attacking the “old jingo writ large,” he accused Churchill and his friends—although never by name—of “concealing and perverting the truth for partisan ends….They really want another war.”

In one of his most famous speeches, at Fulton, Missouri on March 5, 1946, Churchill fired what many believe was the opening salvo of the Cold War: “From Stettin in the Baltic to Trieste in the Adriatic, an Iron Curtain has descended across the Continent.” For many years it was assumed that the phrase was his own making, since it was by far its most famous occurrence. Not so.

Churchill himself had used the term ten months earlier, on a May 12, 1945 message to President Truman: “An iron curtain is drawn down upon their front. We do not know what is going on behind.”1

Yet this was three months after Josef Goebbels, the Nazi propaganda minister, wrote in Das Reich of Russia as being behind “an Iron Curtain.” And it was a quarter century since Ethel Snowden wrote, in Through Bolshevik Russia, of “an iron curtain descending on Russian history.”

It seems unlikely that Churchill was reading Das Reich in 1945, but we’ll venture that he may have read Through Bolshevik Russia. The Viscountess Snowden (1881-1951) was a British socialist and feminist politician. In 1905 she married Philip Snowden, Churchill’s successor as Chancellor of the Exchequer in 1929.

Churchill warmly admired Snowden, wrote a generous obituary (republished in Great Contemporaries), and was thanked by Lady Snowden: “Your generosity to a political opponent marks you forever in my eyes the ‘great gentleman’”2

“Death of Kings” and “Westward, Look”

Readers are invited to send us more popular quotations Churchill didn’t ascribe to the author, but please omit these two, which have embarrassed us on separate occasions:

In The Gathering Storm Churchill wrote of visiting the Fleet at the outbreak of World War II, having become first lord of the Admiralty almost exactly twenty-five years since he had held that post at the outbreak of World War I: “We had a picnic lunch on the way by a stream, sparkling in hot sunshine. I felt oddly oppressed with my memories. ‘For God’s sake, let us sit upon the ground And tell sad stories of the death of kings.’”

For years we quoted this freely as Churchill’s words—until someone reminded us that the wonderful line is from Shakespeare’s Richard II. In this case at least, Churchill used quote marks—though surely he felt that no one would need to be told the author.

In April 1941, broadcasting to thank America and Roosevelt for the Lend-Lease enactment, Churchill deployed the fine line, “Westward look, the land is bright,” from Arthur Hugh Clough’s “Say Not the Struggle Nought Availeth,” mentioning neither the poem nor the poet.

Citing the quotation, Bernard Darwin, editor of the Oxford Dictionary of Quotations, wrote that Churchill didn’t have to identify his source, because, back then, every English schoolchild knew it. Hearing those words, Darwin said, “We were if possible more sure than ever that Mr. Churchill was the man for our money.”

And to quote Professor David Dilks: “If you will allow the remark in parentheses, ladies and gentlemen, do you not sometimes long for someone at the summit of our public life who can think and write at that level?”