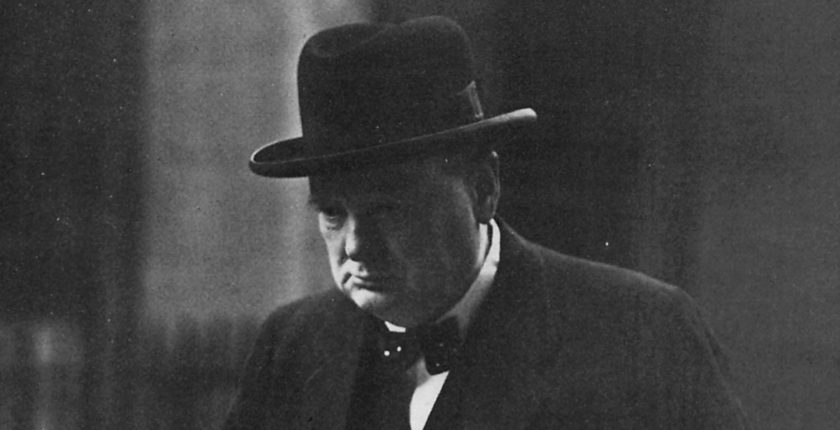 “The Confirmed Unteachability of Mankind”

January 10, 2015— “Watching the horrifying events in Paris this week,” wrote Scott Johnson, “I have found Churchill’s great speech of November 12, 1936, coming to mind. It is one of Churchill’s prophetic speeches—I believe in the Prophet Churchill—decrying the complacency of the government in the face of the gathering storm in Germany. . . .”

“So they go on in strange paradox,” Churchill asserted in Parliament of those responsible for the defense of the land, “decided only to be undecided, resolved to be irresolute, adamant for drift, solid for fluidity, all powerful to be impotent. So we go on preparing more months and years—precious, perhaps vital, to the greatness of Britain, for the locusts to eat.” Toward the end of his speech, Churchill rendered this judgment: “The era of procrastination, of half-measures, of soothing and baffling expedients, of delays, is coming to its close. In its place we are entering a period of consequences” (Winston S. Churchill, vol. 5, page 797).

Two months after those remarks Churchill reflected about his nation’s inertia in the face of peril:

There is nothing new in the story. It is as old as the Sibylline books. It falls into that long, dismal catalogue of the fruitlessness of experience and the confirmed unteachability of mankind. Want of foresight, unwillingness to act when action would be simple and effective, lack of clear thinking, confusion of counsel until the emergency comes, until self-preservation strikes its jarring gong—these are the features which constitute the endless repetition of history.

Did self-preservation strike its jarring gong in Paris? History doesn’t repeat, Mark Twain argued—”but it sometimes rhymes.” Only time will decide if there is rhyme between the dozing British government of 1936 and the complacent Western governments eight decades later.

Those who believe there is no rhyme will argue correctly that the entire terror package combined does not come close to the military threat posed by Nazi Germany. But the destructive capacity of one bomb has advanced exponentially since Hitler’s time. And where there were 65 million people in 1936 Germany, there are many more radical jihadists today.

Churchill’s words reverberate. In his time as in ours there were prevaricators, who declared no difference between “us” and “them”; who insisted that we must “understand” and even empathize with mortal enemies. In 1933 Churchill had a reply for these—another warning which resonates today:

Our difficulties come from the mood of unwarrantable self-abasement into which we have been cast by a powerful section of our own intellectuals. They come from the acceptance of defeatist doctrines by a large proportion of our politicians.…Nothing can save England if she will not save herself. If we lose faith in ourselves, in our capacity to guide and govern, if we lose our will to live, then indeed our story is told” (Winston S. Churchill, vol. 5, pages 486-87).

In the eleventh hour England did save herself, and much else besides—but with great difficulty, and great losses. Let it not be said that we were only galvanized after an atrocity that put Paris, Ottawa, London and 9/11 in the pale.