The Churchill Project - Hillsdale College > Articles > Explore > Churchill for Today > What did Churchill say about Terrorism?

What did Churchill say about Terrorism? 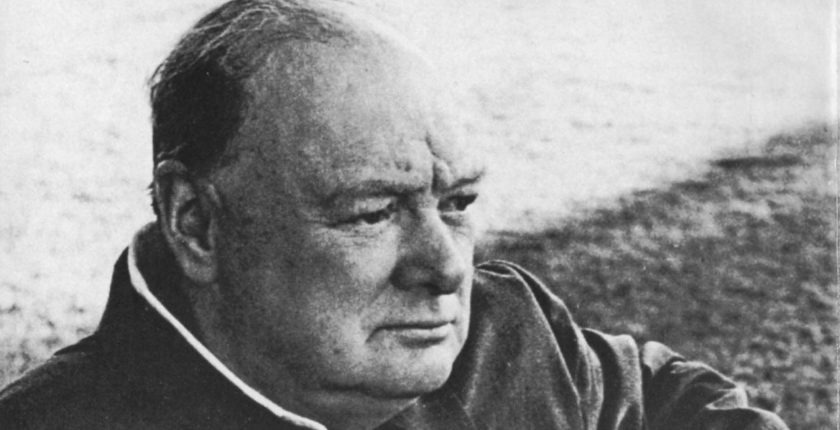 Terrorism, as Churchill saw it, is not irrelevant to the world we live in. His words were little quoted in the past, when it was not the problem it is today.

His 1935 remark on the Government of India Act, warning of the danger if terrorists were elected to the Bengal Assembly, puts us in mind of the election of a Hamas government in Palestine in 2006—or, the unelected advent of what calls itself an Islamic State in Iraq and Syria.

“No countries are less prepared to deal with terrorism than Western democracies,” he said in 1947. ”…squalid warfare with terrorists should be avoided, and if ever it breaks out, every effort should be made—I exclude no reasonable proposal—to bring it to an end.” Above all he emphasized that respecting terrorism, national politics must stop at the water’s edge. If it does not, he believed, “all hopes are lost, all plans squandered”: wise words that alas would go mainly unheeded in later times, but are perhaps worth heeding now.

Excerpts from Churchill by Himself, edited by Richard M. Langworth

What I mean by frightfulness is the inflicting of great slaughter or massacre upon a particular crowd of people, with the intention of terrorising not merely the rest of the crowd, but the whole district or the whole country.…Frightfulness is not a remedy known to the British pharmacopoeia.… I have heard the Hon. Member for Hull [Lieut.-Commander Kenworthy] speak on this subject. His doctrine and his policy is to support and palliate every form of terrorism as long as it is the terrorism of revolutionaries against the forces of law, loyalty and order. Governments who have seized upon power by violence and by usurpation have often resorted to terrorism in their desperate efforts to keep what they have stolen, but the august and venerable structure of the British Empire, where lawful authority descends from hand to hand and generation after generation, does not need such aid. Such ideas are absolutely foreign to the British way of doing things.

…Terrorists are naturally drawn to imitate Lenin and Trotsky; while we sh[oul]d take our stand on the will of the people freely expressed in both cases.

…there is real danger of dangerous terrorists, persons engaged in the gravest forms of terrorism, standing for the Legislature of Bengal in particular and being elected for the Bengal Assembly, unless this bar is put in their path.…If it is a fact that under this constitution the Provincial Legislature of Bengal may select dangerous terrorists and send them to the Federal Legislature then all I can say is that I hope this will be noticed by people  outside these doors.

A number of persons suspected of active complicity in terrorist activities have been arrested, and on October 19th, 251 were deported from the country, where their presence, with the possibility of a large-scale attempt at rescue, only led to increased insecurity. Since then, numerous further arrests have been made, including those of some wanted terrorists.…In Palestine the executive of the Jewish Agency has called upon the Jewish community—and I quote their actual words: “to cast out the members of this destructive band, to deprive them of all refuge and shelter, to resist their threats, and to render all necessary assistance to the authorities in the prevention of terrorist acts, and in the eradication of the terrorist organization.” These are strong words, but we must wait for these words to be translated into deeds. We must wait to see that not only the leaders, but every man, woman and child of the Jewish community, does his or her best to bring this terrorism to a speedy end.

—House of Commons, 17 November 1944, following the murder of Lord Moyne, the Minister Resident in Cairo, by members of the terrorist Stern Gang on 5 November 1944.

The idea that general reprisals upon the civil population and vicarious examples would be consonant with our whole outlook upon the world and with our name, reputation and principles, is, of course, one which should never be accepted in any way. We have, therefore, very great difficulties in conducting squalid warfare with terrorists. That is why I would venture to submit to the House that every effort should be made to avoid getting into warfare with terrorists; and if a warfare with terrorists has broken out, every effort should be made—I exclude no reasonable proposal—to bring it to an end.…No country in the world is less fit for a conflict with terrorists than Great Britain. That is not because of her weakness or cowardice; it is because of her restraint and virtues, and the way of life which we have lived so long in this sheltered island.

The impression has got about the world that we have only to be kicked or threatened to clear out of any place. The Persians like the idea of nationalization of other people’s property and, under the pressure of the terrorists in Teheran, they now propose to seize the Anglo-Persian oilfields, which have been discovered and developed by fifty years of British brains and capital. Iraq threatens the same policy of spoliation.…All this and much else is happening within six years of the world war, in which for more than a year we sustained the cause of freedom alone and from which we emerged with complete victory and worldwide respect.

“Anarchism and Fire: What we Can Learn from Sidney Street”