Why Calgary Needs a Statue of Sir Winston Churchill 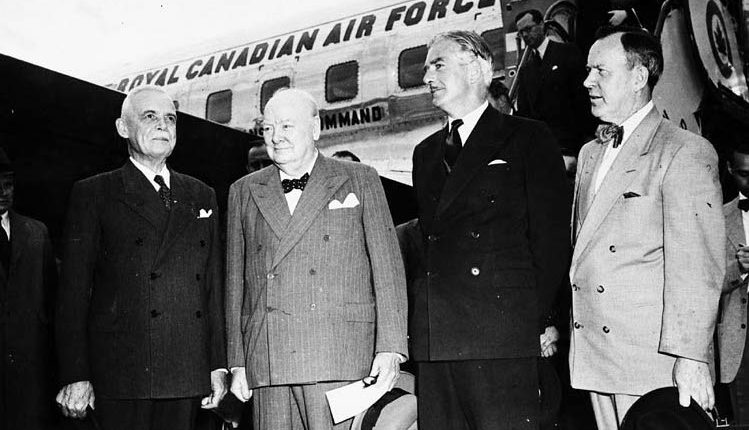 Recently the president of Calgary’s Gandhi Society and I discussed how we should think about Winston Churchill and Mohandas Gandhi. Sir Winston and the non-violent barrister who pressed for India’s independence were world-consequential figures. Take away either from the 20th century and the world would be less free and less flourishing today.

Thoughtful people are right to ponder how to think of such leaders. But first let me explain why the Calgary Churchill Society has commissioned a Churchill statue for the city.

The most obvious reason is Churchill’s leadership in the Second World War. His 1930s stance on the existential danger Nazi Germany posed to freedom and minorities equally deserves remembrance. Hundreds of Calgary citizens and nearly 45,000 Canadians died fighting Nazi Germany and Imperial Japan. Absent Churchill’s courage, and bloody-mindedness against appeasers, their soldierly sacrifices could have been in vain.

Another reason is Churchill’s connection to Alberta. In summer 1929, Churchill, his brother and their sons toured Canada during a three-month North American holiday. In Alberta, they visited Edmonton and Calgary, the Prince of Wales Ranch, the Turner Valley oil fields and the Rockies.

Chronicling the journey, Bradley Tolppanen writes that Churchill was fascinated by southern Alberta and its vast potential. He wrote to his wife, Clementine, of how he planned to buy shares in Alberta-based oil companies. He even hinted that if Neville Chamberlain ever became prime minister, he might buy a ranch and move to Alberta. (Chamberlain reached that office in 1937, but by then Churchill had a more pressing concerns at home.)

Churchill the painter came to love Alberta for reasons connected to his esthetic side. As a painter in oils, he was fascinated by Banff, Lake Louise and Emerald Lake. There he produced multiple paintings, including one repatriated to Alberta in 2018.

A leader to admire in any age

There are other reasons why Calgary today should cherish Churchill. While he was a man of his time and all that that implies, he was also ahead of it. And most of the time, he learned from his mistakes. Churchill’s views—both those we would oppose or support today—should be addressed. While ahead of contemporaries on some matters, he held unsupportable ones imperialism, and had a mixed record on race.

That noted, some of Churchill’s positions are more understandable with context. For example, while committed to an eventual self-governing India, he opposed Indian independence in the 1930s. He saw India then as akin to Europe—divided in governance, religion and much else, and incapable of uniting. He was also fearful of bloodshed if Britain left prematurely. Churchill was wrong about India’s potential for unity, but tragically right about the initial post-independence bloodshed.

We should consider Churchill’s other actions, early and late in life, that contributed to human freedom and flourishing. They should round out our views of him today. At age 25, as Andrew Roberts has written, Churchill opposed South African Boer racists. Instead he argued that black South Africans should be given legal equality with whites. Four decades later, American troops landed in Great Britain during the Second World War. Churchill refused an American military request that segregation be enforced against black military personnel in pubs, cinemas and restaurants.

Early in his career, Churchill denounced an anti-Jewish bill that attempted to prevent Jewish immigration from Russia. He wanted the Indian minorities—the Dalits (“Untouchables”) and Muslims—protected from the majority population.

Churchill was not a modern progressive. He was a classic liberal and saw individuals as individuals first. This meant he often eventually defaulted to positions favoring the needs of those too often ignored by his aristocratic colleagues.

Ian Holloway, Dean of the University of Calgary law school, describes Churchill’s early positions. He fought for unemployment insurance, pensions and a minimum wage for garment workers. In short, Churchill favored the “left-out millions.” That was evident decades before he visited the ruins of East London, its working-class neighborhoods devastated by German bombs.

Fresh, fair thinking about the famous

To propose a Calgary Churchill statue in an era when his statues are being attacked might seem odd. But this actually is the right time to do so. In an age of questioning and doubt, it allows us all to ponder how best to consider historical figures. This is especially relevant given Churchill’s individualism and ability to think outside the box—a trait of leaders, not followers.

Consider: if we oppose commemorating those whose views are not in perfect accord with today, who is left? Must we shun Alberta’s Famous Five suffragists, given that they endorsed eugenics? Or recall Gandhi’s errors: In 1938, after Kristallnacht, he advised German Jews to practice non-violence toward the German SS. He wrote in 1940 that Hitler showed “an ability that is amazing and seems to be gaining his victories without much bloodshed.” In 1941, Gandhi even wrote Hitler to say he did not “believe that you are the monster described by your opponents.”

The Famous Five were wrong on eugenics but right to demand freedom, equality of opportunity and the vote. Gandhi was wrong to suggest pacifism and badly misjudged Hitler, and right to campaign for Indian independence. It is possible to make distinctions and to admire long-dead men and women for what they achieved, despite various other views and advocacy with which we today vehemently disagree.

The key question to pose on historical figures is not, “did their every view or remark perfectly align with ours?” That is an impossible standard for them and us. Instead, the useful question to ask is, “did they contribute to human freedom and flourishing in their era?” The answer—from U.S. Civil War generals who fought to retain slavery to Hitler—is no. But the answer for the suffragists, Gandhi and Churchill is unquestionably yes.

In an age where historical figures are turned into cardboard characters without nuance, we should also recall Churchill’s other two traits: his tears and humor. In an age where Britons valued a stiff upper lip, Churchill cried often. He did so when he saw the devastation of war and the fruits of peace. For example, he sobbed while walking through the streets of Paris after liberation. And recall his humor: “I could not live without champagne,” he told a friend in 1946. “In victory, I deserve it. In defeat, I need it.”

Churchill’s battle for a world free from tyranny is yet relevant today. In 2013 I visited Hong Kong to meet politicians, business people and others. Almost to a person, they said they wanted three unique legacies from British era: democracy, capitalism and rule of law. Relative to the repressive regime in Beijing, they valued those inheritances. They alone allow freedom for people to flourish as individuals.

It is why during the protests against a Beijing government, Hong Kong students and others regularly raised the British flag. They even scrawled “We shall never surrender” across a signboard. What Churchill fought for—human freedom and flourishing—is yet relevant today. Churchill is a timeless symbol of freedom and democracy. And that is why a permanent tribute, a statue, is what we hope to erect in Calgary in 2021.

Mark Milke is president of the Sir Winston Churchill Society of Calgary, and his column was first published by the Calgary Herald. The newspaper has partnered with the Society since its 1965 inception, its founders including publisher Frank and his wife Vera. To learn more about the Sir Winston Churchill Leadership Initiative and Statue project and his 1929 visit to Western Canada, please click here.