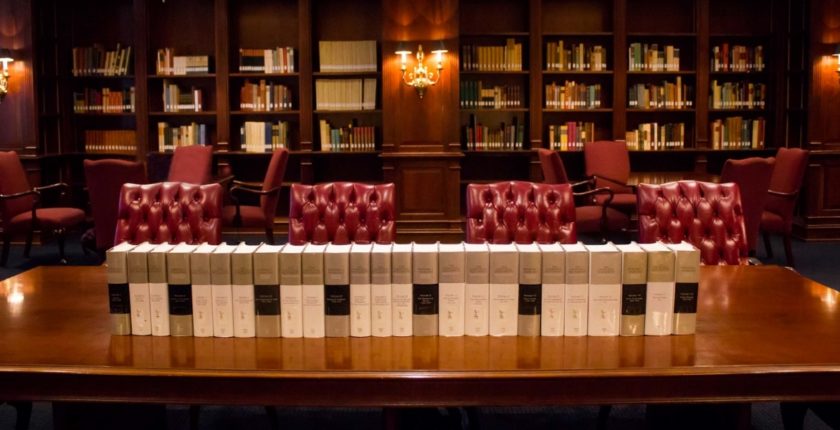 A: The present corpus of works by and about Winston S. Churchill exceeds 50 million words including 13 million by Churchill himself. In terms of word counts, his top eight works are:

When we gave Sir Martin Gilbert these figures he was curious about the word count for the official biography. The total for the eight biographic volumes (including the first two by Randolph Churchill) is 3,111,090 words.

The eighteen document volumes published to date (including the latest volumes 17 and 18 recently published by Hillsdale College Press), add another 6,968,760 words, inclusive of footnotes, for a grand total of 10,079,850—by far the longest biography in history.

What would Sir Winston make of this? We do know what his biographer thought. When a critic accused him of having told “not one-tenth of the story,” Sir Martin replied: “Really—that much?”