The Timeless Value of Winston Churchill’s “The River War” 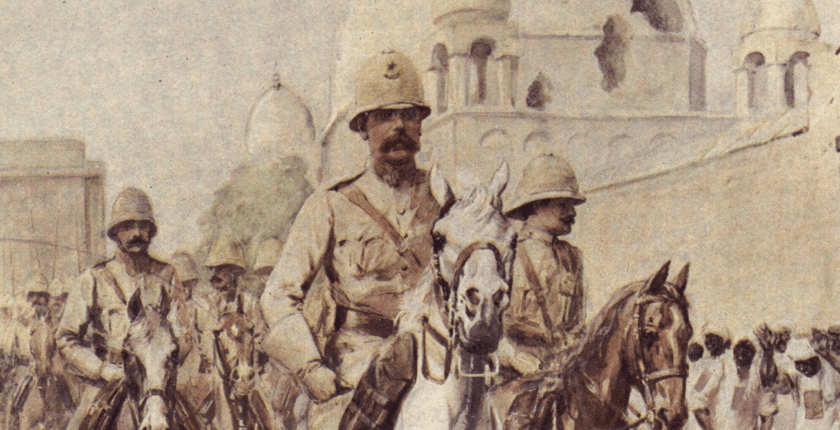 Studies out of fashion

There was a time, not so long ago, when the study of war, politics, and power was thought to be part and parcel of an undergraduate education. In the course of the last four decades, this has ceased to be the case. Except at a handful of institutions, such as Ohio State University and Yale, military history has been abandoned.

Within today’s academy, the practitioners of this dying art are shunned as pariahs, for it is assumed that no one would devote a career to the study of armed conflict who is not somehow morally deranged. Programs in peace studies and in conflict resolution abound; rarely does anyone face up to the fact that conflicts quite often get resolved, and peace achieved, through the successful conduct of war.

One consequence of the reigning academic pieties is that in college one is far more likely to encounter an offering in the history of women’s fashion than to have the opportunity to study Napoleon’s campaigns. This is not because of a lack of demand. Books on military history have always sold well and still do; undergraduates are quick to enroll in courses dealing with politics and war when given the chance. Red-blooded they always were, and red-blooded they remain. Therein lies hope.

Victorian times and ours

Ten years ago, the obvious place to begin would have been Thucydides’ account of the Peloponnesian War. Nowhere can one find a subtler depiction of the moral and practical dilemmas faced by the statesman in a world torn by conflict. Moreover, Thucydides’ environment was bipolar—as was ours in the great epoch of struggles on the European continent that stretched from 1914 to 1989—and Thucydides’ war pitted a maritime power, such as America or Britain against a power, such as Germany or the Soviet Union, threatening dominance on land.

But the two great world wars are now long gone; the Cold War has come to an end; and we no longer find ourselves hovering on the verge of conflict with a single foe. Our situation more closely resembles the plight of the late Victorians than that of Pericles, Archidamus, Alcibiades, and Lysander; and while we still have much to learn from Thucydides, there is something to be said for asking contemporary students to read Sir Winston Churchill’s lively accounts of the dirty little wars that his countrymen had to fight at the end of the last century in defense of their empire and way of life.

The River War: a prose epic

While the best of these—The River War: An Historical Account of the Reconquest of the Soudan (London: Longmans, Green, and Co., 1899)—was never reprinted in its original, unabridged form after 1901, a new edition text, edited by James W. Muller, is to be published by St. Augustine Press. The rewards will amply repay its purchasers. (For Dr. Muller’s video presentation at Hillsdale College, “Lessons from the River War, ” click here.)

In Churchill’s The River War, readers will have no difficulty in understanding why Churchill was eventually awarded the Nobel Prize for literature. This great, long-neglected work is, like Thucydides’ history, a prose epic.

His subjects include the Nile and its peoples, the conflict between Islam and modernity. He explores the the origins and character of the Mahdist revolt against Egyptian rule within the Sudan. He includes resistance of General Gordon at Khartoum and the fecklessness of Gladstone’s Liberal administration. Finally Churchill chronicles the campaign of reconquest ultimately mounted on behalf of Egypt and Britain by Sir Herbert Kitchener.

In all, these events offered young Churchill the same sort of canvas available to Thucydides. He took the endeavor as an occasion for reflection on the moral responsibilities attendant upon a great power. Here he explores the relationships between civilization and decadence, barbarism and courage, modern science and the changing character of war.

In an age when the Great Democracies are likely to be called on to respond to ugly little conflicts marked by social, sectarian, and tribal rivalries in odd corners of the world—the Arabian peninsula, the Caucasus, the Horn of Africa, the Balkans, Central Africa, the Maghreb, and the Caribbean, to mention the most re cent examples—I can think of no other historical work that better deserves our attention than The River War.

Dr. Rahe is a Professor of History and Politics at Hillsdale College and author of the renowned study Republics Ancient and Modern: Classical Republicanism and the American Revolution. His latest book is The Grand Strategy of Classical Sparta: The Persian Challenge . Given the last paragraph, it is remarkable that Professor Rahe wrote the first version of this essay in 1994.