Why Churchill Matters: Science, the Bomb, the Future 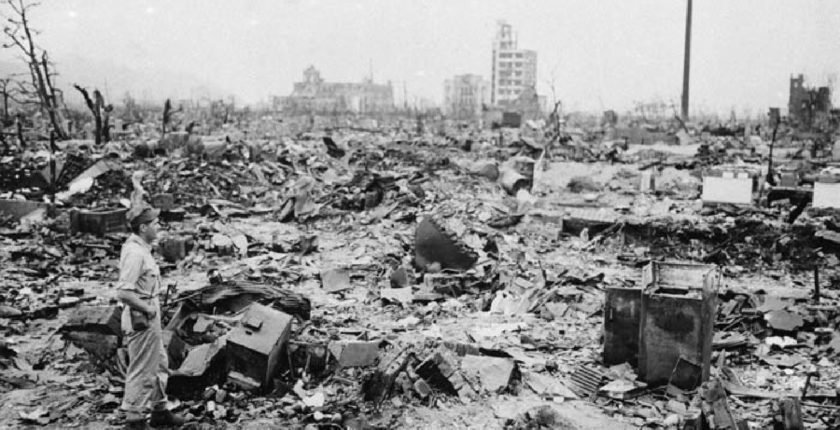 Churchill, Statesmanship, and The Bomb

“We knew the world would not be the same. A few people laughed…A few people cried…Most people were silent. I remembered the line from the Hindu scripture the Bhagavad Gita….‘Now I am become death, the destroyer of worlds.’ I suppose we all thought that, one way or another.”

The speaker was J. Robert Oppenheimer, head of the Secret Weapons Laboratory at Los Alamos. The date was 16 July 1945, culmination of the Manhattan Project: the successful test of the atomic bomb, precursor to the world we live in.

Fifty years after Time magazine named Winston Churchill “Man of the Half-Century,” it was widely assumed that, no one of his stature having emerged since, Time would name him Person of the Century in 2000. Instead, Time gave its accolade to Albert Einstein.

It was a curious choice, as I wrote when editor Walter Isaacson asked for comment. In 1924, Churchill drafted “Shall We All Commit Suicide?,” warning of a possible nuclear holocaust, fifteen years before Einstein sent his famous letter to President Roosevelt warning of the same possibility. Einstein himself suggested that the world was far more likely to come to grief from bad politics than bad physics.

Einstein might have been Time’s Person of the Century. Everywhere else, Churchill was its Man. Charles Krauthammer wrote: “Only Churchill carries that absolutely required criterion: indispensability. Without Churchill the world today would be unrecognizable—dark, impoverished, tortured.” Absent Einstein, someone else would have defined Relativity. Absent Churchill, civilization would have foundered.

Because of the magnitude of that achievement, Churchill is forever seen by the casual as a figure of World War II. Most of his political (and other) admirers—who span the gamut from Bernie Sanders to Ted Cruz—see him in terms of 1940—the year he said “nothing surpasses.” Few recall his prescient warnings of “a bomb no bigger than an orange,” or his late, lonely campaign for a “settlement” with the Soviets in the 1950s, as the terror of imminent extinction flickered. Even fewer know of him as Larry Arnn reveals him in Churchill’s Trial: a statesman who thought deeply about the salvation of free government. “It is rare to discover in the archives,” Paul Addison wrote, “the reflections of a politician on the nature of man.”

Far more than the courageous war leader, Churchill was a thinker who pondered deeply the structure of a free society. We remember, quote, and refer to him because he stood for something. He exemplified certain critical human possibilities that are always worth bringing to the attention of thoughtful people: respect for country, the fraternal relationship of the English-speaking Peoples, their common heritage of law, language and literature; and above all the love of liberty.

No scientist, Churchill had a scientist’s curiosity. He was careful to take advice from experts not only eminent but able to explain technical matters in terms he could grapple with. He listened to them, but he never automatically accepted everything they recommended. He looked around. He kept his options open. He never ignored a mortal threat, even when his colleagues dismissed it.

And isn’t this rare among politicians—the ability to buck the strongest opinions of one’s favorite advisers? Churchill was not a leader who went with the flow, questioning little. He questioned everything. He argued and cajoled. He thought for himself, particularly over the ultimate weapon. He regarded it no less fearfully than Oppenheimer. But he refused to accept it with fatalistic apathy. He tried to do something about it.

Somehow we survived it all. We survived because the longest-lived tyrannical movement of the 20th century pulled back from unleashing the calamity Churchill feared at Fulton. It pulled back, John Kennedy said, because in the end both sides shared something: “Our most basic common link is that we all inhabit this planet. We all breathe the same air. We all cherish our children’s future. And we are all mortal.”

The decades that followed World War II saw fresh tyrants come and go, but Kennedy’s common link, fragile and wavering sometimes, still held. Even the worst of them, Mao and Khruschev, were not suicidal.

“But that’s the point,” argues Mr. Krauthammer, in his fine book, Things That Matter: “We’re now at the dawn of an era in which an extreme and fanatical religious ideology, undeterred by the usual calculations of prudence and self-preservation, is wielding state power and will soon be wielding nuclear power….This atavistic love of blood and death, and indeed, self-immolation in the name of God may not be new—medieval Europe had an abundance of millennial Christian sects—but until now it has never had the means to carry out its apocalyptic ends.”

The nuclear deterrent, Churchill said in 1955, “does not cover the case of lunatics or dictators in the mood of Hitler when he found himself in his final dug-out. That is a blank.” Indeed so. But still, as he wrote in 1924, “Death stands at attention, obedient, expectant, ready to serve, ready to shear away the peoples en masse; ready, if called on, to pulverize, without hope of repair, what is left of civilisation. He awaits only the word of command. He awaits it from a frail, bewildered being, long his victim, now—for one occasion only—his Master.”

Lady Soames always reminded us never to ask the question, “What would Churchill do?” because we have no way of telling. She always replied, when someone ventured to answer that question: “How do you know?” Of course she referred to specific tactics, not to broad philosophy. She believed, as we do, that there was value in studying his life and thought.

On specific tactics, we don’t know. Winston Churchill is not here to consider the options and make judgments. We are. We are not as well equipped to decide as he. But we could do worse than to be guided by his philosophy.