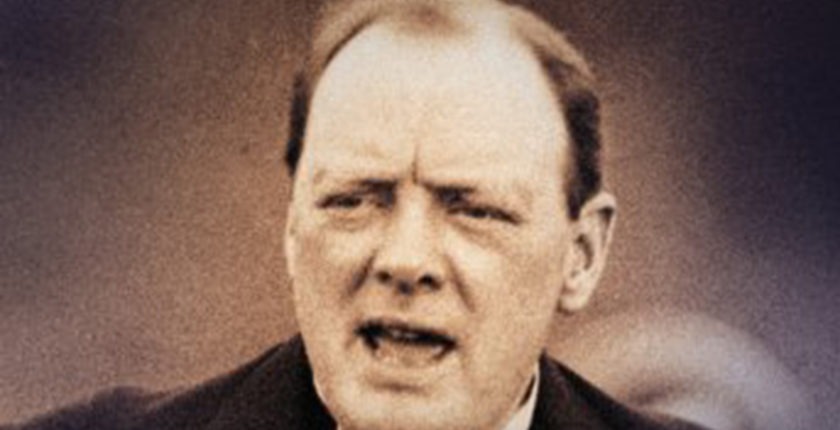 To no great surprise, the centenary of the First World War has generated several books regarding the controversial yet pivotal role of Winston Churchill. His up and down journey through Armageddon began and ended in powerful political offices: the Admiralty (1914-15) and the Ministry of Munitions (1917-18). The war’s middle years found him in political exile, which included a stint as an infantry commander in the trenches.

Churchill’s remarkable rise, fall, and return to power—which caused one newspaper to dub him “the unsinkable politician”—is already magisterially chronicled by Sir Martin Gilbert in Winston S. Churchill, vol. 3, The Challenge of War, 1914-1916; and The Churchill Documents, vols. 6-7, At the Admiralty and The Escaped Scapegoat (Hillsdale College Press, 2007-08). So the question to ask about any new book on the topic is whether it tells us anything more, or improves on or presents a different take than Gilbert. The almost inevitable answer is “no,” making it incumbent upon reviewers to advise potential readers why they should invest time reading such works as “Unsinkable.”

Freeman adeptly highlights Churchill’s accomplishments and explains his supposed failures in support of the central thesis that among British leaders, only Churchill rose from the First World War prepared and poised to fight the Second (241). Freeman observes that no one was more suited to wage war nor more obstructed by his political enemies, primarily former Conservative Party colleagues, whom he had opportunistically abandoned in 1904 to join the Liberal Party. These vitriolic Tory critics, as well as many press critics, were predisposed to see the worst motives for any of Churchill’s actions while he, as is wont for most self-absorbed people, was unable to recognize how others would view or misconstrue his actions. Freeman also praises Prime Minister David Lloyd George, arguing that only he and Churchill, among British political leaders, were effectively and victoriously able to wage war. Lloyd George was big enough to see Churchill’s talents, and Churchill big enough to rise to every challenge.

Churchill’s accomplishments early in the war as First Lord of the Admiralty (civilian head of the Royal Navy) were impressive. It was Churchill who had the fleet mobilized and ready for action when the war began; who kept the German High Seas Fleet bottled up in its home base; who cleared other German ships from the sea lanes; and who safely transported thousands of troops in the British Expeditionary Force (BEF) to France. Among several failures attributed to him, the most significant was the failure of the Dardanelles campaign attack to knock Turkey out of the war in 1915. Freeman effectively demonstrates the corporate nature of the operation— enthusiastically supported by Prime Minister H.H. Asquith and War Secretary Lord Kitchener—whose failure was primarily and permanently attributed to Churchill. (“What about the Dardanelles?” hecklers would piously scream at him ever after).

Freeman perceptively observes that few “could match Churchill’s capacity to fight lost causes” (124), a rare ability that often rescued those causes, such as his political career in 1915 and Britain’s war against Nazi Germany in 1940. In 1915-16, Churchill had a sojourn in the front lines, where he ended up commanding a Scottish battalion. He made mistakes as both a soldier and politician, but they were not committed in a vacuum, nor were they as egregious as widely portrayed. He gained new insights on the dismal strategy and ineffective tactics of British leaders who wasted lives through their failure to fully appreciate the transformative uses of technology. This gave him the motto of “machines not men”—machines like the tank to break the military stalemate.

Lloyd George, who replaced Asquith as Prime Minister in 1916, had the sagacity and moral courage to bring him Churchill back into government as Minister of Munitions in 1917. There Churchill was crucially able to mass produce adequate supplies of weapons and ammunition, the “munitions miracle” (226) needed to win the war in 1918. Other lessons Churchill learned, which he would ably apply in World War II, were the value of combined operations, an integrated command system, a small war cabinet, determined morale boosting, and code breaking.

“Unsinkable” is an insightful, credibly argued book, recommended for the general reader who requires less detail than the painstakingly complete official biography. There are only a few minor errors, mostly date related, and Freeman’s odd interchanging use throughout the book of either ‘John’ or ‘Jack’ (both accurate but the latter being most commonly used) when referring to Churchill’s brother. It offers an excellent selection of well-captioned black and white photographs and maps, though, unfortunately without enumeration and sourcing. For deeper accounts of Churchill’s First World War, readers should look to the Gilbert and other works referenced below.