The Churchill Project - Hillsdale College > Articles > Q & A > Churchill in WWII > Templer, Kennedy, and the Origin of Churchill’s “Wrung like a Chicken”

Templer, Kennedy, and the Origin of Churchill’s “Wrung like a Chicken” 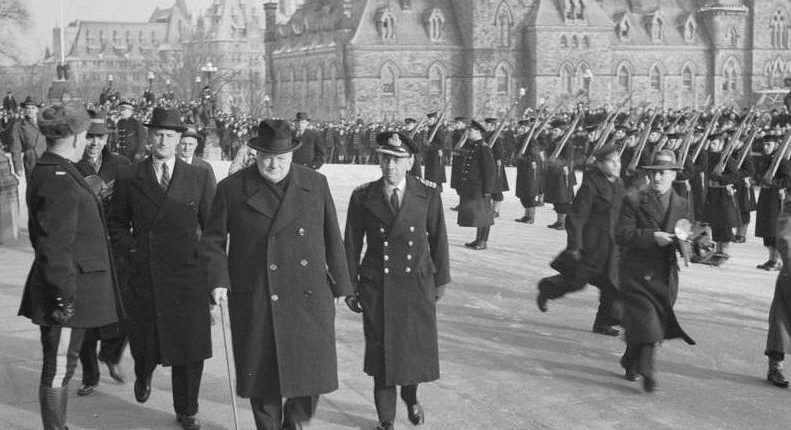 In his first and as it proved only address to the Canadian Parliament, Winston Churchill brought down the house in words which will live as long as his story is told:

The French Government had at their own suggestion solemnly bound themselves with us not to make a separate peace. It was their duty and it was also their interest to go to North Africa, where they would have been at the head of the French Empire. In Africa, with our aid, they would have had overwhelming sea power. They would have had the recognition of the United States, and the use of all the gold they had lodged beyond the seas. If they had done this Italy might have been driven out of the war before the end of 1940, and France would have held her place as a nation in the counsels of the Allies and at the conference table of the victors. But their generals misled them. When I warned them that Britain would fight on alone whatever they did, their generals told their Prime Minister, and his divided Cabinet, “In three weeks, England will have her neck wrung like a chicken.” Some chicken! Some neck.

The writer Caleb Jackson asks (via Andrew Roberts) about the “wrung chicken” line. Did Churchill really get it from the French generals? Or was it perhaps Joseph P. Kennedy, then Roosevelt’s Ambassador to the Court of St. James’s? The answer perhaps says more about the Ambassador than the chicken—or the French.

Having one’s neck “wrung like a chicken” was not a new expression in 1940. But Mr. Jackson noticed an interesting alternative version of where Churchill derived it. He sends us this excerpt from Tiger of Malaya, John Cloake’s biography of Field Marshal Sir Gerald Templer. 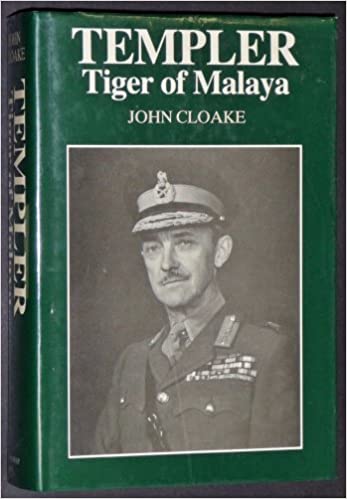 One morning in June [1940] at about 9.30, I was sent for by Major General Percival, and told that Joseph Kennedy, the American Ambassador, was behaving like Cassandra and that he had no faith in this country being able to defend itself. He was also of the opinion that we had lost the will to fight. Percival told me that it had been arranged that I was to see Kennedy. I should speak to him in the manner that I had used in speaking to senior officers in the War Office. I warned him that it would be pretty rough going, and he said that was quite all right by him.

On arrival, I was not kept waiting for more than a few minutes, and was then ushered into the Ambassador’s room. There was only one other person present and I did not know him. I gathered afterwards that it was the Ambassador’s second-in-command in the Embassy—Herschel Johnson—whom I now know to have done all in his power, if unsuccessfully, to correct the harm which Kennedy was spreading both in America and among the visitors to his office in London.

At the time—it was likely Tuesday June 11th or 18th—French army was being routed everywhere. The French leaders had asked to be relieved from their promise not to make a separate truce. Ambassador Kennedy, Templer recalled, “understood that I felt strongly about events in France, and asked me to tell him.” Templer, before and after, was not a man known for hiding his feelings:

I burst, and never stopped talking for more than half an hour. They appeared somewhat astonished at my behaviour but did not interrupt me nor ask me any questions. I did not mince my words about Britain’s terrible unpreparedness, about the cowardly attitude of the French army on the right of the BEF which I had observed with my own eyes at close range, or about the uncivilized behaviour of the Stuka pilots in herding the Belgian, Dutch and French refugees up and down the roads.

In due course I ran out of steam and Kennedy said to me: “Young man, England will be invaded in a few weeks’ time and your country will have its neck wrung by Hitler like a chicken.”

I got up and told him exactly what I thought of him in most undiplomatic language. I was quivering with fury. Having got that off my chest I marched out of the room without further ado, and went back to the War Office and reported the whole affair… I have no doubt it was relayed on to 10 Downing Street quickly. I have often wondered whether it was from this incident that Churchill coined his famous phrase, “Some chicken! Some neck.”

We thank Mr. Jackson for this account, which was new to us. Kennedy made no bones about his opinion that Britain alone could not stand. Still, it seems unlikely that Churchill, in December 1941, quoted the chicken line as a stab at the Ambassador. By then he was 14 months gone, relieved in October 1940, John Winant, with whom Churchill was on good terms.

Churchill did not say the chicken line was made to him. What he said was: “…their generals told their Prime Minister, and his divided Cabinet….” His basis for that was French Premier Paul Reynaud, who quoted the words in a letter. Churchill’s private secretary, Jock Colville, provides the evidence in his diary note for 9 July 1940:

The P.M. inveighed against defeatism and said it would be better to make this island a sea of blood than to surrender if invasion came. He had been impressed by a letter from Reynaud to Pétain, sent some weeks ago, in which the former recalled how the Generals had said to him that after the Franco-German Armistice England would have “her neck wrung like a chicken” in three weeks. Reynaud had sent copies of this letter through the American Ambassador at Vichy to the P.M. and to the President. It is impressive reading.1

Even though Kennedy used the chicken line to Templer, it seems coincidental. It is far more likely that Churchill recalled it from Reynaud’s letter to him and Roosevelt.

Most historians credit the “wrung chicken” crack to Maxime Weygand, the Anglophobe French generalissimo. His views about British inadequacies were well known. When he said it is less clear. Weygand and Reynaud, but not the cabinet, were in Tours on June 11th, when Churchill made his penultimate 1940 visit. On Churchill’s last trip, to Briare on the 16th, they were all present. But Spears regards Weygand saying it then as “unlikely.”2

…is a reliable witness. A Lieutenant-Colonel in 1940, he rose to high positions after the war. In 1952, he was made High Commissioner to Malaya. There he put down a communist uprising, not without controversy over his methods, but Malaysia achieved independence five years later. Today it has a parliament, a legal system based on English Common Law, and the third largest economy in Southeast Asia.

Templer’s Malaya assignment came during Churchill’s return to Ottawa in January 1952. He was recommended by Earl Alexander, then Canadian Governor General. “The latter’s high esteem of Templer, who was then unknown to Churchill, carried weight,” wrote Jock Colville… “he offered him the command right away.”3

The Prime Minister feared he was sending Templer to his death: his predecessor had been assassinated.

Churchill retired in 1955 and began quickly to forget names and places. They met again, touchingly, outside the House of Commons in 1958. Templer was by now Chief of the Imperial General Staff, but Sir Winston didn’t recognize him. WSC’s bodyguard wrote:

[Churchill] turned to me as if to say that he had a feeling that he should know this stranger in front of him, some four or five yards away, but who was he? “General Templer, Sir Winston,” I said quickly. “Of course,” he replied, trying to imply that he had known all along who it was. They shook hands, and at the door the General stood aside for Sir Winston to enter first, but with a very courteous gesture with his right hand the Old Man waved Sir Gerald in. “After you, my dear, after you. This is my house.”4