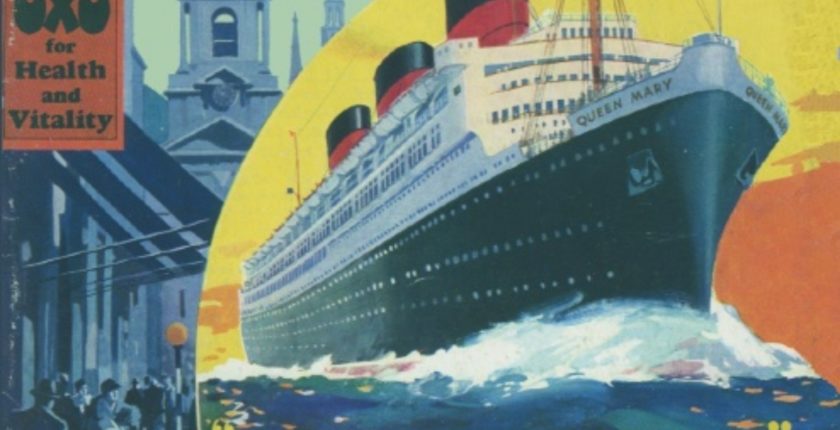 Q: According to Roland Quinault in “The Cunarders” (History Today), in May 1943 for his trip to America aboard HMT Queen Mary, “Churchill insisted that 5000 German prisoners should also sail with them.” Why? As a prophylactic against torpedoing? —R.G, Des Moines, IA.

A: That would seem unlikely for a man of Churchill’s courage and disdain for danger. The Cunard Queens were regarded as fairly safe trans-Atlantic transports, being far too fast for U-boats, unless one happened to by lying in their path. (Such was the scenario in World War I, when the Lusitania fell into the cross-hairs of the U-20 off Ireland; the German commander, Schweiger, couldn’t believe his luck, but only had time to launch one torpedo, which caused internal explosions. Read about Churchill and the Lusitania here.)

From what we know of Churchill’s habits on wartime journeys aboard the Queens, it is far more likely that he simply wanted to avoid disturbing the routines of war. Aboard the Cunarders, he was often accompanied by Allied troops or prisoners of war, being shuttled back and forth.

Featured image: From the cover of The Strand Magazine, in which Churchill extolled the Queen Mary in May 1936.