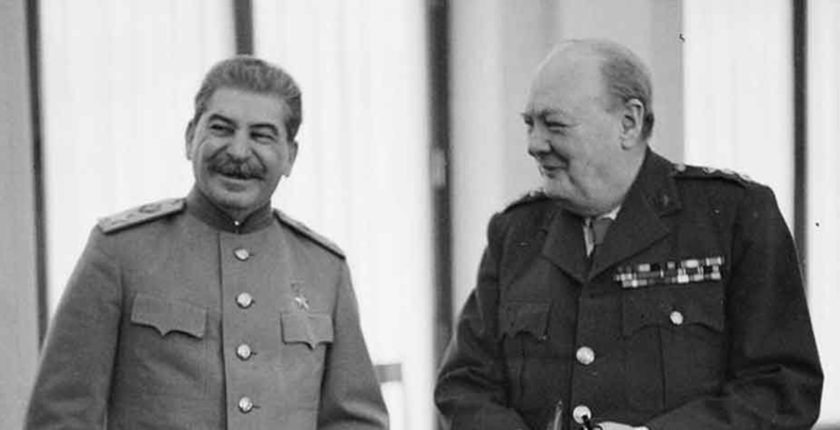 It is not unprecedented for a head of state of a democratic nation to give classified information in wartime to the head of a despotism, including the Russian or the Soviet government. On April 3, 1941, Winston Churchill sent this message to Joseph Stalin through the British Ambassador to the Soviet Union, Sir Stafford Cripps:

Following from me to M Stalin, provided it can be personally delivered by you:

I have sure information from a trusted agent that when the Germans thought they had got Yugoslavia in the net, that is to say, after 20th March, they began to move 3 out of the 5 Panzer Divisions from Roumania to Southern Poland. The moment they heard of the Serbian revolution this movement was countermanded. Your Excellency will readily appreciate the significance of these facts.1

Churchill received this intelligence from German military communications, which were being deciphered daily by Alan Turing and his team at Bletchley Park. Of course, Churchill did not reveal this to Stalin. The following day, Churchill telegraphed Sir Stafford with further instructions:

1. If your reception gives you opportunity of developing the argument, you might point out that this change in German military dispositions surely implies that Hitler, through the action of Yugoslavia, has now postponed his previous plans for threatening Soviet Government. If so, it should be possible for Soviet Government to use this opportunity to strengthen their own position. This delay shows that the enemy forces are not unlimited, and illustrates the advantages that will follow anything like a united front.

2. Obvious way of Soviet Government strengthening its own position would be to furnish material help to Turkey and Greece and through latter to Yugoslavia. This help might so increase German difficulties in Balkans as still further to delay the German attack on Soviet Union, of which there are so many signs. If, however, opportunity is not now taken to put every possible spoke in the German wheel, danger might revive in a few months’ time.

3. You would not, of course, imply that we ourselves required any assistance from Soviet Government or that they would be acting in any interests but their own. What we want them to realize, however, is that Hitler intends to attack them sooner or later, if he can; that the fact that he is in conflict with us is not in itself sufficient to prevent him doing so if he is not also involved in some special embarrassment, such as now confronts him in Balkans, and that it is consequently in Soviet interests to take every possible step to ensure that he does not settle his Balkan problem in the way he wants.2

At the time that Churchill wrote this, Stalin was in open alliance with Hitler, therefore an enemy of Britain. Churchill abhorred communism all his life. Still he was trying to woo Stalin away from Hitler, which is what ultimately happened. As much as any other single thing, that turned the war.

This kind of thing is the essence of executive action. In our system, the president is also Commander in Chief (an arrangement that Churchill admired). This means that the chief executive and the commander in chief in our system is directly accountable to the people.

If a President, when communicating with other heads of state, were subject to the same rules of classification as other members of the Executive Branch, then of course whatever body makes the classification would be able to control what the President says. But that is nonsense, for if it were the case then unelected bureaucrats, and not elected leaders, would control executive action.

There are those who hope for this. Pray it does not come to be, for then we will be more likely to get Hitlers or Stalins in control than Churchills.