“The Grand Deception” – by Tom Curran 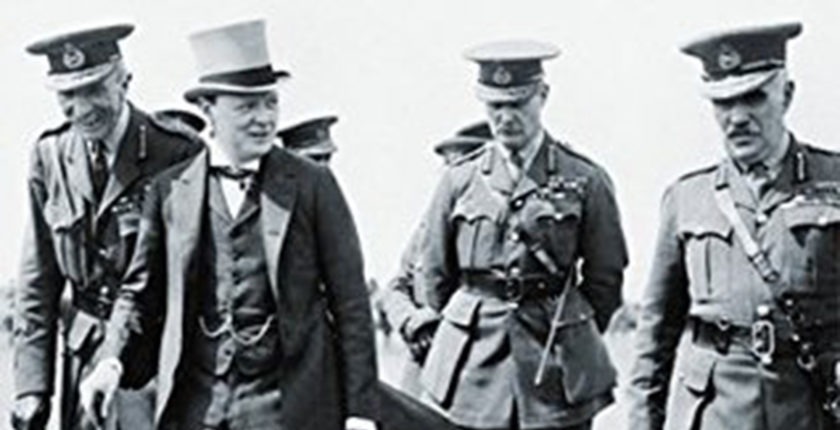 It is not a good sign when the dust jacket on a new book about Churchill’s role in the Dardanelles campaign describes its principal subject as Britain’s First Sea Lord. Churchill was, of course, the First Lord of the Admiralty, the political rather than the professional head of the Royal Navy. This sort of slip is easily made, but unfortunately the book’s contents are no more reliable.

The premise of the work is hardly original: Churchill, we are told, was personally and solely responsible for both the ill-fated Dardanelles offensive and the disastrous Gallipoli campaign that followed from it. This charge has haunted Churchill since 1915. But according to Curran, historians writing since the late 1960s—when British official records were opened to public scrutiny —have not recognized the full extent of Churchill’s culpability. Curran’s mission is to set the record straight.

His central argument, as the title suggests, is that Churchill actively deceived his colleagues in the British government to secure their assent to the naval offensive. As First Lord, Churchill reportedly ignored the admirals’ strong and unanimous objections to the Dardanelles project when the idea was first mooted; he silenced his subordinates to ensure that their warnings never reached the War Council; he misled Lord Kitchener (Secretary of State for War) about the destructive capabilities of HMS Queen Elizabeth, the navy’s newest super-dreadnought; and he unilaterally committed the government to a land campaign by releasing an unauthorized statement to the press at the outset of the naval attack. These charges are backed up with quotes carefully selected from contemporary documents and a handful of like-minded historians. All of it is presented with a sneer.

There is no doubt that Churchill, while not the initiator, was the driving force behind the idea of a naval offensive to force a passage through the Dardanelles. Even his admirers will admit that he made mistakes. But Curran is determined that Churchill alone must shoulder every ounce of the blame, and he has clearly never encountered a criticism of Churchill that he was not prepared to accept at face value. Lord Fisher and the admirals, it seems, were bullied into submission by their all-powerful political master, while Asquith and the politicians were hapless dupes. To make this case, every statement critical of Churchill is treated as reliable, and every document is interpreted in the worst possible light. Evidence that might paint a different picture is ignored or brushed aside.

This problem is best illustrated by the press communiqué issued by the Admiralty on 20 February 1915, the day after the fleet began its attack on the Dardanelles’ outer defences. Curran maintains that this had disastrous repercussions. By announcing the attack in the press, Churchill allegedly sacrificed the element of surprise, by “providing the enemy with a warning of the Allies” intention to break through the Straits “at all costs,” thereby making it impossible for the offensive to be called off without inflicting a severe blow to British prestige in the East. Curran’s “smoking gun” is a complaint Lloyd George made to his mistress and secretary, Frances Stevenson, nearly three months later.

This all seems damning until we examine the coverage that subsequently appeared in The Times, where we discover that Churchill’s press release provided only a short statement describing the bombardment of 19 February and the Allied ships that took part in it. The ship information probably should not have been shared with the enemy, but the bombardment itself presumably had not gone unnoticed by the Turks! The real damage was surely Churchill’s announcement that the attack “must be successfully carried through at all costs.” But a glance at The Times reveals that these words do not appear anywhere in the Admiralty press release. They were written by the newspaper’s military correspondent, Charles à Court Repington, in a separate article in which he presents his own thoughts on the new campaign. Lloyd George had presumably conflated Churchill’s press release with Repington’s commentary, and Mr. Curran seems happy to do the same, since it allows him to attribute blame for the subsequent Gallipoli campaign entirely to Churchill.

Curran is similarly cavalier in his handling of the testimony presented to the Dardanelles Commission, established by Parliament in 1916 to investigate the failed campaign. He maintains that the naval officers who came before the commission demonstrated beyond a doubt that they had put up a determined opposition to the naval attack in early January 1915. But this was not the picture painted by Lord Fisher, the First Sea Lord. “I was the only one who stood out against it,” he told the Commission. Fisher even went so far as to admit that he had not actively opposed the operation in its early stages. “Mr. Churchill is quite correct,” Fisher wrote at one point. “I backed him up till I resigned. I would do the same again! He had courage and imagination! He was a war man!”

What about Churchill’s other advisers? Vice-Admiral Sir Henry Oliver, Chief of the Admiralty War Staff, told the Commission that he had supported the naval offensive. When asked if he considered himself responsible for the decision to attack, Oliver responded unambiguously: “Yes, I consider I have got responsibility. If I thought the First Lord and the First Sea Lord were bent on doing something which appeared to me highly imprudent, I should have had my opinion recorded that I was not in agreement with it.” Curran consistently overlooks statements like this, or chooses to ignore them.

For all its scholarly trappings, The Grand Deception is little more than the case for the prosecution, with footnotes and an up-to-date bibliography. It will undoubtedly satisfy readers already certain of Churchill’s absolute guilt who wish to be reinforced in this view, but it cannot be recommended for anyone approaching this topic for the first time, or who is willing to entertain any other conclusion.

Christopher M. Bell is Professor of History at Dalhousie University. His latest book, Churchill and the Dardanelles, presents a different perspective on Churchill’s involvement in the Dardanelles campaign.