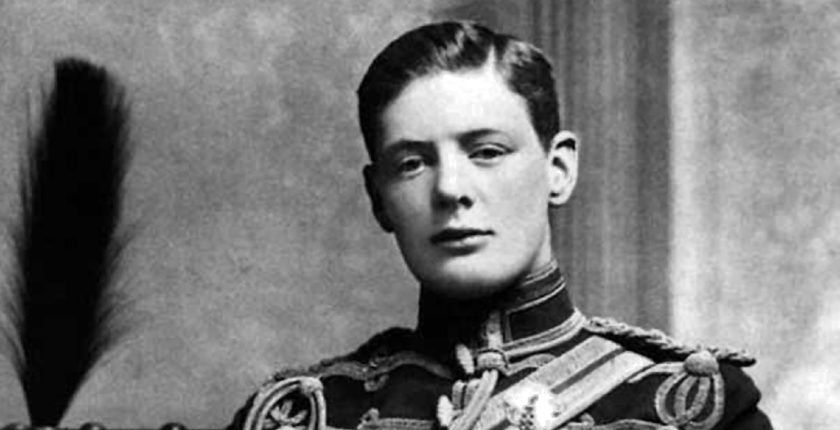 A Singular Work of Original Research

The Canadian author, a soldier and historian, is fluent in Spanish and a scholar of Latin American history. His book serves to prove that Churchill’s early, brief experience as a war reporter in Cuba deserves greater attention from historians.

In 1895 Churchill, a newly minted soldier of the Queen, believing he would die young like his father, hurried to accumulate military and journalistic experience as a path to fame and ultimately, Parliament. With the support of his mother and high British connections, he and fellow officer Reginald Barnes made a whirlwind visit via the USA to Cuba, then locked in rebellion. Hosted by Spanish forces, Churchill reported the revolt for London’s Daily Graphic. He wrote five well-received articles for the newspaper, plus later articles for other publications, the beginning of his long and lucrative writing career.

Klepak’s strength is his experience with Spanish language records, which divulge information Churchill’s Spanish minders were careful to conceal. Churchill did observe that Spanish troops, though well-armed, lacked sufficient cavalry to effectively confront the rebels (Mambis) who benefited from superior mobility, good intelligence, and popular support. What Churchill did not know was that Spain had already lost the strategic initiative, enabling rebels to invade the more prosperous, less rebellious western half of island for the first time. The courteous Spanish leaders who hosted Churchill were soon replaced by those favoring harsher measures, which culminated in the 1898 American invasion that ended Spanish rule and brought Cuba independence.

Churchill was aware of efforts by both sides to control information: “[I]t was explained to me that while the Spanish authorities were masters of the art of suppressing the truth, the Cubans were adepts at inventing falsehoods. By this arrangement conflicting statements and inaccuracy are alike assured” (207).

But Churchill, Klepak writes, tended to overestimate rebel casualties, while being too critical of Spanish tactics and not truly appreciating Spain’s lack of adequate numbers and rations. The author uses Spanish records to show that Churchill’s claim in My Early Life (1930) to have been fired upon for the first time on his 21st birthday was not accurate. The shots occurred the next day, December 1st, in a skirmish at La Reforma (141).

Klepak effectively punctures several other myths arising from Churchill’s Cuban adventure. Churchill, he shows, had smoked cigars well before arriving there: his father had previously opened an account for him at the J.J. Fox Cigar Shop at St. James’s. Churchill’s love for cigars may, however, have blossomed after he sampled the local product. Havana’s Romeo y Julieta became his favorite brand.

The claim that Churchill lunched with rebel leader Maximo Gomez is dismissed (173). Also, while Churchill may have taken a British army dress uniform with him for formal occasions, he did not wear it in the field. Finally, Churchill’s claim that rebels used grass snakes (jubos or jubitas) with small incendiary devices attached to start fires in the sugar fields is pure invention, probably a case of the young reporter being fooled by a local tall tale (176-78).

This valuable work of original research does have some minor problems. For instance, Klepak relieves overmuch on William Manchester’s The Last Lion, rather than the official biography by Randolph Churchill and Martin Gilbert, though the latter is a prominent reference. Manchester, a great writer, was not known for pinpoint accuracy.

A minor error (224) is that Churchill was formally commissioned into four not three military units: Klepak omits his commission with the Royal Scots Fusiliers in 1916, while mentioning his earlier commissions with the Fourth Hussars, South African Light Horse and Queen’s Own Oxfordshire Hussars. There is also an odd reference to Petrograd, Russia in 1870. St. Petersburg, bore that name only in 1914-24 (68). Finally, while the modern photographs by Glen Hartle are excellent, the historical photographs are not sourced, nor are the chapter epigrams, which are presumably Churchill quotes.

Hal Klepak has provided an excellent new resource through his comprehensive research of archival and published literature in Spain and Cuba, revealing a far more complex account of young Winston’s Cuban interlude than any before published.

Mr. Shepherd is Associate Archivist of The Catholic University of America, and is the manager and principal writer for The Archivist’s Nook. He has written book reviews for several publications, including Finest Hour and Military History.