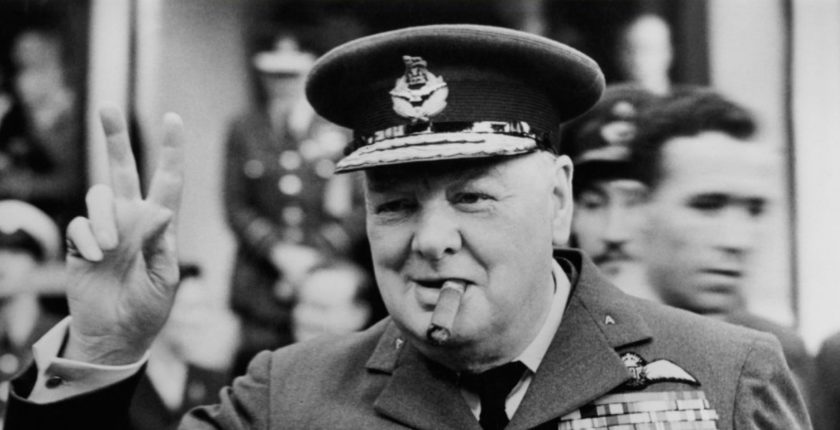 This very professionally self-published book comprises everything one needs to know about that extraordinary day, Saturday, 30 January 1965. The work is the product of a good deal of archival research. Drawing on records at Arundel Castle (home of the 16th Duke of Norfolk, the Earl Marshal of England, who organized the funeral), the College of Arms, the National Archives at Kew, the Churchill Archives Centre at Cambridge and others, Dr. Croft gives the inside version of how the funeral—widely seen as one of the great triumphs of British pageantry—was planned and carried out. No detail is ignored, down to the cost of the afternoon tea and sandwiches on the train that was returning to Paddington Station in London after depositing Churchill’s body in Oxfordshire (four shillings). When Clementine Churchill finally retired to bed that night, she said to her daughter, Lady Soames: “You know, Mary, it wasn’t a funeral, it was a triumph!” So, in a way, is this charming little book.

An interesting sidebar is Rodney Croft’s mention of a remark Churchill is alleged to have uttered about Charles de Gaulle, who as President of France would attend his funeral: “‘If I outlive de Gaulle, there is no problem. But if he is still alive I want him to be part of the group that greets my body as it comes into Waterloo!”

According to Croft, the Duke of Norfolk related this wisecrack to his friend Alec Bedser, the cricketer. “Beachcombing’s Bizarre History Blog” recently cited the quotation, but was unable to document it: “It sounds very Churchillian,” they wrote, “but it also has the exquisite stench of cobblers.”

Right on both counts. Churchill conceivably might have known that Waterloo Station (where his coffin was conveyed for its rail journey to Bladon churchyard) was on the funeral route. We also wondered whether Churchill would have known he would have a state funeral—thus automatically making de Gaulle as an invitee.

Churchill did know that, writes Allen Packwood of the Churchill Archives Centre: “According to Anthony Montague Browne’s book Long Sunset, a state funeral meant changing his Will so that he would not be cremated, but he was kept away from all the detail. I believe that HM the Queen had indicated her assent to this as early as 1958. Sir Winston’s only contribution was to ask for military bands, which of course he got!”

The Churchill scholar Paul Courtenay adds further doubt: “I recall hearing a similar story years ago, which was clearly someone’s joke and not originated by WSC. The version I heard was that after arriving at Waterloo, de Gaulle should proceed via Trafalgar Square!”