“Churchill: The Life” – by Max Arthur 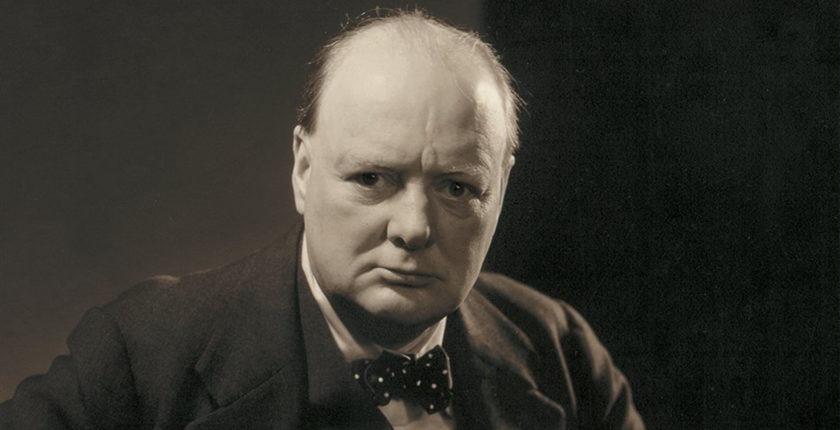 When a photo editor considers creating a Churchill “pictorial biography,” is he ever deterred by the stacks of just such books accumulating along shelves of libraries since the 1940s? One cannot be sure, but Max Arthur has been “toiling in the Churchill vineyard” for many years. He knows a good deal about it all, and his new volume is lovely work.

There must be a hundred picture books dedicated to Churchill. After all, he lived his entire life in the era of the camera. Motion pictures captured him as early as the siege of Sidney Street in 1911. Photographers gathered to shoot him during national crises or important events. It helped that he usually enjoyed interacting with the press. There are tens of thousands of Churchill photographs, since his personality was many-faceted, like a fine-cut Waterford goblet—and because he was consequential for half a century. What he said and did mattered to, and was remembered by, millions. Life devoted at least five cover stories to him between 1946 and 1965, and could surely have created more.

In this new volume, about 260 pages hold photographs, a few in color. The large format gives great impact to many we’ve seen before, but the print quality, the lighting, is enhanced. By comparison, there is a marvelous and lengthy range of photos in Martin Gilbert’s Churchill: A Life (1991). A few photos appear in both books: Churchill at Sidney Street; he and his wife playing “Bear” on a lawn with baby Randolph; the PM crossing the Atlantic on the Queen Mary in 1943, and giving V-sign to ecstatic seamen crushing into a ship doorway to see him arrive. More space and finer printing make the photos better in Max Arthur’s book; nonetheless, he dedicates his book to Sir Martin, his friend and inspiration.

This collection, which comes with first-rate captions, is strongest in two areas. There are innumerable photographs of the political man—before a crowd, or dressed-for-the-office and striding toward the camera. Then there are a great number with family members: endearing, and sometimes rare. Over two dozen shots include Clementine Churchill. Daughter Sarah appears, initially in such ways as helping Papa lay bricks, and later at social events at his side. Such selections lend charm to the pages, and one does not mind they come at the expense of photographs with more influential figures. There are only a few with Stalin, Roosevelt and Truman, and none with such world figures as Tito and King Saud. There could be more, save for the editor’s unusual decision to use a handful of photos twice—once in a proper place within the narrative, and again in large format to mark the beginning of a chapter.

Some photos strike me as originals, prompting a search through memory as to whether one has ever seen them before. On a quarter-page, dusted with gray-brown haze, is a perfectly-composed outdoor photo: a plinth, young Winston (looking most cocky at 18), his seated brother Jack and a remarkable little dog. Arthur devotes a page-and-a-half to a 1913 street shot, WSC’s funny grin and odd stance reminding us of a “still” from theater; it is the best-possible illustration of why some chroniclers of the time envisioned Churchill as “Puck” from A Midsummer Night’s Dream. Around him are several in field uniform such as General Sir Ian Hamilton, which only makes the contrast with Churchill’s unusual civilian clothes and posture more comical.

His smiles, more common than many remember today, are in almost sixty photos, ranging from grins to cheery or toothy displays. Max Arthur may have done this unconsciously, but the fine text does not emphasize Churchill’s optimism, which held on even through the sadness of his declining years. Naturally the book doesn’t lack for photos of steely determination, including the most famous them all, by Yousuf Karsh in Ottawa, after the PM addressed the Canadian Parliament.

Photos from his old age are well chosen. One, in color, shows him in 1950, in a field at Chartwell, with cane and a slight stoop, nuzzled by a beautiful reddish colt. This man who might sink an enemy fleet or bomb an army loved animals. Another unique photo shows an aged Churchill with General Eisenhower, at a London dinner in 1959, dressed formally, with the big smiles and bald heads: two old friends.

As the visage becomes older and the pages count down, Arthur includes a riveting shot from spring 1955: an unknown man kneeling in prayer at 10 Downing Street. Lady Churchill termed Sir Winston’s resignation as Premier at that time “the first death.” An unusual shot, close in, has Churchill in a litter, carried from a hospital, in 1962. Then in January 1965, a worn-out Lord Moran, his doctor, speaks in front of his 28 Hyde Park Gate, the Churchill London home, two weeks before the great man’s death. Finally in a two-page spread is the broad gray Thames on that memorably cold day, the launch Havengore bearing the casket, the long shoring cranes dipped low, a perfect diamond formation of Royal Air Force Lightnings overhead.

Max Arthur’s pictorial ends in text. Marching down a final page are lines of a tribute and life-summary prepared for President John F. Kennedy on 9 April 1963, when Churchill was proclaimed an honorary citizen of the United States. Kennedy’s actual words of that occasion varied a little; today they may be read, or listened to on audio, or video tapes. They were few, but worth a thousand pictures.

Christopher C. Harmon has served on the board of academic advisors for the International Churchill Society, and is the author of a frequently cited monograph:“Are We Beasts?” Churchill on the Moral Question of World War II “Area Bombing” (Naval War College, 1991). His five books include the graduate-level textbook Terrorism Today (second edition, 2008).