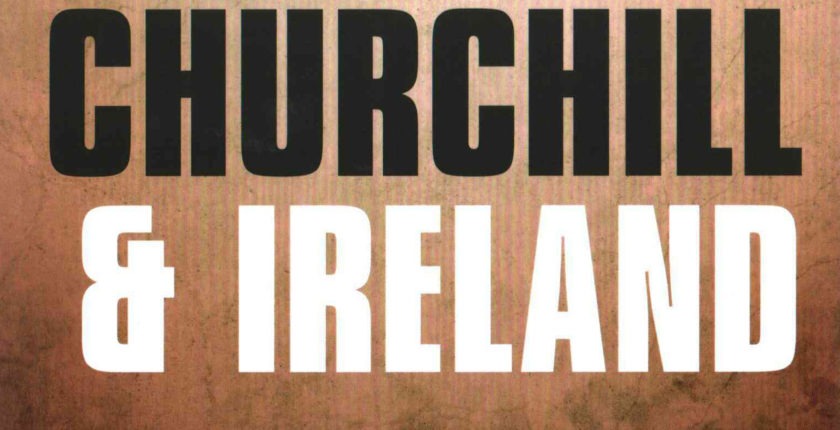 It is a good sign of a book’s quality when readers wonder why points so obvious have never before been made. Indeed it seems incredible that Churchill’s long, multi-layered and ambiguous relationship with Ireland has never before received the detailed and forensic treatment that Paul Bew now provides us.

In his posthumously published short story, The Dream (a good guide to the things that mattered to the elder Churchill), Ireland looms large. It is 1947, and Churchill is copying a portrait of his father, painted by one of the Belfast Conservative clubs at the time the Home Rule crisis of 1886. Suddenly, the ghost of Lord Randolph Churchill appears before him. The inquisitive shade asks what has happened to Ireland. His son replies that the south got Home Rule, whilst the north “stayed with us.” This Irish split is illustrative of the dichotomy in Churchill’s attitude toward and experience of that charismatic island.

In My Early Life, Churchill memorably described his being thrown from his donkey in Phoenix Park, Dublin. His nurse, Mrs. Everest, had been alarmed by a procession of riders in the distance, thinking that they must be Fenians. The donkey, being more alarmed, threw young Winston, giving him a concussion. This, he ruefully tells us, “was my first introduction to Irish politics.” His impression can only have been reinforced when Churchill remembers the gift of a drum from a civil servant, Thomas Burke. Shortly after, Burke was the victim of a spectacularly horrifying murder in that same Phoenix Park, hacked to death by a gang of assassins wielding surgical knives, known as “The Invincibles.” Thus Churchill’s experience of Ireland started early, continued for many years, and holds many keys to his entire career.

Paul Bew is Professor of Irish Politics at Queen’s University Belfast, and now sits as a cross-bench peer in the House of Lords; he co-chaired the Speaker’s Advisory Committee for Parliament’s commemoration of the 50th anniversary of Churchill’s death. His book is readable, reliable, and brings new perspectives to the topic. For example, Lord Bew points out that Gallipoli, usually seen as an tragedy for the Australia New Zealand Army Corps, produced stirrings of nationhood in the Emerald Isle as great as in the Land of the Long White Cloud. Few historians have addressed this point before. Lord Bew reminds us that Churchill was intimately involved in the Curragh Mutiny, and the incredibly sensitive Irish negotiations up to the outbreak of the First World War—and that this formed his “training” in handling nationalist extremism and domestic political violence.

Ultimately Churchill’s experience of Ireland was framed in struggle. As usual, his attitude was one of magnanimous peacemaking after the conflict was won. He wished to see, in the fullness of time, an Ireland united by consent under the protective umbrella of the British Commonwealth. The turbulent politics of Ireland frustrated this noble aim. Churchill regretted his harsh words about de Valera in his Victory in Europe speech, when he omitted that Ireland did provide, as Lord Bew reminds us, significant discrete intelligence assistance. Perhaps Churchill’s frustration is understandable. Lord Bew mentions Margaret Thatcher’s wish to know how many lives were lost in the Second World War as a result of Irish neutrality. (She was given the not unreasonable response that it was impossible to know, although Admiralty files are said by Bew to contain a remarkably precise figure of 5070 British sailors.) Yet Lady Thatcher also worked for peace in Ireland.

Against such a background, the “intense paradox” (183) of Churchill’s “ambitious, complex and, at times deeply flawed” engagement with Ireland (182) can be understood. Paul Bew ends his book by making the long-term consequences of Churchill’s policy clear. He was a sponsor of partition, but never expected it to last as long as it has, hoping for unification by mutual consent. Yet Churchill broke the Treasury consensus that Northern Ireland should pay for its own defence, with the result that, today, Treasury expenditure per head is 23% higher in Northern Ireland than the rest of the UK. The “economic facts of life”, says the author, tend to sustain this de facto, unintended and long-term partition.

Paul Bew has not only achieved the feat of adding a well-researched, fresh and nuanced addition to the Churchill canon, but has found a jewel in a rather thoroughly searched room. The jacket note states that the story of Churchill and Ireland was “the first piece in the Churchill jigsaw and, in some respects, the last.” Lord Bew may well be right; but in any event, his book certainly has a claim to be the last word on this fascinating and important subject.

Mr. Courts is the Member of Parliament for Witney and West Oxfordshire, a Churchill historian who assists with preservation of the Churchill gravesite at Bladon.