“Churchill and the Avoidable War” – by Richard M. Langworth 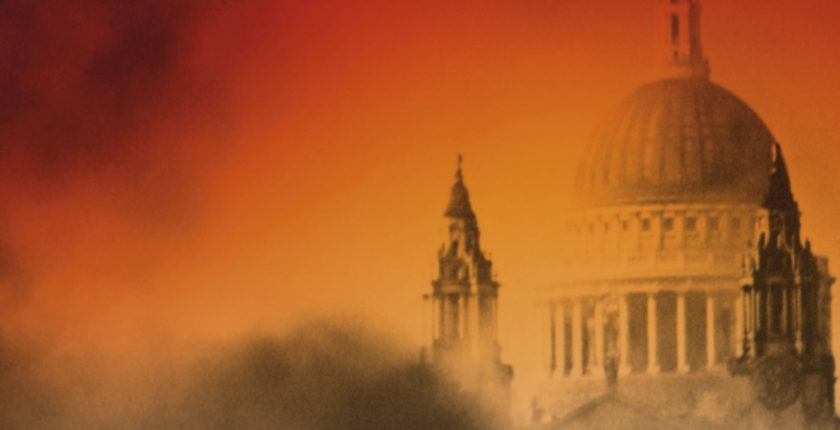 Churchill repeatedly asserted that the Second World War could have been easily avoided through firm and resolute action. Indeed, that claim stands at the beginning of his war memoirs, appearing in the preface to the first volume of The Second World War: “One day President Roosevelt told me that he was asking publicly for suggestions about what the war should be called. I said at once ‘The Unnecessary War.’ There never was a war more easy to stop than that which has just wrecked what was left of the world from the previous struggle.” This is but one of many such assertions. In his “Iron Curtain” Address at Fulton, Missouri in 1946, he declared his belief that the war could have been prevented “without the firing of a single shot.”

In Churchill and the Avoidable War, Richard Langworth undertakes a focused examination of this claim, helping us to walk again what Churchill called in 1938 “the stairway which leads to a dark gulf” that swallowed so many lives and so much treasure, that cast a shadow over the world which lingers still.

Many of the steps upon that stairway are well-known: inadequate military preparation, the Rhineland, the Austrian Anschluss, and Munich. But there were also other moments of lost potential opportunity: the failure to reach a démarche with the Russians sooner, the tepid nature of the guarantee to Poland, and Chamberlain’s rebuff of President Roosevelt’s early overtures.

Langworth examines each of these steps and opportunities in detail, bringing together what Churchill proposed at each stage with what we now know about the thoughts and actions of Hitler and others in relation to those proposals—seasoned with well-reasoned and honest speculation of what might have been—to investigate Churchill’s claim that the war could have been prevented.

The importance of Churchill’s declaration that World War II was avoidable must not be underestimated—it lies at the core of his statesmanship. Churchill saw the past as a treasury of human experience from which counsel could be drawn for present decisions. Once concluded, WW2 therefore constituted an immensely important teaching moment. Would its lessons go unheeded? Churchill was determined that they would not. But was Churchill right about the lessons?

Much of Churchill’s reputation with his admirers rests upon the perceived accuracy of his pronouncements about the coming of war. Churchill himself was not slow to remind the world that events had proven him correct. “Last time I saw it all coming and cried aloud to my own fellow-countrymen and to the world, but no one paid any attention,” he said at Fulton.

His purpose was not self-aggrandizement. He was again recommending a course of action, this time with regard to the Soviets, and again he wanted people to listen. Ever since, a great many people have claimed to be listening to Churchill. As Langworth notes, he has been looked to as a guide in international crises “from the 1948 Berlin blockade, through the Cold War, the Korean and Vietnam wars, the Suez and Cuban crises, Saddam Hussein’s Iraq, North Korea, and Iran.”

It is very Churchillian to look to history for guidance, but Langworth cautions against simple application of what was done to what must be done. Because the particulars of every situation are different, the study of Churchill does not provide a universal blueprint for action. While his thought and action certainly yield lessons, they have the character of general principles rather than precise instructions: “If there are echoes today to the challenges of Germany and the Rhineland, of Austria and Munich, we should consider what we can learn in terms of human nature, rather than equating them with modern conditions.”

As valuable as what Langworth argues is the way he argues it, examining “Churchill’s prescriptions to prevent war, not in retrospect but at the time—his formulas, his actions, the degree to which he pursued them.”  In doing so, he follows the method of Churchill himself, who built his account around his own writings issued during the time he was Prime Minister, reflecting what was known at the time rather than in retrospect. “Only in this way,” Churchill wrote in the preface to The Grand Alliance, “can the reader understand the actual problems we had to face as defined by the knowledge then in our possession.”

It is by reflecting on decisions as actually made by human beings—with all the irremovable uncertainty about the future—that useful judgments are possible. Churchill wrote that it was on this basis that he wished his own share in the conflict to be judged. In following that prescription, Langworth offers us something far more useful than retroactive approval or second-guessing. He gives us a vivid picture of a great statesman struggling to come to grips with immense difficulties and dangers within the always doubtful horizons of human decision.

Langworth asks us not to be “innocent readers” of Churchill’s telling of the war, recognizing it as a defense of Churchill’s beliefs and actions which is rightfully subject to re-examination. He points out that Churchill was not right about everything. He misread the degree of the support of Austrian public opinion for Anschluss, for example. Given his views, he did not push as hard as he might have on certain issues such as the Anglo-German Naval Agreement and the Rhineland.  But Langworth places these issues firmly in context, encouraging honest assessment in terms of significance and prudential considerations.

Copiously documented and artfully written, Churchill and the Avoidable War shows clearly that Churchill was, in the main, correct in his predictions and pronouncements. Churchill did not believe in inevitabilities beyond the influence of men. He held that steadfast and determined resolution in the face of threats could disarm them, and set the world on a better path. Undoubtedly, such a course entails difficulty and danger. So do all things worth doing under heaven. That is a lesson that will never lose its potency.