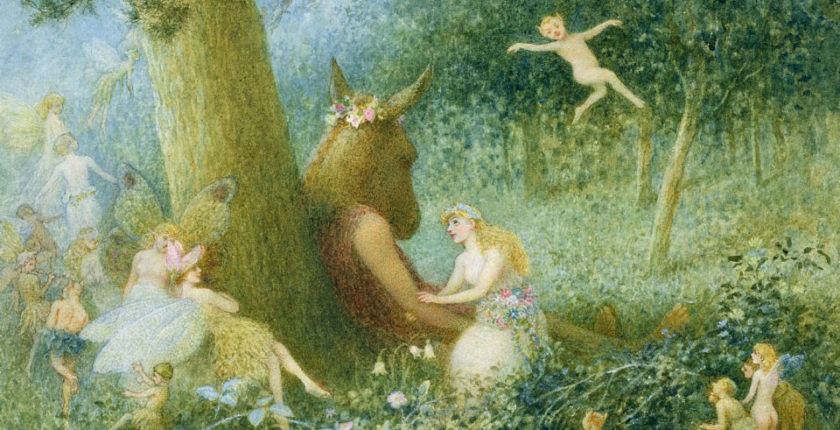 The director of an important Shakespeare Library has asked about Churchill’s connections to Shakespeare (aside for them being the two greatest Englishmen). We know from Richard Burton’s diary that Churchill could recite great tracts of Shakespeare by heart. Did Churchill quote the Bard in his writings and speeches? Indeed he did. We enthusiastically offered to assist the library in its research.

Coincidentally, this query came just after I watched a performance of my favorite Shakespeare play, A Midsummer Night’s Dream. Unfortunately, this being a trendy production, Lysander became a lesbian named Lysandra and Helena was a tall male wearing high heels, skirt and bodice. The sexes became hopelessly muddled when Puck sprinkled his love-juice into the wrong eyes and Lysandra fell for Helena, becoming temporarily heterosexual, in a way, given Helena’s actual gender.

Let me say at once that I have no quarrel with plays on LGBT themes. But one doesn’t meddle with the Bard—except to allow women to be played by women, and not by men, as they were with the prejudices in of their era. The next time I am offered tickets to MND, I will inquire into the format. “Well it is said that the course of true love never did run smooth.” (MND, act. 1, sc. 1, 134; Churchill, Marlborough I, 129.)

Darrell Holley’s excellent book, Churchill’s Literary Allusions (McFarland, 1987) devotes an entire chapter to Shakespeare references (#425-471). His #428, from Churchill’s speech at Richmond, Virginia, in March 1946, illustrates Sir Winston’s love of The Bard: “The light of the Elizabethan age, which Shakespeare, Raleigh and Grenville adorned, casts its unfading lustre upon our scene here and in Williamsburg nearby.” (Sinews of Peace, 107.) Holley writes (74):

There is no English author whom Churchill alludes to as often as to William Shakespeare. Both by formal quotations, some quite lengthy, and by well-known phrases almost hidden in his text, Churchill makes allusion to many of Shakespeare’s plays.

Somewhat surprisingly, he makes no reference to any of the sonnets. It is certainly not surprising, however, that Churchill should allude often to Shakespeare’s histories and tragedies, King John, Richard III and Hamlet being referred to most.

Churchill uses the lines of Shakespeare in various capacities: as illustrations in his History of the English Speaking Peoples, as embellishments in other historical works, and as support in speeches to Parliament. In various ways he borrows the Bard’s words to ornament his own ideas.

Shakespeare is quoted or referenced by Churchill in the Malakand Field Force, London to Ladysmith, Lord Randolph Churchill, The World Crisis, Thoughts and Adventures, Great Contemporaries, Marlborough, The Second World War, History of the English Speaking Peoples, and various speech volumes. Holley’s book is an excellent resource. We highly recommend it, although it is out of print and can be expensive. For an array of copies, click here.

Appended below are Darrell Holley’s Shakespeare allusions from Churchill’s last great history. Among other things, I was struck by Sir Winston’s assertion that famous myths have their place in national literature. In describing the death of the Duke of Clarence, Churchill alluded to Shakespeare’s account that he was drowned in a butt of Malmsey. “Why should it not be true?” Churchill asks (Birth of Britain, 477).

The importance of myth

This is not the only instance in his History where Churchill the romantic trumps Churchill the historian. Professor David Dilks recounts a similar episode related by Bill Deakin, Churchill’s literary assistant. Churchill had insisted on including the story (generally regarded as myth) that King Alfred the Great (849-899) served as kitchen-boy to a Saxon housewife. She once upbraided the King for not rescuing her cakes, which were burning in her oven while Alfred was distracted by preparations for a crucial battle with the Danes. “At times of crisis,” Churchill told Deakin, “myths have their historical importance.  The cakes symbolized a myth of British resistance in their sternest hour against the foreign invader, and were the source of inspiration to those dim distant figures, the Counts of the Saxon shore, striving to defend the island.”

For a man with so little formal education, Churchill was an impressive scholar. From his appreciation for Shakespeare and the other classics came his broad appreciation of Western civilization. Speaking at Harvard in 1943, in the midst of war, he found an opportunity to convey that sense in noble words:

“Law, language, literature—these are considerable factors. Common conceptions of what is right and decent, a marked regard for fair play, especially to the weak and poor, a stern sentiment of impartial justice, and above all the love of personal freedom…these are common conceptions on both sides of the ocean among the English-speaking peoples.”

Shakespeare Allusions in A History of the English-Speaking Peoples,
by Darrell Holley in Churchill’s Literary Allusions

(Page references are to the Dodd Mead American edition. Shakespeare’s words are in italics.)

• “Cunobelinus (Shakespeare’s Cymbeline) had established an overlordship over the southeast of the Island, with his capital at Colchester.” —20 (Cymbeline)

• “Thus the settlement in England was to modify the imported structure of Germanic life….The king was at first only the war-leader made permanent; but, once set up, he had his own interests, his own needs, and his own mortal dangers. To make himself secure became his paramount desire. ‘To be thus is nothing, but to be safely thus…’”—68 (Macbeth, act 3, sc. 1, lines 47-48)

• “The second personality which emerges from the restless scene is Hubert de Burgh. Shakespeare, whose magic finger touches in succession most of the peaks of English history and lights them with the sunrise so that all can see them standing out above the mountainous disorder, has brought Hubert to our ken.”—262 (King John)

• “The King [Henry V at Agincourt] was foremost in prowess:

• “When one of his officers, Sir Walter Hungerford, deplored the fact ‘that they had not but one ten thousand of those men in England that do no work today,’ the King [Henry V] rebuked him and revived his spirits in a speech to which Shakespeare has given an immortal form:

• “Only Shakespeare, basing himself largely upon Hall’s Chronicle, has portrayed its [Wars of the Roses] savage yet heroic lineaments. He does not attempt to draw conclusions, and for dramatic purposes telescopes events and campaigns.”—442

• [On Edward IV’s romance with Elizabeth Woodville:] “Shakespeare’s account, though somewhat crude, does not err in substance.”—459 (Richard III)

• “When King Edward and his victorious army entered London, always their partisan, especially at such moments, the triumph of the Yorkist cause was complete.

Once more we sit in England’s royal throne,
Re-purchas’d with the blood of enemies:
What valiant foemen, like to autumn’s corn,
Have we mow’d down, in tops of all their pride!
Three Dukes of Somerset, threefold renown’d
For hardy and undoubted champions;
Two Cliffords, as the father and the son,
And two Northumberlands: two braver men
Ne’er spurr’d their coursers at the trumpet’s sound;

With them, the two brave bears, Warwick and Montague,
That in their chains fetter’d the kingly lion,
And made the forest tremble when they roar’d.
Thus have we swept suspicion from our seat
And made our footstool of security.
Come hither, Bess, and let me kiss my boy.
Young Ned, for thee, thine uncles and myself
Have in our armour’s watch’d the winter’s night,
Went all afoot in summer’s scalding heat,
That thou mightst repossess the crown in peace;
And of our labours thou shalt reap the gain.” —473-74 (Henry VI, Part III, act 5., sc. 7, lines 1-20)

• ”According to Shakespeare the Duke [of Clarence, Edward IV’s disaffected brother] was drowned in a butt of Malmsey wine. This was certainly the popular legend believed by the sixteenth century. Why should it not be true? At any rate no one has attempted to prove any different tale. ‘False, fleeting, perjured Clarence’ passed out of the world astonished that his brother should have so long a memory and take things so seriously.”—477 (Richard III, act 1, sc. 4, lines 55, 273.)

• “No one in his lifetime seems to have remarked these deformities [King Richard III’s], but they are now very familiar to us through Shakespeare’s play.”—482 (Richard III)

• “Shakespeare was writing King John a few years later. His words struck into the hearts of his audiences: