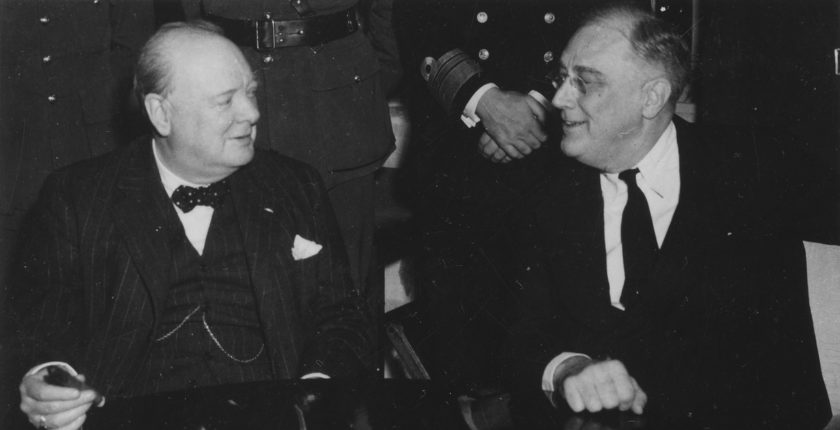 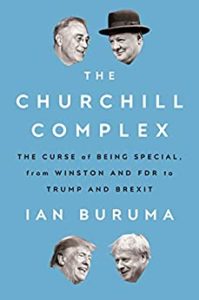 Ian Buruma is a Dutch academic living in the United States after an extensive period of residence in East Asia. His Wikipedia entry lists his “subjects” as “China, Japan, Occidentalism, Orientalism.” He has published at least 20 books. This book will amuse or aggravate many globalists, liberals, conservatives and American-firsters; it has something for everybody. All that, even though “progressives” forced Buruma’s resignation as editor of The New York Review of Books.

The most recent Buruma interview I could find  was in the Daily Telegraph in 2020: “The author and academic talks about the Left’s bigotry, Boris Johnson’s Churchillian traits, and being fired by the Twitter mob.” That is not what The Churchill Complex is about, but it offers some context concerning the author.

Mr. Buruma is an accomplished intellectual, that wonderfully vague term for smart literary people who write for and edit the best magazines—ones we might not agree with but who make us think. He offers an entertaining, urbane example of a popular parlor game: abducting Winston Churchill to validate your politics. It’s done by the left, by the right, by Churchill admirers and haters.

Sir Winston is, in some people’s minds, an all too fictitious figure: witness “Churchillian Drift,” devised by Nigel Rees and a favorite of Richard Langworth. It refers to many supposedly accurate Churchill epigrams and tales which are apocryphal, attributed to someone else, or made up for the convenience of the vendor. Buruma as much as admitted the abduction in a casual interview when he said Churchill was a “symbol”—of Ian Buruma’s personal politics (politics with which I often agreed).

Churchillian Drift can be creative, however incorrect. But Churchill out of his time, out of his era, is all too destructive of history, which never repeats itself. Winston Churchill was born in 1874 and died in 1965. He epitomized Great Britain in the late Victorian era and first half of the 20th century. He was a thinker on many timeless ideas, but he did not and does not tell us anything of historical value about, say, Donald Trump. Yet there is Trump on the dust jacket, along with Churchill, Franklin Roosevelt, and Boris Johnson; the latter as a stand-in for Brexit.

What will Churchillians gain from reading this? Like a number of British intellectuals, Buruma sees the Anglo-American Special Relationship (AASR) as a zero-sum game. Either you win or you lose, which was never the case. (38-45) The first two chapters survey the Second World War era, focusing on friction in Churchill-Roosevelt and Anglo-American relationships (big surprise). From this seed (which grows in later pages), doubt mounts that the AASR was ever anything more than a romanticized pretense, however useful or even necessary. The summaries of how each British government and American presidency interacted sets the stage.

Buruma’s “Churchill Complex” is the UK’s postwar fixation on sticking with the Americans to maintain its role in world affairs that Churchill argued the Empire had earned. Britain’s postwar prime ministers, one after another, mistakenly and foolishly counted on American support. The Suez debacle and Eisenhower’s painful arm-twisting should have taught the lesson. The Americans, according to Buruma, treated Britain as a come-along second class power at best.

Buruma says the “Churchill Complex” lured the UK from where it belonged in the New Europe. That foolish error left Britain vulnerable to the charms of Brexit, which called for a restoration of national pride and Commonwealth, while rejecting globalism and political ties to the European Union. Expressing his Dutch anti-elitism, Buruma calls Nigel Farage a “privately educated” demagogue who pitted the “people” against the “establishment.”

Present at the Creation?

However much Churchill promoted a positive Anglo-American relationship, he did not create it. Blaming, even a little, him and the “Churchill Complex” for British nationalism, as opposed to Europeanism, is absurd. Nationalist sentiment played a major role in getting Brexit passed, but the roots of that nationalist movement antedated Churchill by at least few centuries. Consider Elizabeth I (1558-1603). Lord Nelson likely garnered more public admiration than Sir Winston, who was rejected as soon as the Second World War ended. The same for British fascination with the Royals. Is silly? Yes. Is it harmful? No. Certainly no worse than American worship of movie stars. Is it historic? Absolutely.

On the dust jacket blurb and in the closing chapter (273), Buruma seems pleased to report that the Trump presidency proclaimed the end of the AASR and a new American isolation. It is only fair that I quote from the final paragraph: “The ideals expressed in the Atlantic Charter by Roosevelt and Churchill, and the institutions they built, did resemble something noble, despite the foolish and destructive wars undertaken by their successors, who were too eager to be seen as Churchill’s heirs. The order that emerged from World War II is coming to an end.” (282) The truth may be that the AASR will be taken off the shelf and dusted down when the next Anglo-American leader needs it.

Leaving us not quite agog…

…Buruma’s book is like a 300-page quip-filled column by Gail Collins, Maureen Dowd or Tucker Carlson, though the endnotes highlight Dean Acheson’s acid tongue. (Withal, it was Acheson who entitled his own memoir, Present at the Creation.) The quips are amusing, but backed by little evidence they remain somehow unsatisfying. Buruma notes how Anglo-American leaders routinely abducted Churchill to fit their own political purposes—just as Buruma does for his. Ironically, that Buruma even wrote this long essay, spanning eighty years, is testimony to the persistence of the AASR.

Just a suggestion: try David Reynolds’ Island Stories (2020) for a wiser, entertaining critique of British relations with “the Continent” (Europe of course), of the AASR, and (quite pointedly) of Brexit—but maybe not if you’re a Brixiteer.

Dr. Kimball is Robert Treat Professor (emeritus) at Rutgers University. The author of Forged in War and The Juggler: Franklin Roosevelt as Wartime Statesman, he edited the three-volume annotated collection of Churchill-Roosevelt Correspondence. He has published over 50 essays on Churchill, Roosevelt and the era of the Second World War. His institutional history, The United States Tennis Association: Raising the Game, was published in December 2017. Most recently he was Jones Distinguished Professor at Wofford College, Spartanburg, S.C., in spring 2019.