The Churchill Project - Hillsdale College > Articles > Q & A > Churchill in WWII > The Bear, the Whole Bear, and Nothing but the Bear

The Bear, the Whole Bear, and Nothing but the Bear 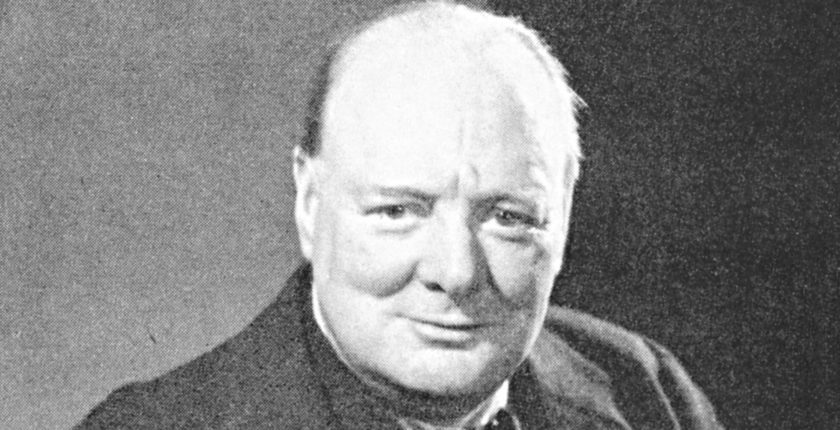 Chance questions lead us down a variety of interesting side alleys: in this case, Churchill’s animal analogies.

A reader asked when Churchill wrote: “We are so few, our enemy so many, our cause so great, that we cannot afford to weaken each other in any way.” Was it in one of the war speeches? No, but it is genuine.

That quotation is from a letter by Churchill to Alfred Duff Cooper on 22 November 1938, reproduced in The Gathering Storm 1

Duff Cooper had written regretting his references to Churchill during Parliamentary debate a few weeks after the 1938 Munich Agreement. In Volume 13 of The Churchill Documents, Sir Martin Gilbert reproduced Duff Cooper’s letter and his reply, which reads in part:

“In the position in which our small band of friends now is it is a great mistake ever to take points off one another. The only rule is: Help each other when you can, but never harm. Never help the Bear….I am entirely reassured by your charming letter. We are so few, enemies so many the cause so great, that we cannot afford to weaken each other in any way.”

We were intrigued by the words, “Never help the Bear.” Churchill usually used that to describe Russia, but in this case I believe he meant their political opposition.

Duff Cooper became a powerful Churchill ally in the battle against appeasement. In 1940 he became Minister of Information in the Churchill cabinet, and he was a successful Ambassador to France in 1944-48. When this letter was written, however, opposition to Munich was still very limited, and Churchill was anxious that it not dissipate over small differences

In Churchill’s lexicon, the bear was usually the enemy. Although he was diffident when applying it to the Russians, he had no compunctions when it came to the Germans. A famous quip was reprinted in his fourth volume of war memoirs, The Hinge of Fate,2 writing about his warning to General Auchinleck, commanding British forces in North Africa, that Rommel’s Afrika Korps might attack before the British did.

I have often tried to set down the strategic truths I have comprehended in the form of simple anecdotes, and they rank this way in my mind. One of them is the celebrated tale of the man who gave the powder to the bear. He mixed the powder with the greatest care, making sure that not only the ingredients but ​the proportions were absolutely correct. He rolled it up in a large paper spill, and was about to blow it down the bear’s throat. But the bear blew first.

Exactly what the powder was—be it medicine or a death-dealing drug—Churchill left to Auchinleck.