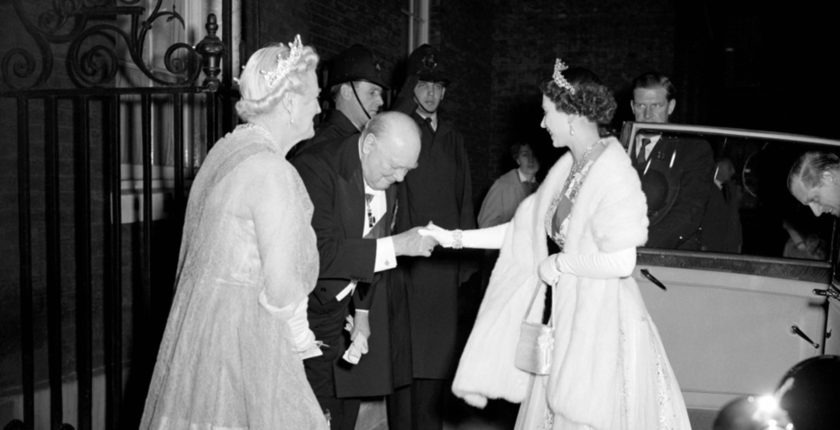 Questions: The Hillsdale College Churchill Project receives piles and piles, usually by email. They cover every subject under the sun.

We answer up to a question a day, and sometimes bring in experts on specialized matters, like genealogy, Churchill’s health, his paintings, or British military minutiae and heraldry.

After a talk on the subject, we always enjoy the question and answer sessions, because we never know where they will lead, and they are always interesting. We are continually impressed by the questions from audiences at Hillsdale’s Center for Constructive Alternatives seminars or National Leadership Seminar, or the Boston Athenaeum and Pritzger Military Library. They never ask a bad one.

Hence this section of the HCCP website. It might be entitled, “Churchill: Your Questions Answered.” We welcome all comers.

Questions we get by email often differ from the ones asked by library folk or students. They are most often from students, and reach a peak during school terms. Here is a sample from one month:

When did Churchill actually retire? Did he have Indian ancestors? Did he have Jewish ancestors? Did he have American ancestors, other than through his mother? What kind of leadership was Churchill known for? (The good kind, we replied.) What was his road to victory in the Second World War? (Golly). How much is the LP record set of his “Memoirs and Speeches” worth? (Not as much in the CD age as it once was.) What were his opinions on French collaborators and resisters? How did he cope with his bouts of depression? What was his birth weight? On what dates was he out of London during World War II?

Sometimes questions cause us to spend the better part of a day: “In his book, In Command of History, David Reynolds writes that Churchill’s memoirs say little about Japan until Pearl Harbor. Before Pearl Harbor, when Japan insisted that Britain close the Burma Road, Reynolds says Churchill argued for appeasing Japan while Lord Halifax argued for defying them—which put them on completely opposite sides from the way they are usually regarded. Did his single-minded concentration on Hitler help or hinder during the war?” (That answer took a while.)

“Did Churchill say or believe that European wars would decrease if the number of persons possessing British and French nationality, French and German nationality or British and German nationality would increase?” (A very wooly subject.) “Who commissioned the famous Chandor portrait?” (This led to some very interesting discoveries about Chandor’s paintings of Churchill and of his wife, and the unfinished painting of the Big Three at Yalta.)

Some students (not Hillsdale’s in our experience) write hoping that we will supply an essay for them. We are adept at spotting these. Example: “What was Winston Churchill’s vision? Please if you could reply before Monday it would be very much appreciated.”

But we never turn anyone away. In that case, we referenced the writer, a high school student, to certain pages on our website relevant to her question, and primed her with Churchill’s famous remarks to his non-cabinet colleagues upon his retirement in 1955. These certainly expressed his last great vision for the world.

We are often asked to verify quotations. Did Churchill say, for example: “A man is as big as the things that make him angry”….“These are not the worst of times, but the greatest of times”….“Success is not final, failure is not fatal”….“Let our advance worrying become our advance thinking and planning”….“Government exists only to protect its citizens”….“The United States and Great Britain are two nations divided by a common language”….“Ingratitude towards their great men is the mark of strong peoples.”

The answer to all of the above is “no.” The last quote was by Plutarch, the penultimate one by Oscar Wilde—though both might have been quoted by Churchill.

The answer “no” also applies to these frequent questioned quotations: “Democracy is the worst form of government except for all the other forms…” (Recited by but not original to Churchill.) “Americans can always be trusted to do the right thing after all other possibilities have been exhausted.” (Not verified). “Never give in”—a three-word speech, after which he supposedly sat down. (Certainly not.) “You had a choice between war and shame. You chose shame, and will get war anyway.” (Not in those words, and not to Neville Chamberlain.)

Some questions are so frequent we have stock answers which we keep on file to save time. “Was Churchill’s life saved twice by Alexander Fleming?” (Not even once.) “How did he have time to write so many novels?” (The questioner is mistaking him for the American novelist Winston Churchill). “What was the reading list for his self-education in India?” (A long one.) “How many thousands of dollars is this letter in his own hand worth?” ($25-50, when the questioner refers to facsimile holograph thank-you letters churned out by the hundreds by his Private Office.) “Did he ever make any mistakes?” (Well, yes.)

We mention these to give an idea of the breadth and fascination of questions—and because, having already answered all of them, we can look very wise indeed if you ask them again.

Featured Image: “When did he resign?” As Prime Minister on 5 April 1955, but he remained a Member of Parliament and active book publisher through 1964. The night before his resignation, the Churchills entertained HM The Queen and Prince Philip at 10 Downing Street. (UPI)