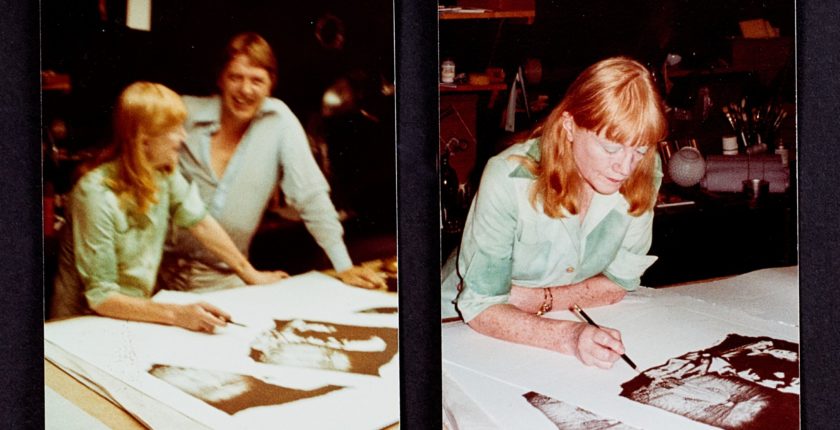 Lady Audley and Hooper signed the finished prints together to guarantee authenticity.

The Hooper Series and its Background

Working in tandem with the Churchill family and Graphic House Publishing in New Jersey,1 longtime admirer of the former prime minister, Curtis Hooper embarked on creating a series of limited-edition prints in the 1970’s. He titled the series “A Visual Philosophy of Sir Winston Churchill.”2

Hooper had earlier submitted for publication a limited-edition print of the movie star Peter Sellers. The publisher, intrigued by Hooper’s style, offered him the Churchill assignment. Delighted, he started work immediately, making substantial progress on the first two pieces within the first week.

The series—a collection of twenty-eight original pieces—attempts to depict the many facets of Churchill’s complex character. The series covers Churchill’s early childhood all the way through his second term as prime minister in the 1950s. Diving into both the public and private side of Churchill’s life, the series balances Churchill’s professional years as a soldier and war correspondent, a writer, a rhetorician, and a statesman with his private interests as a painter, aviation enthusiast, horseman, father, and husband. Hooper offers a complete, yet often overlooked, picture of the national and international icon.

The Churchill family played an important role in helping Hooper accomplish this feat. Through them, Hooper gained access to both public and private photographs and information as well as audience “with military leaders from the second World War, who worked directly with Sir Winston,” helping to paint him a full picture of the man to whom he would devote so much time.3

Before her death in the early stages of the project, Baroness Clementine Spencer Churchill provided helpful thoughts and commentary about Hooper’s works. However, Churchill’s second daughter, Sarah, Lady Audley, played the largest role in bringing the project to a successful fruition. Sarah hand-signed the entire collection of prints, which numbered in the thousands.

The exact number is indeterminate: although each was technically limited to 400, fewer were actually produced. Lady Audley always signed and numbered together to ensure completion and authenticity.

Lady Audley’s signature was not her only personal touch to the series. “Curtis noticed, as he got to know Sarah, that she would take small pieces of tracing paper and affectionately trace simple outlines of family photos, including her father.” Inspired, Hooper decided to include one of Sarah’s tracing in intaglio alongside both signatures and the embossment of the quotation on which each print was based.4

Hillsdale College has firmly asserted itself as an authority in the world of Churchill scholarship and research. Hillsdale College President, Dr. Larry P. Arnn, and his relationship with Sir Martin Gilbert, the official biographer of Sir Winston S. Churchill from 1968-2012, have played a pivotal role in this development. Sir Martin passed down the task of completing The Churchill Documents series in the official biography to Dr. Arnn who, in partnership with the College, conceived the Churchill Project. This project is devoted to promoting a right understanding of the life and legacy of Winston Churchill. In the coming years, the College, through the Project, will have completely archived Sir Martin Gilbert’s entire collection of papers used to write the biography.

Recently the College has entered a new realm of Churchill’s legacy: art. In February and March of 2017, Hillsdale’s fine arts building hosted a traveling exhibition of Churchill’s own paintings. In December of that same year, Hillsdale received an unexpected surprise; Norman Bacal, in partnership with Alberta Capital Corporation, in Trust, donated the complete set of drawings Curtis Hooper created for his lithograph series along with seven of the original lithographs, numbered and signed by Sarah herself.

Furthermore, the estate of Ken Boehm, in the Spring of 2018, donated his large collection of lithographs to Hillsdale College. It contains over 100 individual prints, all numbered and signed, and some of which are rare “artist proofs.”

With this recent acquisition, the College has shown its commitment to keeping Churchill’s legacy accessible to the general public. Following their arrival, the collection took center stage in the Daugherty Gallery of Hillsdale College’s Sage Center for the Arts. With free admission, this exhibition had people from all walks of life filing through to see an artist’s interpretation of this great life.

The collection is no longer displayed in the gallery. But much of it can still be enjoyed by anyone willing to take a bit of a walk around campus. The seven lithographs and sixteen of the original Hooper drawings have been mounted for permanent display throughout the Mossey Library as well as the Dow Hotel and Conference Center. Proudly showcased for all to enjoy, the collection will be a physical focal point of the College’s efforts to promote and share the Churchill legacy for many years to come. 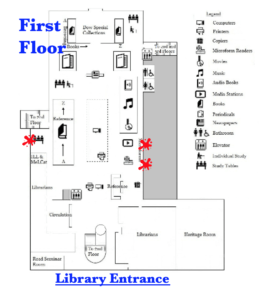 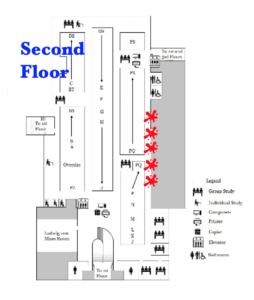 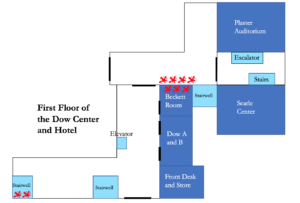 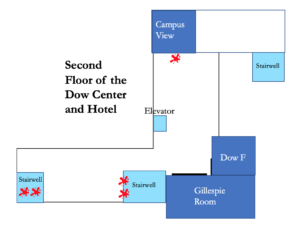