The Churchill Project - Hillsdale College > Articles > Explore > Churchill's Youth > 120 Years On: Did They Really Kill a Boer at Witbank?

120 Years On: Did They Really Kill a Boer at Witbank? 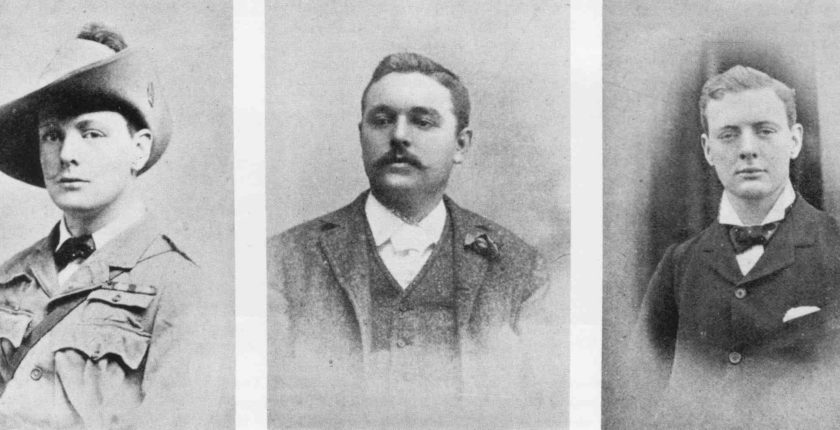 L-R: Young Winston in the Uniform of the South African Light Horse (Imperial Yeomanry cavalry regiment), where he served simultaneously as an officer and correspondent (the trace of his phantom moustache can be seen); Daniel Dewsnap of Oldham, who helped hide the escapee at Witbank; and Churchill in Oldham after his triumphant return and second campaign for Parliament. (Temple Magazine, 1901)

“Mr. Churchill”: A Portrait from 1901. How Bad Did Things Get at Witbank Colliery?” A Contemporary Account That Never Made the History Books.

The late Henry Crooks of Wantage, Oxfordshire, a devoted Churchill scholar, sent me this article in 1985. Diligent research has turned up no copyright, and it seems now well within the public domain. It is, first, an interesting contemporary impression of the young Winston. More arrestingly, author John Hulme provided the full story of his escape from the Boers only two years after the fact. He even revealed (in a photo) Daniel Dewsnap, the Oldham miner who helped hide Churchill at the Witbank colliery.

This was surprise because Churchill allegedly tried to keep his rescuers’ names—Daniel Dewsnap and John Howard—secret. In London to Ladysmith via Pretoria (1900), WSC wrote that “a man’s life” depended on his discretion. Churchill did not break his silence in print until publication of My Early Life in 1930. Yet several sources state that Churchill publicly greeted Dewsnap’s wife in Oldham during his second campaign for Parliament.

More contradictions: No other source mentions that WSC collapsed after identifying himself at the colliery. And his own account states that the first door he knocked on at the home of colliery manager John Howard. More arrestingly, this is the only account suggesting that Churchill’s collaborators actually killed a Boer who had learned they were hiding him. Celia Sandys’s excellent book, Churchill: Wanted Dead or Alive (1999), quotes part of Dewsnap’s conversation with the Boer detective Ghert Trichardt. But she tells us she never ran into the rumor that the miners resorted to violence.

We have edited out certain sections on long-vanished domestic issues, hoping that the readers will find the portrait that remains interesting, and the account of young Winston and his escape unique. —Richard M. Langworth

“A Plato in Petticoats”

In July 1899, Winston Churchill unsuccessfully fought a by-election at Oldham. A few months later, he sailed for South Africa in the capacity of war correspondent. His subsequent career needs no recapitulation here. It has loomed largely enough in the public eye to be easily read by an express-train passenger. It was during Mr. Churchill’s by-election contest that I was first afforded an opportunity of studying him at close quarters. A friend and I put in little work on behalf of Mr. Churchill. My friend often saw and conversed with him frequently, I less often.

Months afterwards we compared notes. “What is your opinion of Churchill?” I enquired. “Began at the wrong end. Ought to have started with sweeping the stage instead of playing leading parts,” was the gruff though kindly-meant reply of my amateur-theatricals-loving companion. To this reply I made no answer.

Frankly, I was puzzled. I had read a certain novel which Churchill wrote when a mere boy of 22. “Twenty-two years! Almost a Plato in petticoats,” was my mental note on finishing it. The tale [Savrola] is undoubtedly interspersed with more philosophy on women and politics than one usually associates with the experience of a young man of two-and-twenty. It was precisely written, too. Hence, after glancing at other work to which Mr. Churchill’s name appeared, expectancy ran moderately high.

The first time I heard him speak I anticipated a literary flavor, if not oratorical grace. He had neither. Later his escape from Pretoria, and his letters on the British-Boer campaign, invested him with a halo of interest. It raised expectations, yet again disappointment followed. Mr. Churchill and oratory are not neighbours, yet; nor do I think it likely they ever will be.

He uses carefully prepared notes, properly arranged according to the effect intended. His temperament is highly nervous, which may explain his tendency to over-gesticulate. A favorite platform attitude, used whenever he has made a point, is to place both hands on his hips as he beams the smile of satisfaction. At other times, when excited, he seems to be hammering home his words with both hands raised aloft.

Churchill finished his school career and professional training when he was but four months over the age of 20. That is an age when the average professional man is only beginning his course of study. Most of the five years and nine months since then he has spent in savage or semi-savage lands.

One suffers another disillusion on seeing Mr. Churchill enter a room. The idea forms of him from past descriptions. One pictures a broad-chested, well set-up, bright eyed, brown faced young man with a military carriage, a ringing voice and infectious smile. But the junior member for Oldham is rather slightly built, and his stoop dispels our preconceived notions of his soldier-like bearing. Light untanned complexion, faintly brown hair, rather dreamy eyes that frequently droop, a cleanly cut chin, shapely hands, and a quickly vanishing smile constitute the picture of his external appearance.

What a world of care seems to rest on Mr. Churchill’s shoulders! He seems to be always steeped in business, and to manifest at times a strange forgetfulness. One evening, he informed me, to my surprise, that he had forgotten the names of the principal towns where he has to lecture this winter in North America. It would hardly be correct to allude to either his wit or humour as prominent. Yet his eye brightens whenever either painting, politics, or soldiering is mentioned. His best expressions come out when discussing campaigns and Cabinet Ministers.

He is fond of painting, an admirer of novels dealing with soldier life, and also very accurately informed. He surprised a constituent who had been through the Franco-German War, by not only putting him right on a disputed point regarding a certain engagement, but also by repeating the number of killed, wounded and prisoners in every important battle in that campaign—from Worth and Gravelotte to the downfall of Paris.

The spirit to dare and the determination to do must also be placed to the credit side of his account. On the other hand his impatience of opposition lays him open to the charge of being lacking in deference to the ideas of others. In passing the above opinions, I am criticizing him by a high standard; a standard however, no higher than the pedestal on which recent events have placed him.  He is the man of the psychological moment. His lucky star is in the ascendant.

And now step inside Imagination’s car and journey with me to a scene in South Africa. ’Tis a wild looking place, exploited by the Transvaal and Delagoa Bay Collieries Company, three miles from Witbank, near Middleburg. A number of rough miners are congregated around the fire of one of the huts dotted about this bleak spot. Witbank is uninviting at best, but less so now, when the times are as tempestuous as the elements raging without.

“Lord help any poor fellow out of doors tonight!” exclaims one of the miners. Scarcely has the sound of assent died away when a knock is heard at the door. Every man springs to his feet and seeks his arms. For in that neighborhood friends are few, foes plentiful, spies everywhere.

The knocking being repeated, the door is opened. A man, haggard and tattered in appearance, staggers in, uttering as he does so the question: “Are you English?” Upon receiving an affirmative answer the stranger’s strength gives way, and he falls to the ground exhausted. The application of a flask of spirits revives him. Then in answer to their questions he states that he is a prisoner of war escaped from Pretoria.

Some of the company are inclined to doubt his story. But one of them, having received satisfactory answers to certain questions he had put, exclaims: “It’s all right, mates. This man is what he says he is—Winston Churchill, who put up for Oldham just last summer. I know the very house where he stayed during the election, for it is opposite my own home. Lads, we must stand by him.”

“Aye! That we will, Dan, now you’ve proved him to be a right ’un.” The Witbank miners decided to put him down the mine until they could make provision for getting him away on a Delagoa Bay-bound train.

At Witbank station a truck laden with bales of wool was selected as the one in which to secrete their man. The bales were arranged on either side of a two-foot space along the center. Across this space other bales of wool were placed, a few tiny openings being left for the admission of air.

Churchill, stowed away in the mine, was in ignorance of this. In ignorance he subsequently remained (until a short time ago) of the tragedy enacted to secure his freedom. About the third day of their preparations, a mounted detective—a well-known Boer spy, Ghert Trichardt—rode from Witbank. After announcing his suspicions, he demanded the surrender of the refugee.

“Now look here, Trichardt, we and you, although Britons and Boer, have lived on friendly terms for some time now. If you can just bear that little fact in mind, and close your eyes until we have finished this business, you needn’t hesitate about naming a good sum as the recompense for your blindness.”

“I want none of your money,” said Trichardt. “but I do want the man I’m after. And I’ll have him, even if I flood Witbank with soldiers, for I have a duty to my country to perform.”

“We too, have a duty to our country, and I to my townsman in particular, and I tell you, Ghert, you may flood the place, but we’ll not betray our man.”

I think it were better here to draw a veil over my narrative. What is left to the imagination is terrible; but as one of these rugged miners puts it: “Was one man to stand in our way? No. Many a better man than he had died in the war.”