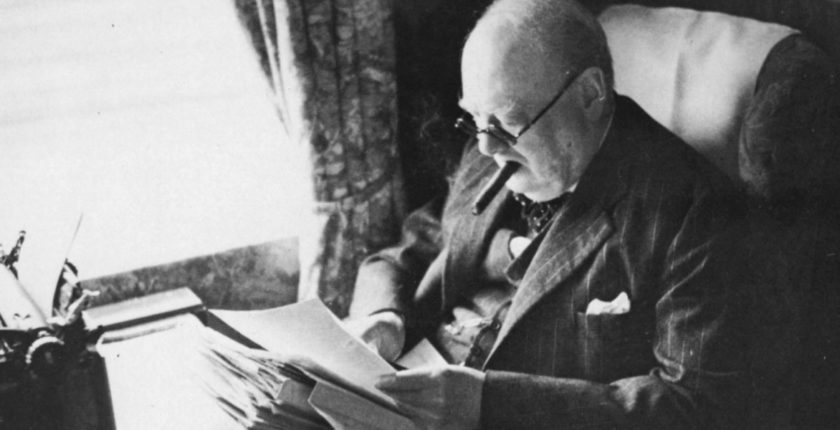 To mark the anniversary of Churchill’s honorary US citizenship, Hillsdale College and RosettaBooks are offering free Kindle downloads of all 8 volumes of the official biography on April 9-11 – An $80 value, absolutely free!

Click here to find out more about Hillsdale’s Churchill Project and how you can support it.

The official biography was conceived on a grand scale by Churchill’s son, Randolph, and became even grander when Martin Gilbert was appointed to oversee it in 1968. Sir Martin expanded its scope to include every relevant piece of documentary evidence that could be found in any archive. Under his direction, the official biography reached its full eight volumes of narrative, and 17 of 23 volumes of The Churchill Documents were completed. Together they provide both a rich treasury and a massive resource, carefully indexed and annotated. In 2012, Sir Martin’s declining health required that he turn the project over to Larry P. Arnn, President of Hillsdale College.

In addition to the free download, the College is also observing the anniversary with a brand new scholarship opportunity open to students in fall 2015. The Winston Churchill Endowed Scholarship will provide financial support to three undergraduate students and two graduate students who demonstrate an interest in politics and history and possess exceptional writing skills.

Select the volumes above to download your free copy!