Offices of the Lunacy Commissioners 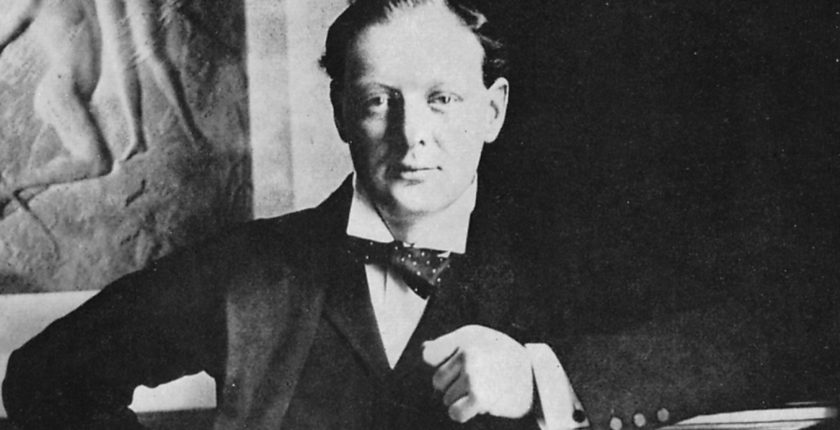 A colleague writes of an amusing Churchill remark in Oldham (his then-constituency), dated 19 January 1903:1

I have always cherished the hope that the removal of the War Office from the dilapidated rabbit warren which they occupy in a street whose very name is Pall Mall would inaugurate a new and brighter era of Administration. Nothing in their present methods favours that hope, and when I was walking by Whitehall the other day I noticed—and it seemed full of gloomy presage of the future—that the New War Office building is to be put up on the site previously occupied by the Asylums Board and offices of the Lunacy Commissioners.

There is a problem, our friend says, with this amusing gag. In the massive eight volumes of Winston S. Churchill: His Complete Speeches, editor Robert Rhodes James dates the speech January 17th not 19th, and does not include this passage at all. What gives?

The answer was an interesting drill for pedants but of possible interest to readers pursing the literary Churchill.

When compiling the Complete Speeches, Sir Robert used a team of undergraduates to track newspapers for speeches not in Hansard (the Parliamentary Debates). They didn’t always indicate (or perhaps even know) whether the speeches were excerpts. As to the date, Churchill cites 19 January in his speech volume, Mr. Brodrick’s Army, where Richard Langworth obtained the quotation.

I should first point out that, of the seven speeches in Mr. Brodrick’s Army, there are four date discrepancies when compared with the Complete Speeches. This is not unique to that volume: I found eight dating errors in Churchill’s much larger speech book, Liberalism and the Social Problem.

The speech in question was indeed given on Saturday, 17 January 1903, at a meeting of the Primrose League in the Co-operative Hall, Oldham. The first newspaper reports would have been published on Monday, 19 January. Hence the date discrepancy: one of quite a few in at least three of Churchill’s early speech volumes.

As to Churchill’s wry remark about the Lunacy Commissioners, we can only speculate, but with reasonable reliability. My conclusion is that Sir Robert’s minions probably picked up the text of this speech from reports in the Oldham Chronicle or the Manchester Guardian, which would have reported the correct date.

The newspaper versions of the text, however, would have been written by the reporter, who—not obliged to provide a courtroom-accurate transcription—reported what he thought significant in the space the editor had allocated to him. I would not hesitate to rely on Churchill’s version of the text in Mr. Brodrick’s Army. With his prodigious memory, he would have been able to recall it a few months later when Brodrick was published. It is, at absolute worst, the version he wished it to be, even if there were some post-delivery emendations (which he was known at times to make). The “Lunacy Commissioners” paragraph is so quintessentially Churchill that I would not hesitate to accept it as his.