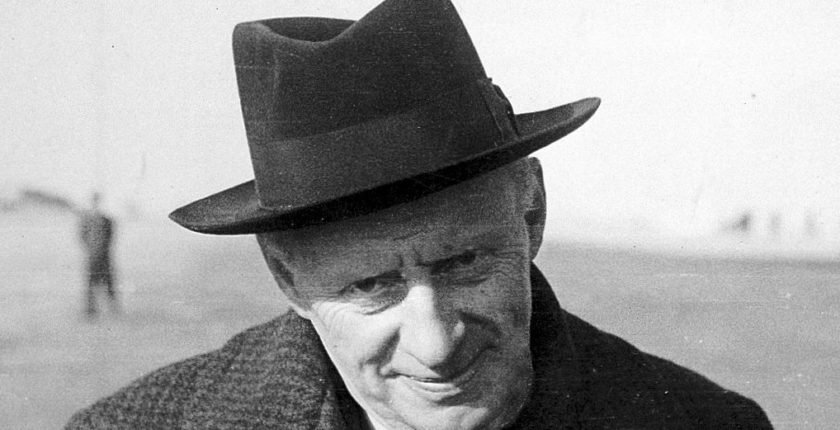 Charles Wilson, Lord Moran, in the Western Desert, 1943, possibly during his visit to a pneumonia-stricken Prime Minister at Carthage in December. (Wellcome Images, Creative Commons)

Health and History by Vale and Scadding

From 1940, the state of Churchill’s health is theoretically well documented. Years after his death, it was customary to turn for health details to his doctor, Charles Wilson, Lord Moran. The physician’s diary-based book, Churchill: The Struggle for Survival, 1940-65, was thought a breach of the doctor-patient privacy by Churchill’s family and friends. Yet Moran was the accustomed source for information on Churchill’s ailments. Drs. Vale and Scadding have greatly expanded our information.

In his book In Search of Churchill, Martin Gilbert revealed that some of Lord Moran’s “diaries” were not contemporaneous with their dates. “The mind boggles at how much misinformation may have crept into the history books, mine included, by such routes,” Sir Martin wrote. It was soon apparent that Lord Moran could not have been near Churchill when certain entries were written.

Since we did not know where we can give credence to what Lord Moran wrote, we lost our main—and copious—source of health information. Efforts to correct this lapse are underway by a number of medical experts. Two physicians, Dr. J. Allister Vale (National Poisons Information Service, City Hospital, University of Birmingham) and Dr. John W. Scadding (National Hospital for Neurology & Neurosurgery), offer a notable contribution. Though they use medical vocabulary, they also explain such terms, making their articles perfectly accessible to laymen. Vale and Scadding skillfully weave old and new sources into a seamless narrative. This abstract describes their articles in chronological rather than published order.

Churchill’s first bout with pneumonia is documented in My Early Life (1930). His son discusses it in the Official Biography, narrative volume I and The Churchill Documents, Vol. 1. Vale and Scadding remind the reader of these, together with a correction. Churchill was wrong why he was sent to the Misses Thompson school near Brighton. Probably, delicate health did lead to pneumonia (right lung only, not double pneumonia as he states). But that was only one factor. Another was the physical abuse he received as his previous school at Ascot.

There is a gripping narrative of young Winston’s progress towards the medical “crisis.” That was the word used by Dr. Roose when informing Lord Randolph of Winston’s illness. It refers to “the turning point of the disease in pre-antibiotic days after which the patient either improved or deteriorated.” The boy’s gradual improvement from mid-March to mid-April, when the patient was “getting on well,” is far less dramatic.

Dr. Roose ran a highly successful medical practice, serving cabinet ministers like Lord Randolph and Joseph Chamberlain. With young Winston he was assisted by Dr. Rutter, who, though without high-society patients, made far more money than Roose. (Curiously the authors refer to The Churchill Documents as “The Compendium.”)

Before drawing conclusions, it is important to understand the realities of pneumonia treatment in the 1880s. In the event, Winston’s childhood pneumonia had no bearing on its reoccurrence much later, in the 1940s,  [see next abstract], though his cigar smoking habit may have been important.

Lord Moran (then Charles Wilson) was on the job as Churchill went to Washington after Pearl Harbor, for lengthy conversations with President Roosevelt. His health suffered. He apparently suffered a “myocardial infarction” (heart attack or coronary thrombosis). Moran’s biographer, Richard Lovell, is important to the story. He researched and wrote about the drugs Moran prescribed to Churchill, providing precious clues to medical professionals on how Moran perceived Churchill’s health.

The key dates of this episode encompassed Churchill’s stay in Washington from 22 December to the 27th. On that evening Churchill complained of pain in his chest. Lord Moran wrote later that he decided not to tell him of a “coronary insufficiency.” Instead he said, “Your circulation was a bit sluggish. It is nothing serious.” In fact, Moran decided to have Churchill examined by an eminent cardiologist, Dr John Parkinson, once they were back in England.

This consultation did not take place until 10 February 1942. Vale and Scadding show that Churchill traveled to Canada and Florida, ending up finally at Bermuda, where he boarded (and sometimes piloted) a Boeing Clipper flying-boat that took him back to Britain.

Dr. Parkinson concluded that Churchill “had not suffered a coronary thrombosis. There was no ECG evidence that anything material had occurred a month previously. There might have been a temporary embarrassment in the circulation of the heart in Washington, though there was no evidence to prove this.” In other words, Moran was wrong, though he was careful not to mention Parkinson’s dismissal of his conclusions in his “diaries” On balance, his “diaries” vindicate Lord Moran’s decision: “In the context of the unusually close relationship between the two men, Wilson’s approach may be interpreted as both shrewd and appropriate.” Medical experts will agree that Dr Parkinson’s was the correct diagnosis. But though Moran was scientifically wrong, for reasons of State he was fundamentally right. “For political and personal reasons, Wilson did not inform anyone else, including Churchill himself, of his diagnosis.”

The unpublished autobiography of Lieutenant Colonel R.J.V. Pulvertaft, then assistant director of pathology, Central Laboratory, Cairo, abets our knowledge. This constitutes the main point of interest for scholars already familiar with Churchill’s account, and the numerous diaries and memoirs which allude to the incident.

It is important to consider the daily chronology of events. On 11 December 1943, Churchill caught a bad cold on his way to Tunis, returning from the Cairo and Teheran Conferences. Summoned by Moran, Pulvertaft was on the scene on the 13th. His testimony is of interest. He said no American ever claimed credit for their service, but emphasizes the critical importance of their aid.

Within twelve hours of Churchill taking ill, an American hospital in Tunis provided portable x-ray apparatus and an electro-cardiograph. Pulvertaft also obtained sulphadiazine, which he administering after lunch the next day. By 27 December, Churchill was well enough to leave his sick room and inspect troops outside.

What of the treatment Churchill received for pneumonia and atrial fibrillation, earlier explained as “racing and very irregular pulse”? The authors consider drugs which might technically have been administered, but were not. In the words of Dr. Guy Scadding, a respiratory disease specialist who was part of the medical team (and father of the co-author): “One does not make therapeutic experiments on the Prime Minister.”

Accordingly, Churchill’s medial team used well-tried medicines, in this instance sulphadiazine or digitalis. “In conclusion, though Churchill’s claim [in The Second World War] can be accepted that he did not relinquish his part in the direction of affairs, in all probability it is an overstatement given the severity of his illness for Churchill to claim that there was not the slightest delay in giving the decisions which were required and that all were optimal when he had a high fever.”

On 16 February 1943, having felt ill for a few days, Churchill finally sent for Lord Moran. The doctor lost no time asking for expert advice. Dr. Geoffrey Marshall, Senior Physician, Guy’s Hospital clearly had a sense of humor. He “described his entry into the Prime Minister’s bedroom as being filled with important men and tobacco smoke.”

But this was no time for pleasantries. Dr. Marshall immediately diagnosed pneumonia, a severe form which required a fortnight’s complete rest. Nurse Miles, whom Churchill had hired from the private wing at St. Mary’s Hospital together with Nurse Pugh, states that he prescribed a sulphonamide. Pugh wrote her physician husband “that M&B 760 (May & Baker, sulphathiazole) had been prescribed with the addition of potassium citrate to prevent sulphonamide-induced crystalluria.” (Such technical passages are few and far between.)

Brigadier L.E.H. Whitby, an expert on sulphonamides, arrived to reinforce the team. Moran, Marshall, and sometimes Whitby signed subsequent health bulletins. On March 1st: The Prime Minister’s condition is improving daily. He is getting up, and no further bulletins will be issued.” Two days later, Churchill left London for Chequers.

A wry recollection by Nurse Miles appeared in the Official Biography: “I had to march into the [all male] dining room after dinner and present him with a red capsule [a barbiturate hypnotic, quinalbarbitone 100 mg] on a large silver tray—I was then told: ‘The price of a good woman is above rubies.’”

Churchill’s next pneumonia occurred in August 1944, on his return from Italy via Morocco. The same team—Moran, Marshall and sometimes Whitby—followed him. They were vigilant of his temperature, too high for their comfort. Churchill did not want to miss his rendezvous with President Roosevelt at Quebec (12-14 September). Moran finally asked Dr. Whitby and Nurse Pugh to come to Canada with him. Once more, all went well.

Churchill was sixty-nine in February 1943 and seventy in August 1944. Overall mortality from pneumonia in the 1940s with sulphonamides was 10%, but 20% for those over sixty and 40% for those over seventy. Churchill had an ability to recover from potentially mortal attacks. Of course smoking and intake of alcohol may retard recovery. Yet in February 1943, Churchill agreed to lighten his workload “only partly.” He maintained his “usual output” in August-September 1944, when his illness was sless severe. It seems certain that Churchill had an exceptional constitution, corroborated by the very convincing and accessible arguments of these two medical experts.

Although no American personnel claimed credit for helping Churchill, they received thanks. After publication of this abstract, we received this photo of a letter thanking the American Captain Gregorio. The sender, Christine DeSalvo, writes:

“Captain Gregorio was my great grandfather on my father’s side of the family. My grandmother, Maryanne DiGregoria [her preferred spelling] Bennett, is his daughter. Nicholas John DiGregorio (he spelled it differently and dropped the “Di”) joined the U.S. Army. Nineteen forty-two found him  at the 37th General Hospital attached to the 8th Army.

“One day, he told my grandmother, his commanding officer told him to don full dress, grab his electrocardiograph, and ask no questions. He came to Churchill under the initial suspicion of a heart attack. His doctors diagnosed pneumonia. The original letter apparently went to his unit, and my family has only photocopies.”

Dear Sir, On his return to England Mr. Churchill asks me to write and thank you most sincerely for the servies rendered during his recent illness at Carthage by Captain Gregorio, and for he use of your electro-cardiogram apparatus. He is most grateful, and has been assured by his docors that he reports and results obtained were of the graetest possible value to them. —Yours truly [s], C.R. Thompson

Antoine Capet, FRHistS, is Professor Emeritus of British Studies at University of Rouen, France. He is author of a new reference work, Churchill: Le Dictionnaire. Abstracts are synopses of contents, not reviews or endorsements.