The Churchill Project - Hillsdale College > Articles > Resources > Churchill in WWII > War of the Unknown Warriors: As Heard in 1940

War of the Unknown Warriors: As Heard in 1940 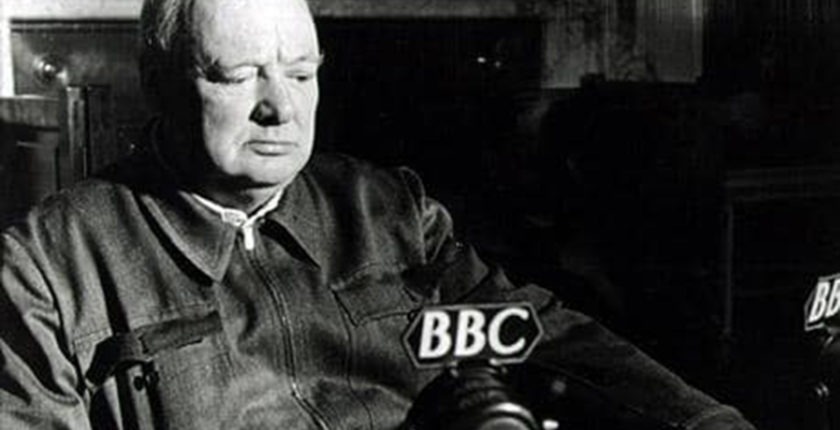 Here is a contemporary audiotape of Churchill’s 14 July 1940 broadcast, “War of the Unknown Warriors.”

Mers-el-Kebir and Oran, Morocco, 3 July 1940: A British task force destroyed or rendered unusable the French Navy’s most important warships. The military objective was to keep them out of the hands of the Germans after France had signed an armistice with Germany. Politically, however, the act had greater consequence. It convinced the world—particularly Roosevelt and the United States—that Britain would fight to the finish. It would “go on to the end,” as Churchill had declared.

“Unknown Warriors” was Churchill’s fourth broadcast as Prime Minister. It discussed, first, the controversial naval attack on Britain’s former ally. Secondly and more important, it offered Britons reasons for optimism. It is, Mr. Cohen notes, “more obscure than other broadcasts from that stirring summer.” But this is the original broadcast as heard at that time over the BBC. There is singularity about this.

Many of Churchill’s war speeches and memoirs were recorded by him after the war for HMV and Decca Records. Few survived in their contemporary form. Observers who heard both the originals and the postwar recordings have said that the latter lack his original fervor and fire (although they sound pretty good to us). But here is an original, offering the opportunity to hear Churchill at the time, in 1940—the year he said “nothing surpasses.”

“That melancholy phase in our relations with France has, so far as we are concerned, come to an end…. Let us think rather of the future. Today is the 14th of July, the national festival of France. A year ago in Paris I watched the stately parade down the Champs Élysées of the French Army and the French Empire. Who can foresee what the course of other years will bring?

“Faith is given to us, to help and comfort us when we stand in awe before the unfurling scroll of human destiny. And I proclaim my faith that some of us will live to see a 14th of July when a liberated France will once again rejoice in her greatness and in her glory, and once again stand forward as the champion of the freedom and the rights of man.”

“And now it has come to us to stand alone in the breach, and face the worst that the tyrant’s might and enmity can do. Bearing ourselves humbly before God, but conscious that we serve an unfolding purpose, we are ready to defend our native land against the invasion by which it is threatened.

“Should the invader come to Britain, there will be no placid lying down of the people in submission before him as we have seen, alas, in other countries. We shall defend every village, every town, and every city. The vast mass of London itself, fought street by street, could easily devour an entire hostile army; and we would rather see London laid in ruins and ashes than that it should be tamely and abjectly enslaved. I am bound to state these facts, because it is necessary to inform our people of our intentions, and thus to reassure them.”

War of the Unknown Warriors

“This is no war of chieftains or of princes, of dynasties or national ambition; it is a war of peoples and of causes. There are vast numbers not only in this island but in every land, who will render faithful service in this War, but whose names will never be known, whose deeds will never be recorded. This is a War of the Unknown Warriors; but let all strive without failing in faith or in duty; and the dark curse of Hitler will be lifted from our age.”