The Churchill Project - Hillsdale College > Articles > Q & A > Churchill in WWII > The Arts: “What are we fighting for”?

The Arts: “What are we fighting for”? 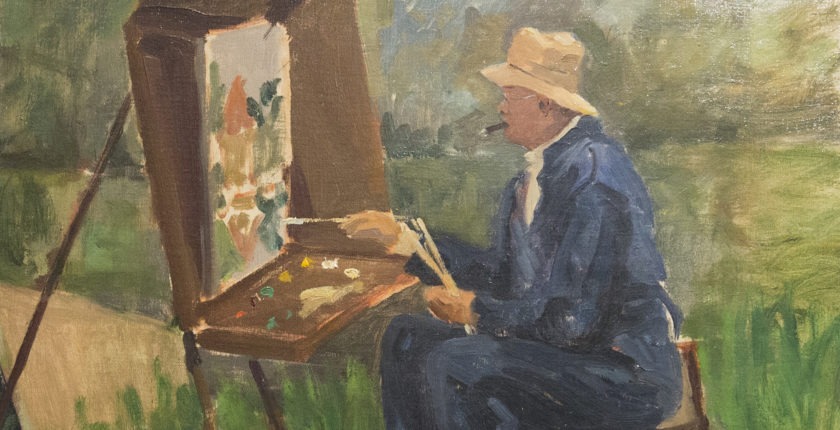 Q: We’ve been getting a lot of questions about an alleged Winston Churchill quotation and I’m trying to verify if it’s genuine. The story is that when Churchill was asked to cut funding to the arts in order to support the war effort in World War II, he responded “Then what would we be fighting for?” Have you ever seen this quote? I’ve seen a lot of sources saying that it’s fake but I would love to get your opinion. —Dan Evon, Snopes.com

A: This alleged quotation was ascribed to Churchill some years ago by the Village Voice, and has since migrated widely throughout the Internet. Unfortunately, our best efforts fail to find it among Churchill’s 15 million published words of speeches, papers, letters, articles or books.

The quote was reprised more recently by actor Kevin Spacey to Chris Matthews of MSNBC, though the YouTube post nicely corrects the misquote with a textual overlay. I had an interesting exchange with Mr. Spacey at the time, who was grateful for the correction.

He and we were glad to learn that Churchill nevertheless had expressed similar sentiments before the war started, in remarks to the Royal Academy on 30 April 1938. Although Churchill was referring particularly to painting and sculpture, it is not hard to extend his views to the Arts in general:

The arts are essential to any complete national life. The State owes it to itself to sustain and encourage them. The country possesses in the Royal Academy an institution of wealth and power for the purpose of encouraging the arts of painting and sculpture….

The Prime Minister [Neville Chamberlain], who spoke with so much feeling and thought on this subject, has reminded us of the old saying that it is by art man gets nearest to the angels and farthest from the animals. Indeed it is a pregnant thought. Here you have a man with a brush and palette. With a dozen blobs of pigment he makes a certain pattern on one or two square yards of canvas, and something is created which carries its shining message of inspiration not only to all who are living with him on the world, but across hundreds of years to generations unborn. It lights the path and links the thought of one generation with another, and in the realm of price holds its own in intrinsic value with an ingot of gold. Evidently we are in the presence of a mystery which strikes down to the deepest foundations of human genius and of human glory. Ill fares the race which fails to salute the arts with the reverence and delight which are their due.

“None must go…We are going to beat them.”

Sir Winston’s daughter, Lady Soames, recalled another comment about safeguarding works of art during the war, which Sir Martin Gilbert included in the official biography, Winston S. Churchill, by Martin Gilbert, vol. 6, Finest Hour 1939-1941, (Hillsdale College Press, 2011), page 449. This is not quite what the Village Voice reported, but close to the point. From D.J.M.D. Scott, 30 May 1940 (Premier papers 7/2) and Colville Diary, 1 June 1940:

…in the event of invasion, or even before invasion….The Foreign Office had put forward a suggestion to prepare to evacuate the Royal Family, and also the Government, to “some part of the Overseas Empire, where the war would continue to be waged.” When [Churchill’s personal assistant Desmond] Morton passed on this request to Churchill, the Prime Minister answered: “I believe we shall make them rue the day they try to invade our island. No such discussion can be permitted.”

At this same moment, the Director of the National Gallery, Kenneth Clark, suggested that the paintings in the National Gallery should be sent from London to Canada. Churchill was likewise against this suggestion, and emphatically so. “No,” he minuted, “bury them in caves and cellars. None must go. We are going to beat them.”

Paul Maze (1887-1979) met Churchill in the trenches of Flanders in 1916. With their shared love of art they became lifetime friends. Maze fought with the British Army. For his postwar memoir, A Frenchman in Khaki, Churchill wrote the foreword. Known as “the last of the Post-Impressionists,” Maze specialized in English themes like the Henley Regatta, yachting at Cowes, and Trooping the Colour at Buckingham Palace.