“I shall be the one to save London” 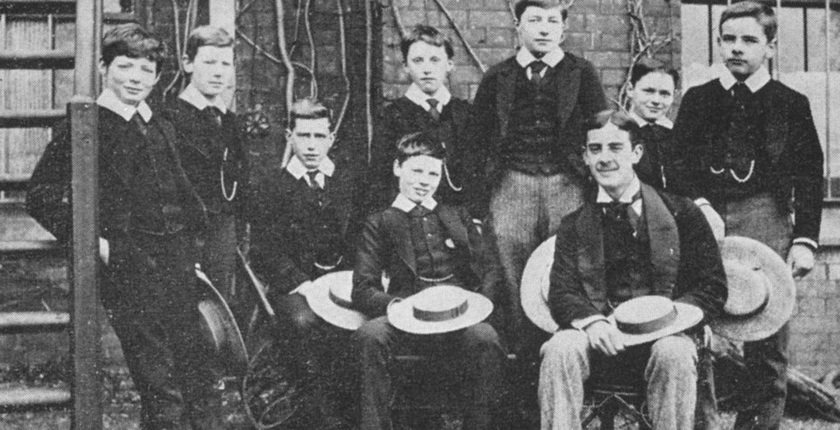 Q: I seem to recall Churchill when very young having a dream that he would save the British Empire in its hour of peril—many decades before that hour came, and before he became Prime Minister. Can you refresh me? —L.K., Dallas

​A: Churchill’s dream and prophesy was discovered by Martin Gilbert, who included it in his wonderful book, In Search of Churchill: A Historian’s Journey—a volume well worth seeking out. It unfolds the inside story of how the great historian wrote the Official Biography, Winston S. Churchill. Since this is Sir Martin’s story, it is appropriate that we let him tell it….

Even those who saw Churchill in his youth recognized something of the “genius, toil, courage and self-sacrifice” that Randolph Churchill listed in his letter to his father in 1955, in trying to cheer him up. Even while a schoolboy, his unusual qualities already marked him as someone out of the ordinary. The first recollection I found went back to those schooldays and came from a fellow schoolboy.

When I began my work for Randolph in 1962 this recollection was already part of the large pile of material awaiting inclusion in the biography. But, as sometimes happened in those days and still happens today, things of importance were set aside by very reason of their importance, and somehow slipped out of sight. When Randolph came to write his first volume this particular recollection was not in the correct file. I found it only after the Churchill papers had been transferred to Oxford from Randolph’s home at East Bergholt (where they were kept in the specially-designed strong room just outside the house).

The writer was Sir Muirland Evans, and the year that he recalled was 1891. It was a summer’s evening “in one of those dreadful basement rooms in the Head Master’s House, a Sunday evening, to be exact, after chapel evensong.

“We frankly discussed our futures. After placing me in the Diplomatic Service, perhaps because of my French descent from Admiral de Grasse who was defeated by Lord Rodney in the Battle of the Saints, 1782; or alternatively in finance, following my father’s career, we came to his own future.

“‘I don’t know, it is probable, but I shall have great adventures beginning soon after I leave here.’

“‘Are you going into politics? following your famous father?’

“‘I don’t know, but it is more than likely because, you see, I am not afraid to speak in public.’

“‘You do not seem at all clear about your intentions or desires.’

“‘That may be, but I have a wonderful idea of where I shall be eventually. I have dreams about it.’

“‘Well, I can see vast changes coming over a now peaceful world; great upheavals, terrible struggles; wars such as one cannot imagine; and I tell you London will be in danger—London will be attacked and I shall be very prominent in the defence of London.’

“‘How can you talk like that?’ I said; ‘we are for ever safe from invasion, since the days of Napoleon.’

“‘I see further ahead than you do. I see into the future. This country will be subjected somehow, to a tremendous invasion, by what means I do not know, but [warming up to his subject] I tell you I shall be in command of the defences of London and I shall save London and England from disaster.’

“‘Will you be a general then, in command of the troops?’

“‘I don’t know; dreams of the future are blurred but the main objective is clear. I repeat—London will be in danger and in the high position I shall occupy, it will fall to me to save the Capital and save the Empire.’”

Biographic note: Sir Muirland de Grasse Evans pursued neither diplomacy nor finance. A clergyman, he officiated for a time at St. Bartholemew’s, the oldest church in London. Sir Winston Churchill saved London and England from disaster.

Featured Image: Young Winston, left, with his schoolmates and house master, H.O.D. Davidson, Harrow School, 1889. From Mr. Davidson’s he moved to the Head Master’s House in 1890.