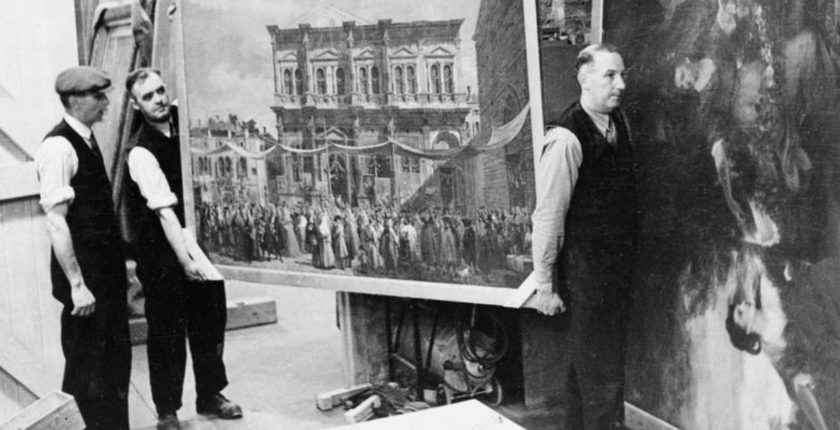 Please verify a Churchill story/quotation during his defense of his budget in front of the House of Commons while London was being bombed. A Member questioned Churchill’s increase in the arts budget while Britain was fighting for her life. Churchill supposedly responded that he could justify the increase “to remind us what we are fighting for.” – K.L., Chicago.

This alleged quotation was raised some few years ago in the Village Voice and is all over the web, but it is not among Churchill’s 15 million published words in speeches, papers, letters, articles or books.

It was reprised recently by actor Kevin Spacey to Chris Matthews of MSNBC, though the Youtube post actually corrects the misquote with a textual overlay. I had an interesting exchange with Mr. Spacey who was grateful for the correction.

I advised him that in addressing the Royal Academy on 30 April 1938, Churchill expressed similar views. Although he was referring to painting and sculpture, it is not hard to believe he would have applied these thoughts to the Arts in general:

The arts are essential to any complete national life. The State owes it to itself to sustain and encourage them….Ill fares the race which fails to salute the arts with the reverence and delight which are their due.

Sir Winston’s daughter Lady Soames put me on to another comment about safeguarding works of art during the war, recorded in the official biography. This is not quite what the Village Voice recorded, but in a way apropos…

The second matter concerned evacuation in the event of invasion, or even before invasion. This had been raised in several forms. The Foreign Office had put forward a suggestion to prepare to evacuate the Royal Family, and also the Government, to “some part of the Overseas Empire, where the war would continue to be waged.” When [Desmond] Morton passed on this request to Churchill, the Prime Minister answered: “I believe we shall make them rue the day they try to invade our island. No such discussion can be permitted.”

At this same moment, the Director of the National Gallery, Kenneth Clark, suggested that the paintings in the National Gallery should be sent from London to Canada. Churchill was likewise against this suggestion, and emphatically so. “No,” he min­uted, “bury them in caves and cellars. None must go. We are going to beat them.”1