The Churchill Project - Hillsdale College > Articles > Truths and Heresies > Churchill in Film and Video > Back in the News: Richard Burton’s Fraught Relationship with Churchill

Back in the News: Richard Burton’s Fraught Relationship with Churchill 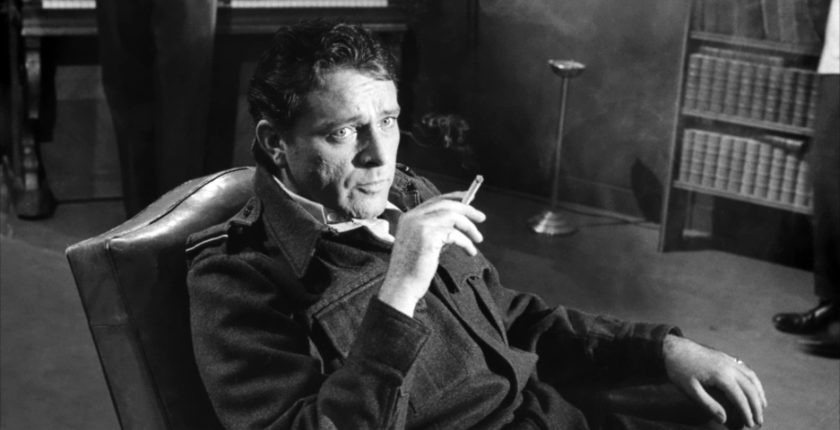 Coming soon in your neighborhood

The airwaves and Twitterverse are full of Churchill bile following recent sad events that have nothing to do with him. Churchill’s faults and errors are well known, so he is an easy target. Alas, most current criticism is unlearned, rising from skewed interpretations and out-of-context quotes. Surfacing again are attacks half a century old by the famed actor Richard Burton. Film critic John Beaufort first reported these in the Christian Science Monitor in 1972:

December 9th, 1972— Richard Burton has just given two of the oddest and most contradictory performances of his career. Both involved his portrayal of Winston Churchill in film The Gathering Storm. The prologue consisted of two articles by the actor in TV Guide and The New York  Times. Mr. Burton put on a good show as Winston Churchill, a bad show as Richard Burton. His intemperate anti-Churchill articles appeared just before the film was broadcast in the United States.

All the more astonishing, Burton had previously expressed only admiration for Churchill. Their encounters at the Old Vic, when Burton played Hamlet, were legendary. The actor recalled the Prime Minister reciting the lines with him, sputtering if he skipped any to save time. Burton called Churchill “this religion, this flag, this insignia.” Lady Williams of Elvel, the former Jane Portal, was WSC’s secretary in 1949-55. She remembered when “Richard came down to the front of the stage to speak the great Shakespearean words with Churchill. The audience was ecstatic.” Later she was a production advisor for The Gathering Storm. “I had the impression that Richard worshipped Sir Winston,” she said.

“To play Churchill is to hate him…”

…was now suddenly Burton’s refrain. “Churchill and all his kind…have stalked down the corridors of endless power all through history,”  he wrote. Why was he, the son of a Welsh miner, celebrating an enemy of his class—a “toy soldier” who never grew up? Meeting Churchill had been “like a blow under the heart…. My class and his hate each other to the seething point.”

The actor’s words are in vogue again. They fit well. Journalism seems largely to have parted company with old stand-by rules like “have multiple sources” or “verify your quotations.” Burton’s screed fits today’s narrative. Churchill was a war-mongering racist imperialist who despised the poor, brown and black. Here is Burton, bending quotes a half century ago:

Churchill quote, Burton version: “They [Germans] must bleed and burn, they must be crushed into a mass of smouldering ruins.” Churchill’s actual words: “It is our interest to engage the enemy’s air power at as many points as possible to make him bleed and burn and waste on the widest fronts” (23 April 1942).

Burton: “We shall wipe them [the Japanese] out, every one of them, men, women and children. There shall not be a Japanese left on the face of the earth.” (No portion of this resembles anything Churchill said or wrote.)

Burton correctly quoted “We are revolved to destroy Hitler and every vestige of the Nazi regime” (broadcast, 22 June 1941). Then he interpreted it: “What he was really saying was that ‘every vestige of the Nazi regime’ included the entire German race.” Churchill, writing of his visit to Berlin in 1945, said: “My hate had died with their surrender” (Triumph and Tragedy, 545).

We should be glad these were the only Churchill “quotes” in Burton’s catalogue of disdain. The rest consisted of boilerplate condemnation. Everything from despising Clement Attlee to WSC’s “baby-like, hairless, effeminate right hand, slowly slamming the table to some doomed rhythm known only to himself, and saying again and again in that bizarre cadence of his curious voice, ‘We were right to fight, we were right to fight’…. I went home and had a few nightmares.” Readers possessed of reason might have had a few nightmares themselves.

In those days we felt more confidence toward our heroes, and Burton reaped the whirlwind. The BBC Drama Department banned him for life. (Today they would probably be offering him a TV special.) In Parliament, Norman Tebbit spoke of “an actor past his peak indulging in a fit of pique, jealousy and ignorant comment.” More pointedly, Neville Trotter said: “If there were more Churchills and fewer Burtons we would be in a very much better country.”

The actor received scores of protesting letters. They went unanswered, even from friends like Robert Hardy. Instead, Burton doubled down. “Churchill has fascinated me since childhood,” he retorted—“a bogeyman who hated us, the mining class, motivelessly. He ordered a few of us to be shot, you know, and the orders were carried out.” Historian John Ramsden observed: “The myth of Tonypandy was still around to haunt Churchill’s memory.”

Why did Burton do it?

Richard Burton played to his audience. In 1962 he earned $100,000 for recording Churchill’s words in Jack Le Vien’s television series The Valiant Years. Dr. Ramsden believed he was nominated for that role by Churchill himself: “‘Get that boy from the Old Vic.’ [It was] arguably one of the best things he ever did.” Like Lady Williams, Le Vien saw in Burton only an admirer. The actor had a Churchill bust which, he said, was one of his “most treasured possessions.” He told both Clementine Churchill and Sir Winston’s grandson how much he admired “the old man.”

To different audiences Burton revealed other opinions. On television chat shows, Dr. Ramsden wrote, he would often emphasize: “‘I’m the son of a Welsh miner.’ Here too he was playing a part, for his lifestyle was way beyond the comprehension of Welsh miners.” Implicitly, such words undermined “the image of Churchill as an epic figure. He was in fact unhappy being Churchill partly because he had found in himself a tyrannical, domineering person…hard to live with and not the way he liked to think of himself.”

Dr. Ramsden’s final judgment is apposite: “As his career and life deteriorated around him and the fog of alcohol descended, Burton was trying desperately to play the man he had been long ago, and he at least knew what young Welshmen had been expected to believe about Winston Churchill. He was not asked to play either part again.”

John Ramsden quotations are from his thoughtful book Man of the Century: Winston Churchill and his Legend Since 1945 (London: HarperCollins, 2002).