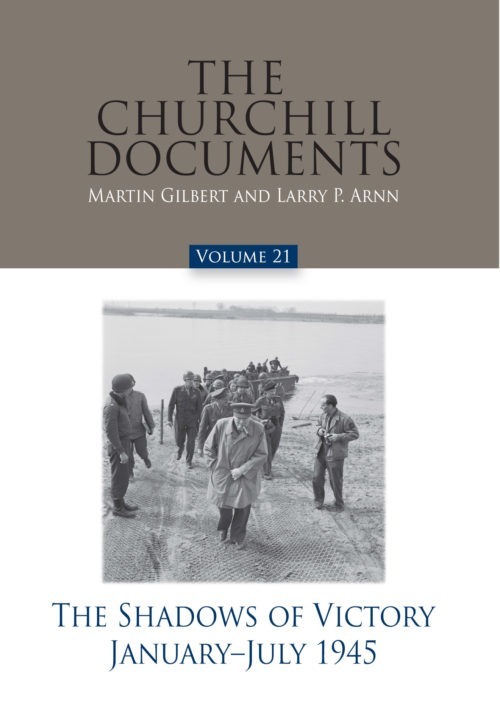 This volume relates Winston Churchill’s story from January through July 1945. During these seven months, Churchill travelled 10,000 miles, wrote more than 1,400 pieces of correspondence, and delivered over two dozen speeches. He attended the Yalta Conference with Stalin and Roosevelt, and he then dealt with the political ramifications of the latter’s death. He saw the defeat of Nazi Germany and the drawing shut of the Iron Curtain. He met with Stalin and Truman at Potsdam, but returned to England before the conference’s end following his loss in the July 5 General Election to Labour candidate Clement Attlee. These stories are known and preserved by Churchill’s letters, telegrams, minutes, and speeches. This volume contains that record.

In the Preface to this volume, editor Larry P. Arnn summarizes the significance of these seven months to Churchill and to the many peoples of the world: “The final volume of Churchill’s the Second World War is entitled Triumph and Tragedy. The documents in this volume exhibit both. The end of the war brought joy and relief to Churchill and to millions around the world. The emergence of the Soviet Union as a dominant and expanding tyranny, its control established in Eastern Europe and stretching across Asia to the Pacific, brought grief and apprehension to Churchill and tragedy to millions more. Meanwhile, famine and disease stalked through the rubble of Europe. Churchill wrote to his wife on February 1: ‘The misery of the whole world appals me and I fear increasingly that new struggles may arise out of those we are successfully ending.’”