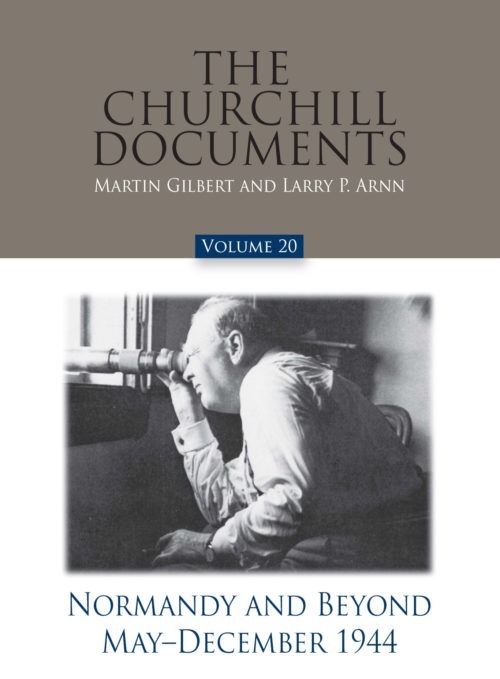 This volume relates Churchill’s story from the cross-Channel invasion of France to the end of the war’s fifth full year. During these eight months, Churchill traveled 35,000 miles, wrote more than 1,600 pieces of correspondence, and delivered over two dozen speeches. He hosted the first wartime conference of British Empire and Commonwealth prime ministers. He deliberated with the Allied military commanders over the impending invasion of southern France. He met with President Roosevelt in Quebec and with Premier Stalin in Moscow. He attempted to convince the Polish Government-in-Exile to make a deal with the Soviets and thus save their nation. These stories are known and preserved by Churchill’s letters, telegrams, minutes, and speeches. This volume contains that record.

Larry P. Arnn summarizes the significance to Churchill of these eight months: “By the end of the year, one could read the future of the world in the positions of the mighty armies closing in from all sides on Nazi Germany and Japan. Churchill read this future with alarm. The Nazis and their allies were soon to be beaten, but would the Soviets dominate Europe? Except at the margins, Churchill had neither time nor strength to alter the position of those armies, but he kept trying.
This sometimes placed him at odds with the United States, but he never forgot its importance for the war and the peace to follow.”

Be the first to review “Volume 20” Cancel reply