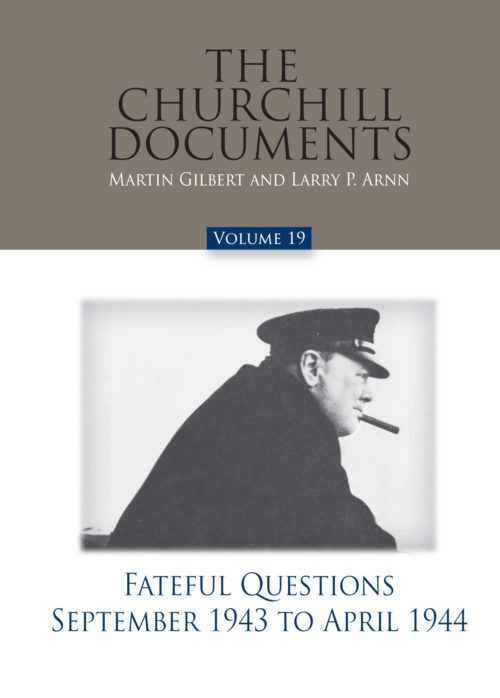 This volume relates Churchill’s story from the invasion of mainland Italy to the final preparations for Operation Overlord. During these eight months, Churchill traveled nearly 14,000 miles, wrote more than 1,800 pieces of correspondence, and delivered over a dozen speeches. As the tide of war turned in favor of the Allies, Churchill focused his attention and energy on matters such as the Italian campaign and its early stagnation, the three major Allied conferences at the end of 1943, the bombing campaign executed by the British and Americans against the German homeland, and the desperate need for landing craft to deploy in the impending cross-Channel invasion. Also during this period, Churchill’s involvement in the Soviet–Polish controversy displayed his nascent concerns over the influence of communism in post-war Europe. Despite the continuing destruction of war and uncertainty about upcoming operations, it was at long last possible to consider what the peace would look like.

As Larry P. Arnn writes in the preface, Churchill’s “early hope in the war was that Britain would conduct itself with honor and achieve its ‘finest hour,’ and if that were done, victory might be achieved. Now the victory looked sure.”

Be the first to review “Volume 19” Cancel reply