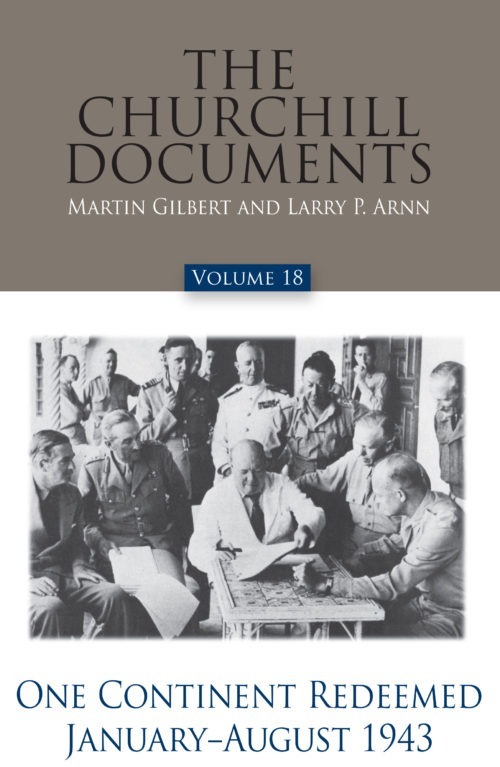 This volume tells Churchill’s story during the first eight months of 1943, beginning with the Casablanca Conference—the first of three meetings between Churchill and Roosevelt during these months—and ending with the Allied capture of Sicily. Among the topics addressed are Stalin’s persistent demands for the opening of a Second Front in Western Europe, the dramatic events leading up to the expulsion of the Axis from Africa, the raging war against the U-boats in the Atlantic, and Churchill’s speech to Congress in May 1943. Celebrating “one continent redeemed” from the enemy’s grip, Churchill proclaimed in this speech that “the mellow light of victory now begins to play” on the world war.

“One will see in this volume,” Larry P. Arnn writes in the preface, “how one of the most powerful and significant individuals in history did his work and made his judgements. Churchill writes elsewhere that the challenges facing warriors and statesmen consist not only in the qualitative decisions they must make, but yet more in the quantity of shifting things they must take into account. Here, in context, is the story of how Winston Churchill made those decisions in the first eight months of 1943.”