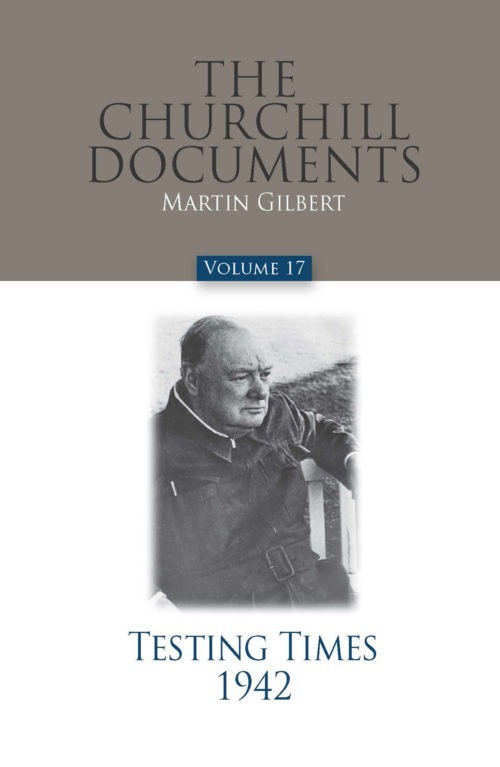 This volume covers the year 1942, a year Churchill called “the Hinge of Fate,” in which the Grand Alliance, hitherto engulfed in a storm of military failure, began to see signs of a future victory against the Axis powers. Sir Martin Gilbert selected the enclosed documents to produce a more comprehensive and faithful account of Churchill’s involvement in this year of the Second World War than any previous publication. In the words of the forward by Larry P. Arnn, who will assume the work to produce the final five volumes of The Churchill Documents, this volume holds “a rich account of these events, cataclysmic and glorious in alternation. One can see the statesman grappling with enormous difficulties, guessing the future, taking enormous risks on inadequate knowledge.”

Bad news from Africa, the Atlantic, and Asia characterized much of the year, resulting in Churchill facing two votes of confidence at home. Yet by year’s end, the Soviets had defeated the Germans at Stalingrad, the Allies had gained a key victory in Africa at El Alamein, and Churchill was politically secure. Following his premiership through the Second World War, the release of Testing Times marks nearly five decades of Churchill’s writings and correspondence published in The Churchill Documents.