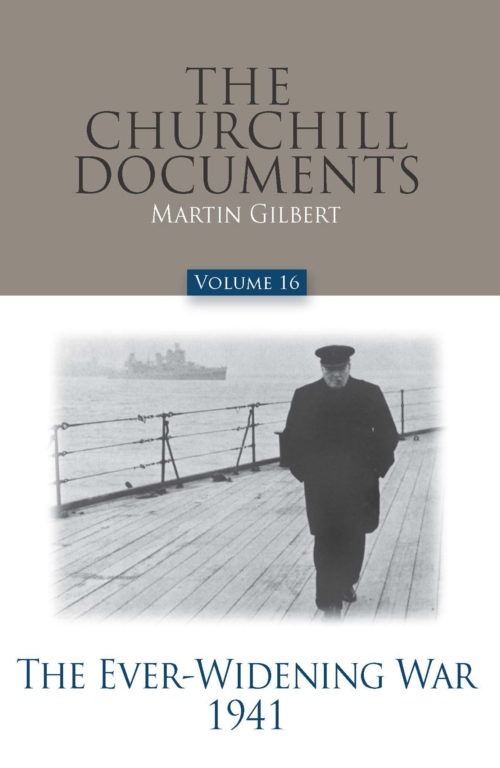 Volume 16 of The Churchill Documents chronicles the dramatic events of 1941. Editor Sir Martin Gilbert’s masterful selection of documents, many of them secret at the time, reveals Churchill’s energy and decisiveness in every aspect of war, his strategic grasp, and the vibrant human side of his forceful personality. To read The Ever-Widening War is to enter into Churchill’s experience of leading Britain through the greatest crisis of the 20th century.

When Churchill took office as Prime Minsiter, Britain stood alone against Germany. She faced massive air raids, starvation, and the threat of invasion. By the end of 1941, Hitler threatened the defeat of the Soviet Union. Within hours of the German attack, Churchill made the decisive commitment to give the Soviets whatever help Britain could, and to persuade the United States to do likewise. That same December, Japan’s surprise air assault on Pearl Harbor brought the United States into the war as Britain’s essential fighting ally.